Irrigation Insight: What is the answer to maintaining profitable production on the Texas Plains as available irrigation water continues to decline and drought persists? 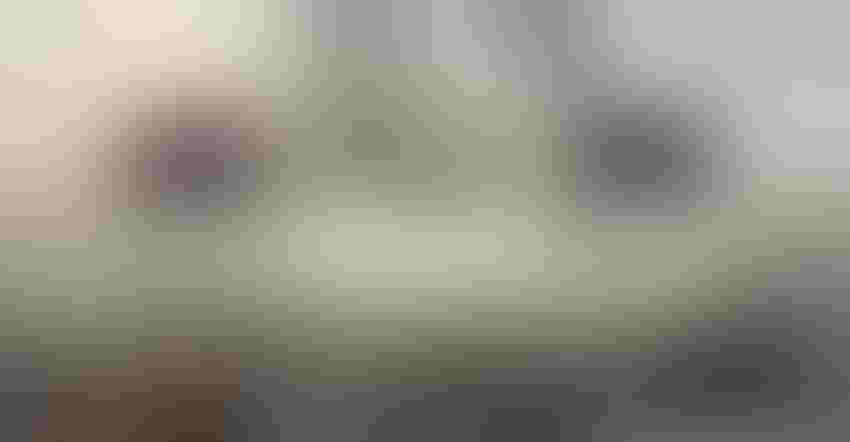 The 2022 drought that dried up much of the Southwest water capacity, as well as crop prospects, reinforced the need for farmers to continue to find ways to use water more efficiently.

“We are not going to have as much water to irrigate in the future as we do today,” says John Duff, a consultant to National Sorghum Producers, Lubbock.

Duff adds that the South Plains region has witnessed declining water availability “since the first wells were drilled.”

That could be a dire prediction, but Duff remains at least somewhat optimistic. “The situation is more nuanced than running out of water to irrigate,” he says.

“Certainly, wells are not pumping what they used to pump; that's nothing new. But yields are just as strong, or stronger, as they ever were, even with the decreasing availability of irrigation water.” 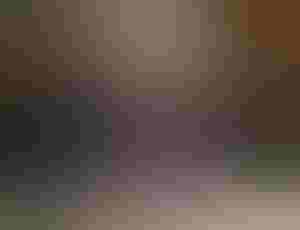 He credits better genetics, changes in crop management, and improved irrigation technology for maintaining yields. “It’s pretty amazing that we're able to do that.” Still, more change will be necessary. “The risk is that we're going to completely run out of water.” Regardless of technology and genetics, he says, “it still takes water to grow plants. You can't grow anything on absolutely nothing. That’s what we're worried about. So, we have to figure out how to reckon with that, how we transition in a way that won't inhibit economic growth to the region.”

He doesn’t anticipate either a state or federal solution to water resources management.

“We've never seen water regulation at the federal level. What we see today, and what we're certainly going to see more of in the future, will be incentives, possibly cost share programs, to address irrigation efficiency. Converting from less efficient to more efficient technologies — from pivots to drip and row water to pivot or drip — is something we will continue to see.”

Duff says the Environmental Quality Incentive Program (EQIP) from the Natural Resources Conservation Service is one of the most popular programs available to farmers.

NSP, he says, advocates those conservation efforts. “If the technologies recommended through EQIP are managed correctly, irrigated sorghum is an incredible tool for conservation.”

Duff concedes that a one-fits-all approach to managing irrigation is a pipe dream. It’s especially difficult in a region as diverse as the Southwest, where state water laws are “a patchwork quilt of policies that vary not only at the state level but also within counties, sometimes within the water district.”

He also concedes that farmers are not fond of regulations, but many understand the need to monitor and conserve valuable water resources. Voluntary restrictions seem to work, he says.

Duff cites an area in northwest Kansas as a fitting example of how voluntary restrictions can benefit farmers. The Local Enhanced Management Area, “baked into Kansas State law, gives farmers the ability to restrict water voluntarily.

“Producers imposed a 12-inch pumping restriction on themselves,” Duff explains. “The limits were democratically approved by members in that groundwater management district. They all bought in.”

The program succeeded. “Not only have they not seen yields decline significantly for any crops in the area, but they have seen profitability increase. Most importantly, they saw groundwater declines stop.

“It goes against conventional wisdom that you could do anything to affect what's happening underground, because if you don't pump it, your neighbor will pump it,” Duff says. “Northwest Kansas disproves that.”

But it took a buy-in from all water district members to make it work.

“That's one situation,” Duff says, “and every area is different. I’m not saying that option applies everywhere, but these growers showed that stopping or limiting pumping halts the decline. Also, they were able to be more profitable.”

Duff says the Kansas growers had no choice. “They had to figure out how to be more profitable. They adopted precision irrigation technology, converted to LEPA, added sorghum to the crop mix. They figured out how to improve profitability.”

That framework, voluntary restrictions and improved crop and irrigation management, Duff says, can work in other areas, with local adaptations. “Frameworks already in place can be useful when combined with the right technologies and the right crops to help make farmers even more efficient than they are today,” he says.

Duff doesn’t expect to see wholesale changes in Texas water law. “I think we will manage with current state laws,” he says. “We have to figure out a way to manage this decline. Although the Kansas scenario doesn't exactly translate, we have done similar programs with water districts. The High Plains and North Plains districts have 18-inch, self-imposed restrictions.

“Nobody can pump 18 inches now,” he says, “but they can put quarters and sections together and get more than 18 inches on a land-acre if the land's put together properly. It's just a matter of finding the mix that works for individual property rights, Texas law, farmers, and our irrigation systems. Any policy we adopt has to work for the farmer.”

Farmers appear to be receptive to programs that improve water use efficiency. “They are much more aware of the declining water table and the need to be more efficient than they were just a few years ago,” Duff says. “We saw management changes mid-season this year.”

He says some of the same farmers who struggled through 2011 faced a different situation this year because they had no moisture to begin with. “They had different crop mixes, or they cut back irrigated acres, recognizing early that they didn't have the capacity they did in 2011, when some probably didn't make any changes.”

Duff says years like 2022 emphasize how adaptable farmers are. He referenced a farm modeling course he took several years ago that presented an opportunity to analyze various outcomes from several options a farmer could take.

“We modeled profitability given a set of assumptions. At the end of a complex modeling exercise that took three hours, we arrived at exactly the outcome you would expect.”

He says farmers “have these models built into their heads, their hearts, their souls, their guts, and they manage based on these intuitive models every day. I'm constantly amazed at farmers. Farmers are smart; they know all this intuitively. Models can augment management, but intuitively, the farmer already knows all this stuff.”

Duff says farmers will need to rely on that intuition as they transition to a time when water resources will be even more limited than they are now.

He anticipates more emphasis on conservation through EQIP and other programs that make it easier for farmers to use that intuition. He expects the next farm bill will include more funding for conservation, which could assist producers in adopting practices and technologies that improve water use efficiency.

“It's often a matter of capital; either they don't have the capital, or the structure of their payments don't allow for changes. These incentives make it a little easier to take that next step.”

He recommends that farmers visit local NRCS offices as well as commodity organizations to determine what opportunities are available. “NRCS offers hundreds of programs that farmers can use to improve efficiency.”

He cites research that shows variable rate moisture sensors may increase profitability by as much as $100 an acre. “The odd thing is the increase came not from saving water and not from increasing yield but from improved quality. It’s amazing to see that big a response in cotton quality from changing the water a little bit.”

Those incentives are what Duff envisions as crucial elements for future water management. “We're going to have more funds to pay for precision agriculture adoption, whether it’s variable rate sprinkler technology, conversion to LEPA or drip irrigation, or something else. We will continue to see funding for those things. We just need to figure out how to help farmers manage with the tools incentives make affordable.”

For more articles about water management, click on the following links: