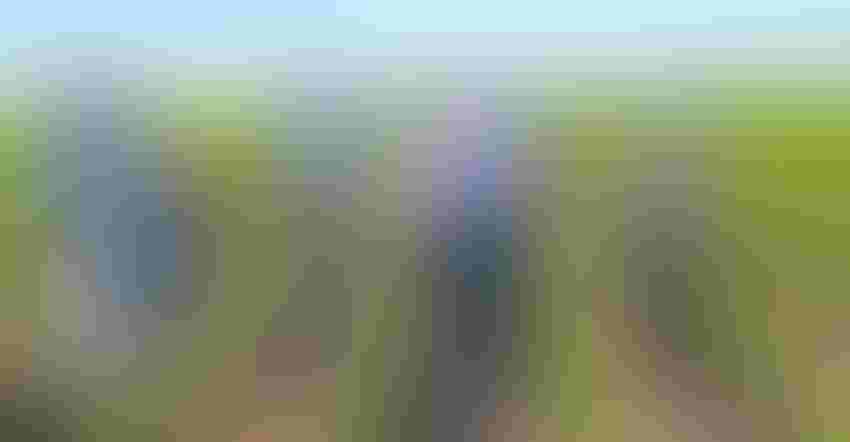 “We don’t have enough water, and the situation is not getting any better,” says Jeff Miller, owner of Forefront Agronomy, a Plainview, Texas, consulting firm.

The worst drawdown in recent years, Miller says, was in 2011. “But wells have been dropping for decades. Now, they are losing as much as 3 feet to 10 feet a year, depending on location.”

He says 2022 has been worse than 2011. “Part of the challenge with a year like this is that we have similar conditions to 2011, but without as much irrigation capacity as in 2011 to salvage a cotton crop.”

He sees no new technology on the horizon that will make a big impact on irrigation efficiency in the near term. But he does believe farmers are making a difference with technology and management practices currently available.

Cultural practices, water monitoring, variety selection, and other management systems all play roles. “We have to infiltrate and store every inch of water as efficiently and effectively as we can apply it,” he says.

Also, 2022 was so dry early that many farmers “walked away from crops by the first of July. They did only what was necessary to manage weeds and maintain the soil.”

Miller says the farmers doing the best jobs with water management incorporate some crop rotation into their cropping systems. “Rotation allows them to spread water use and high residue crops help build the soil and capture rainwater.” He says cover crops also make a difference,

“Also, a lot of producers are using soil moisture sensors. Sensors show how much moisture is available in the soil and what the plant is using, so they can match water need to crop growth stage.”

He says a few more farmers add sensors every year. “Some add another field or two. It’s been a slow adoption process, but producers are finding benefits. This year, they may not be saving water, but they are making better decisions on when to start and cut off irrigation, adjusting application timing and amount, possibly shutting off for a few days, and even when to walk away from the crop.

“Sensors help determine when to start and when to stop irrigation as well as how much to apply. In a rotation system, sensors help identify when each crop needs water.”

He says some farmers are taking marginal land out of production, freeing wells to irrigate more productive acreage. “I’m seeing more acres go into conservation use and pasture. It’s not a wholesale situation across the area, but some farms need to be in a program like that.

“I expect to see farmers plant more feed grains and move cotton around more.  We likely will see more rotation.”

Rotation does more than just spread water use, Miller says. “We’ve shown that cotton in the first year following corn or grain sorghum will pick up 300 to 400 pounds of yield. We’ve seen a 150-pound advantage in the second year. By the third year, yields are about the same as before rotation.”

“Sometimes producers make no money on the rotation crop, but they don’t lose anything. Rotation makes the system better.”

The combination of "high energy prices and the economics of conservation makes sense. Producers can’t afford to run a plow across the field four or five times.”

Miller has run his own consulting firm for five years but has been in the industry for more than 25. “I’ve seen lot of changes in that time,” he says.

Tillage technology has changed significantly. “Tillage equipment is bigger, faster, and smarter. As farms continue to get bigger, farmer numbers decline, and the efficiency factor is important.”

He says irrigation efficiency has changed with technology. “We’ve moved from flood to pivots, to LEPA, to drip, and now we shut individual nozzles on or off to manage irrigation at a micro level. Also, exciting things are coming along utilizing satellite imagery to allow producers to put water where it belongs.”

Miller says drones and planes currently lack the “scalability” necessary to fine tune irrigation application. “And it takes too much time to get it done. Satellite imagery has gotten better over the years. We get photos four or five times a week. Then we can get a drone or a plane to dial into a specific area identified by satellite imagery.

“That makes me more efficient since I’m not spending all my time in good fields. I can diagnose issues in weaker areas and develop strategies to offset the problems.”

He says satellite imagery is one piece of technology that should be in a farm’s toolbox to help improve water management. “To improve efficient cropping systems, we have to use every tool available.”

Drought tolerant varieties will also have a place in that toolbox. “We can see some differences with drought tolerance. Drought tolerant corn hybrids, for instance, silk better and set ears better in drought conditions. In a bad drought, those plants might stay alive another 10 days.”

Those extra few days could buy enough time to irrigate or to get rain, Miller says. “Crops still need water and corn is not a cactus. Hybrids are better than they were in the 90s, but it’s important to pay attention to how we put them into our cropping systems.”

Miller says urban sprawl takes some water away from agriculture. “It’s not as bad in the High Plains as it is down the I-35 corridor, but Amarillo and Lubbock are not getting smaller. The need to feed that population also comes into play.”

In years ahead Miller says irrigation capacity might limit how much or how long a producer can water crops. “Irrigation could be used just to get a crop started.” But he’s convinced that irrigation will continue to be an essential part of High Plains agriculture.