Heath Heinrich farms cotton and sorghum near Slaton, Texas. He says 2022 started dry and stayed dry. "I'll be glad to see this year wind down," he says. Shelley E. Huguley

About the best Heath Heinrich can say for the 2022 crop year is that he’s glad it’s almost over. “I’ll be glad to see this year wind down,” he says. “I’ll give it another go next year and consider this practice.”

Heinrich, 32, who farms near Slaton, Texas, says 2022 was “worse than 2011. We got about 2.5 inches of rain in October 2010 that provided some moisture to winter on. The tank was on empty, so we got a quarter of a tank to get us a little further. For this year, the last rain we had was late August of 2021. We had no rain during harvest and no moisture after August on the vast majority of acres in this area.”

He says last year’s crop was “late but phenomenal. With a late harvest, it sucked up every last drop of water, so we started ‘22 on empty and got nothing else.” 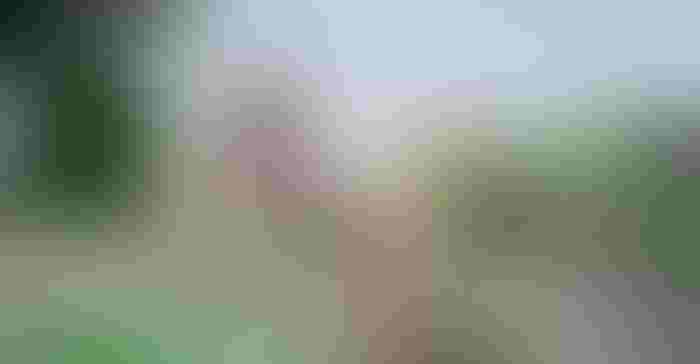 Heath Heinrich says of the 2022 season: "This one started terrible and stayed terrible. We knew it would be tough, so we did not spend a lot of money on it.” (Photo by Shelley E. Huguley)

This year’s production is much less than phenomenal. “Crops are awful,” Heinrich says. “Dryland acreage will all be failed out Monday, and irrigated acreage is not too good, either.”

He says irrigated cotton will do good to make two bales per acre on fields that typically make “three bales without blinking an eye.”

He says a thin silver lining early on was knowing what was coming “from the git go. It started off so dry we knew what the scenario was.

“This was not a bait-and-switch year that started good and went terrible. This one started terrible and stayed terrible. We knew it would be tough, so we did not spend a lot of money on it.”

He says most farmers have done the best they could to prevent erosion, “so sand won’t blow. That’s a big concern for most farmers.”

For most of the summer, farmers did as little as possible. “We quit doing everything early in the year,” Heinrich says. “We were tearing up equipment and knew we couldn’t keep doing that. We stopped plowing and planting crops we knew wouldn’t come up.”

He says weeds were so stressed herbicides would not kill them. “We plowed, sprayed, and hoed and still didn’t control weeds. Even the most prestigious farmers in the area had weed trouble.”

Heinrich is a bit more hopeful for 2023. “We had about 4 inches of rain in late August and early September. Now, we’re getting back in the field to work some ground. We took on some new land last year that needs some dirt work and some loving. We have some moisture now, so we can start getting it in shape.”

He says rotation is a crucial part of the farm management plan, but they planted mostly cotton this year. Cotton insurance offers a better guarantee than grains.

“We don’t have yield potential on grain crops that offers much value. We plant wheat for harvest, but insurance yield level is about 12 bushels.

He adds that the area will not produce a big cotton crop this year. “It’s the most extreme year I’ve ever faced. Thousands of acres will be failed out.”

Recent rains offer hope for 2023. “If we get another rain in the next 10 days, we will start planting wheat and could be set up for a great winter wheat year.

“Wheat does phenomenal things for our soil,” Heinrich says, “and is what a lot of this ground needs. A good, harvestable wheat crop opens up dirt better than anything.” 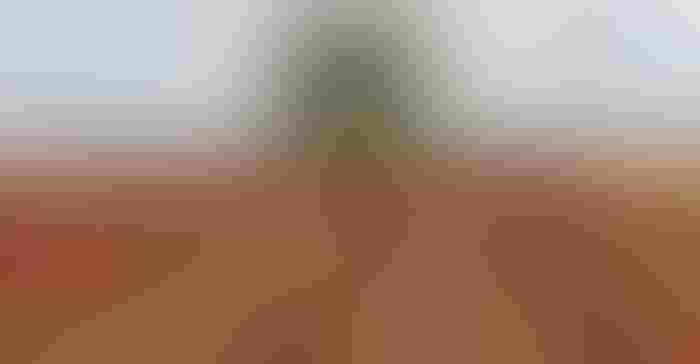 He says wheat is more like the prairie grasses that grew on the High Plains before row crops came in.  “The land used to be grassland with buffalo running across it. It does well as grassland, and wheat is the closest thing we can plant to grass and still make money. I’m excited for what winter and next year holds.”

He's less optimistic about water availability in years to come. “We have less and less water every year. That’s a growing concern. Irrigation is crucial for high production.”

They irrigate 60% of their acreage, down from 65% since they lost a farm to development last year.

Dryland production is iffy at best. “Dryland makes a supreme crop once every ten years,” Heinrich says. “When dryland hits, it’s the most profitable option, with low inputs.”

Out of ten years, one year will be good, two will be a bit above average, two just below average, and the other years well below average—from hail, drought, or other factors.

“Only three of ten years will be above average, so irrigation water is important for me to survive tough years,” Heinrich says.

They lost 1,000 acres to development last year. “Two farms we lost were good, irrigated farms.  Five years from now, we will lose even more land.”

Improving water use efficiency will play an increasingly important role as development puts more pressure on a declining aquifer.

“Rotation is the biggest thing,” Heinrich says. “We are trying to manage land to capture as much rainwater as possible. That’s why I love wheat. Cover crops are great, but in our area a cover crop needs an extra month for roots to do some plowing. The last month of a wheat crop does amazing things.” 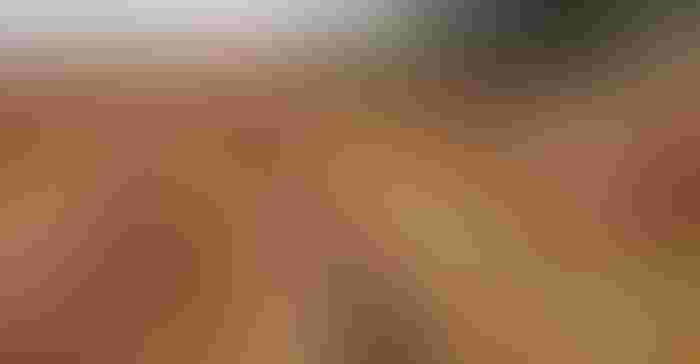 “We’re also using sorghum to split irrigated acreage. On some drip-irrigated fields, water is not as strong as it needs to be. A 100-acre field might not have enough water to sustain cotton for the year. So, we plant sorghum on half the irrigated field and half in cotton.”

They plant sorghum as early as they can and water it to get a stand and get it started. “At some point, we quit watering sorghum and start watering cotton.”

He says the system has produced decent sorghum yields, upped cotton yields, and is improving the soil. “We get a big benefit from putting cotton on freshly rotated ground every year.”

“We also are able to do a better job timing cover crop planting since sorghum comes off early. Splitting fields is my favorite thing to do in declining water situations.”

He's also looking at irrigation systems. Pivot and subsurface drip take the most acreage with some row water, mostly on newer fields.

“We are taking out some pivots and installing drip, which is way more efficient. If we take care of drip, it lasts.”

He cautions against running some fertilizers through drip systems and warns that varmints can cause big headaches.

With some good late summer rains, he hopes the 2023 crop is a lot more than another practice run.

For more articles about water management, click on the following links: