Use scientific evidence to develop a competing narrative, and don’t worry about backlash, he says. 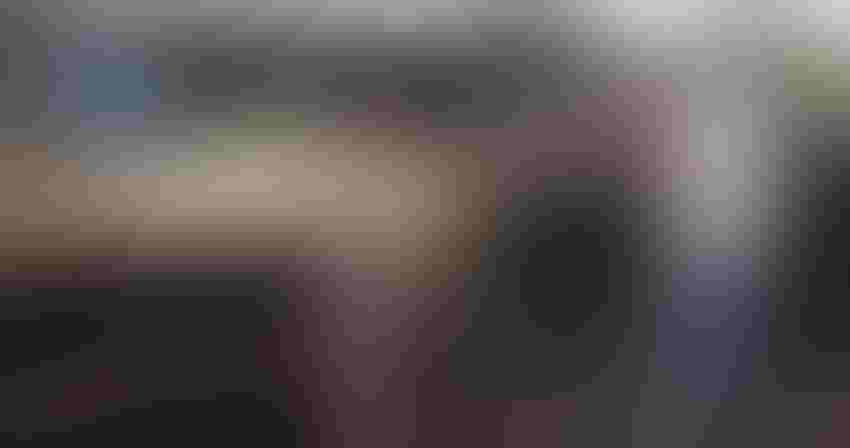 Students at Shasta College in Redding, Calif., move cattle through a chute for vaccinations in 2019.Tim Hearden

Animal agriculture can counter misinformation from activists by creating their own narratives using scientific facts, a communications expert advises.

Even in a world of misleading memes and conspiracy theories running rampant on social media, facts do still matter, author and professor Timothy Caulfield said during the Animal Agriculture Alliance’s 2021 Virtual Stakeholders Summit.

For instance, ranching advocates have found some success in shifting public opinion about the safety of genetically modified foods when they back up their arguments with the wide array of scientific data that’s available, he said.

“A little shift matters,” said Caulfield, a professor of health law and science policy at the University of Alberta, Canada.

The first thing farmers and ranchers should do, he said, is to pay close attention to the information they consume and “be aware of all the cognitive biases that affect the way we see the world.”

He urged his audience to get better at understanding how statistics are used to shape arguments. For example, animal-welfare activists might argue that eating red meat three times a week increases a person’s relative risk of death by 10%, whereas the actual risk to a person would be much lower, he said.

He also encouraged people to debunk myths and not worry about a backlash.

“There’s cause for optimism,” Caulfield said. “We can win this fight. The vast majority of debunking strategies are effective, especially if it comes from experts. You guys are all experts.”

The advice comes as animal activists have largely succeeded in painting much of animal agriculture as inhumane or unhealthy. Recent surveys by Oklahoma State University and an animal-welfare think tank found 47% of U.S. respondents want to ban slaughterhouses, and large majorities are uncomfortable with the overall treatment of animals.

Sensing an upper hand, the activists are mounting a full-court press against the use of livestock for foodd production, introducing everything from “meatless Mondays” to state ballot initiatives to restrict ranching practices.

Grass-roots activists in Oregoon and Colorado are gathering signatures for 2022 ballot initiatives that would effectively outlaw common practices such as artificial insemination and castration by redefining them as sexual assault, and Oregon’s would also require an animal to die of natural causes before it could be harvested.

Groups including the Colorado Cattlemen’s Association are pushing back against the measures by educating voters.

“Anything can pass,” CCA executive vice president Terry Fankhauser recently told Farm Progress. “If the art is who has the most money and who gets the best language, this could certainly pass.

“But I think people understand it fairly easily and are wanting to learn more about it, so I think we’ve got a good place,” he said. “It only takes a few minutes for people to understand this is ludicrous.”

Caulfield compared the myths spread about animal agriculture to those circulated online about COVID-19 in the past year, noting popular conspiracy theories such as that the virus was caused by 5G internet signals, that it was engineered for profit by major pharmaceutical companies and that vaccines secretly include tracking microchips designed by tech magnate Bill Gates.

Recently Canada’s Public Health Agency began engaging on social media to put some of the myths to rest, he said.

“I believe that had an impact,” he said.

“I feel like animal science has been dealing with this my entire career,” she told Farm Progress after the webinar. “It’s not a shock to me that misinformation becomes the dominant paradigm and it becomes hard to counteract information that people have come to believe is just truth.”

Communicating a winning argument becomes more difficult when there isn’t a clear scientific consensus yet on a subject, she said. For instance, there’s conflicting literature on how much meat people can eat and remain healthy.

“It becomes more difficult in that case to try to walk a scientific path while acknowledging there are varying schools of thought,” she said.

Howevver, activists who push misinformation often couch it in ideological terms rather than a spirit of honestly trying to discover the truth, Caulfield noted.

Creating your own narrative works, he said.

“You want to make the fact, the truth, the thing that’s memorable in the conversation,” he said. “It’s the general public that’s the audience.”