Methane as a greenhouse gas has long been the Achilles’ heel for activists to attack animal agriculture, but this appears to be shifting. 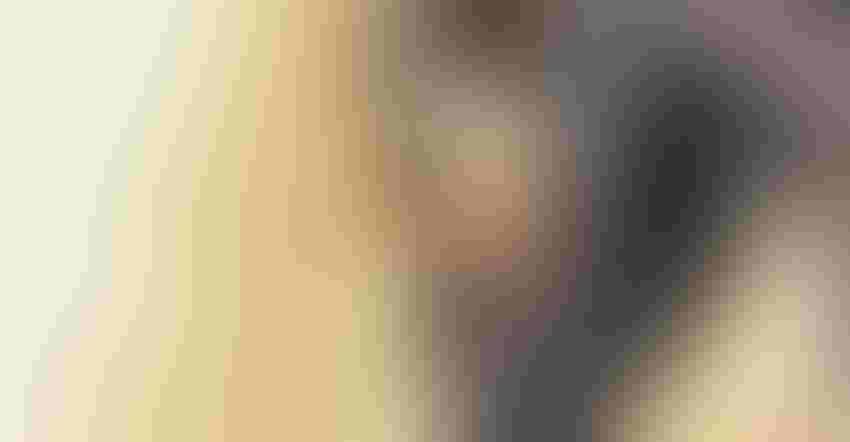 Methane emissions from animal agriculture is on the decline in the U.S. as new technology and smaller herd sizes combine to reduce output of the greenhouse gas. Todd Fitchette

U.S. dairy and livestock trends point to a decline in methane emissions. While the greenhouse gas has been used by climate change activists to clobber animal agriculture, science points to a different trend.

Methane as a greenhouse gas has long been the Achilles’ heel for activists to attack animal agriculture. That appears to be shifting as scientific discovery suggests a reduction in atmospheric methane over the United States.

Frank Mitloehner, a professor and air quality Extension specialist with the University of California and scientific colleagues from across the globe are helping to change the narrative on methane. In an address to a virtual meeting of the Animal Agriculture Alliance, Mitloehner said methane does not accumulate in the atmosphere like carbon dioxide but is part of a cycle that starts and ends as carbon.

While methane is still linked to a warming climate and is said to be 28 times more potent than carbon dioxide as a greenhouse gas, the science behind how it is created also reveals that it is a short-lived gas that is destroyed through biological processes. The term Mitloehner used is "atmospheric removals."

That was effectively the "take-home" message from his presentation. Methane, while rightly worrisome to climate scientists because of its ability to raise global temperatures, is a short-lived climate pollutant that can be managed. It is also important to note, according to Mitloehner, that the accumulation of atmospheric methane is flat or declining in developed countries as livestock herd numbers, particularly in the United States, are declining.

It is only in the developing countries, where livestock herd numbers are increasing, that methane emissions can rise.

Mitloehner explained it this way: Gases like carbon dioxide are a stock gas, meaning the accumulate over time and stay in the environment. Conversely, University of Oxford scientists discovered that methane is a flow gas, meaning gas concentrations remain stagnant as they are destroyed at the same rate of emission. This is particularly good news for developed countries as trends point to reduced livestock numbers.

From these discoveries at Oxford, a new metric to assess the effects of these short-lived greenhouse gases on global temperatures was developed. Under the previous system, the effects of methane on global temperatures under constant herd sizes were overestimated by a factor of four, Mitloehner said. The new metric, based on the Oxford studies, accounts for methane's short lifespan and the atmospheric removal Mitloehner said takes place.

Because of this, and considering agreements like the Paris Climate Accord, the goal of reducing methane emissions is attainable. Additionally, this change in understanding, borne from scientific discovery, may lead to global policy changes on greenhouse gas emissions to the benefit of animal agriculture.

The California dairy industry, long accused of being environmentally insensitive because of the methane cows create has reduced by 25 percent the amount of methane created. This has been achieved using methane digesters, covered dairy lagoons, and a change in feed additives. Additionally, the reduced dairy herd sizes and reduced livestock population in other sectors means that the volume of methane created by livestock in the United States is going down, Mitloehner says.

At the root of both gases is carbon. Carbon dioxide, though less toxic as a greenhouse gas than methane or nitrous oxide, enters plant that livestock consume through photosynthesis. The carbon in those plants wind up as carbohydrates or starch, Mitloehner said. Out of that the cow in his example excretes methane, which after 10 years in the environment is destroyed through hydroxyl oxidation.

Conversely, carbon dioxide is believed to remain in the atmosphere for 1,000 years.

Mitloehner is known for challenging the status quo of climate arguments that accuse animal agriculture of emitting most of the world's greenhouse gases and therefore contributing to much of the global warming reported.

This is not the case. According to the UC Davis Clear Center, 0.5% of carbon dioxide equivalent gases came from animal emissions in the United States in 2017. Eleven percent of global greenhouse gas emissions that year came from fossil fuel combustion, while 88% of global gas emissions came from all other sources.

Data from the U.S. Environmental Protection Agency reveals that since 1990, total U.S. greenhouse gas emissions peaked in 2007, and have been falling ever since. This occurred while the same equivalents from agriculture, including crops and animals, remained flat during the entire period.

The global methane budget – all sources produced on average from 2003 to 2012 – showed an average of 558 million tons from all sources. Agriculture and waste in total produced the most, followed closely by gases emitted from wetlands at 188 million tons and 167 million tons, respectively. Fossil fuel production and use was third at 105 million tons.

Atmospheric removals of methane over the period totaled 548 million tons annually, for a net growth rate of about 10 million tons, he said.

"That's still a number that's too high and one that we seek to further reduce," he said of the net increase in methane. It's an important part of the narrative that there is a significant removal of methane from the atmosphere."