Fear sparked by misinformation continues to win the public debate for a meatless society, scientist says. 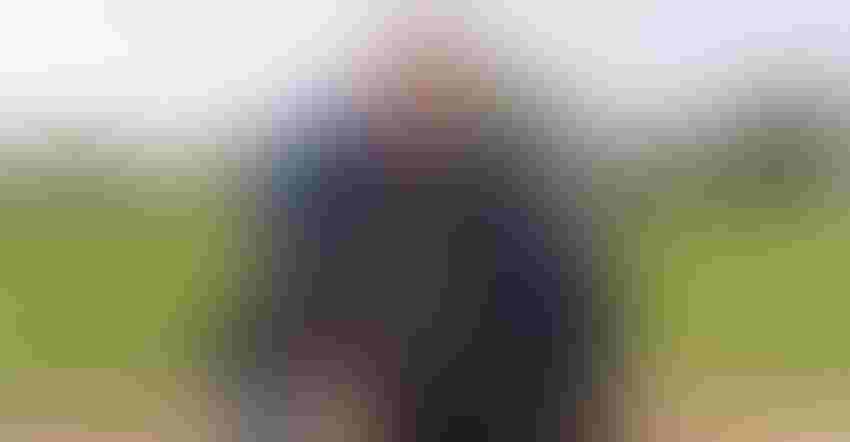 University of California animal geneticist Alison Van Eenennaam says that even with science on the livestock industry's side, pushback against the "kindergarten arguments" of animal activists and those promoting a meatless diet seems to be winning over scientific reason and logic in the hearts and diets of consumers.UC Davis

Those involved with animal agriculture know well the misinformation and fearmongering alternative meat activists successfully use. Even some from within U.S. agriculture are promoting plant-based proteins with increased effort.

How should the animal agriculture industry and other advocates communicate around such hot topics as alternative meats and plant-based proteins when fear, uncertainty and doubt are tactics of those shaming consumers into a meatless lifestyle?

Alison Van Eenennaam, a Cooperative Extension specialist in animal biotechnology and genomics with the University of California, addressed this topic in a virtual presentation to kick off the Animal Ag Alliance's 2021 Virtual Stakeholders Summit.

Van Eenennaam points to how fear sparked by misinformation continues to win the public debate for a meatless society over logic and reason. She points to how animal additives used to enhance ground beef branded as "pink slime" by groups promoting a meatless diet.

"That's a horrible sounding name for a process to add smaller pieces of lean meat to ground beef to produce a leaner product (and) reduce food waste by utilizing as much meat from the animal as possible," she said. "This kind of rebranding from light, lean, finely-textured beef to 'pink slime' reveals just how much these labels matter and how futile it proves to be to try to counteract fear, uncertainty and doubt with facts, explanations and data."

The arguments in favor of U.S. livestock industry practices and the healthful consumption of animal proteins are nuanced, according to Van Eenennaam. They tend not to fit neatly into a sound bite or catch phrase that can resonate with consumers. Though she says work still needs to be done to achieve common goals surrounding environmental protection and agricultural sustainability, she also cautions against "the demonization" of breeding methods, genetically modified organisms (GMO's) and other scientific discoveries that have led to higher production of animal proteins while protecting the environment.

"Just looking at the improvement in food production over the last century, as the human population increased from 1.6 billion in 1900 to six billion in 2000, it's really agricultural research that has fueled an avalanche of innovation, which resulted in this dramatic reduction of life-threatening famine," she said. "This has really been called one of the greatest unacknowledged triumphs of our time."

Opinion polls point to the success of such narratives by activists like Vani Hari, aka. "The Food Babe." One public opinion poll suggests a wide gap in the perceived safety of GMO foods between U.S. adults and scientists. While 88% of scientists see GMO foods as safe, 37% of U.S. adults thought the same, according to a study cited by Van Eenennaam.

Van Eenennaam challenged her audience not to fall for "kindergarten-level arguments" to combat the scare-tactics of those who argue that food ingredients that cannot be easily pronounced should not be consumed.

Rather than make light of a complex and serious need to feed a growing world population with finite environmental resources, she pitched the idea of focusing on the common good of addressing global food challenges.

"We just have to have a more nuanced discussion that moves away from this nonsensical plant versus animal, synthetic versus natural, extensive versus intensive, GMO versus organic, alternative versus real, good versus evil, dichotomies," she continued. "Is it possible to improve the efficiency of production systems of animal source foods, plant source foods, and cultured meat without denigrating any?"

For instance, if 40% of food globally is wasted, "can we repurpose some of that food to animal feed?" she asked.

She also pointed to how not all land across the globe is fit to grow crops but can still support animal agriculture to some degree. Given that these animals "upcycle" and "recycle" plants that are inedible and not fit for human consumption and convert waste byproducts into useful soil nutrients, animal agriculture can still exist in a sustainable way that meets the protein needs of human beings, she said.

Van Eenennaam suggests discussions related to ending certain technologies include questions of trade-offs. For instance, the messaging that ended the use of Recombinant Bovine Somatotrophin (rBST), a genetically engineered hormone injected into dairy cattle to increase milk production, did not include the environmental impacts of eliminating the technology. That was, the argued point that producing more milk per cow could increase the availability of dairy products for consumers while reducing the environmental footprint of dairies, therefore reducing herd sizes and the associated need for feedstuffs.

Likewise, she encourages those involved with animal agriculture to avoid some of the same politically charged language when arguing in favor of some agricultural practices or the inclusion of meat in a consumer's diet.

Dieticians will still point to human diet needs for the kinds of nutrients that come from animal protein.

She points out how some plant-based protein alternatives are proudly anti-GMO, while others tout the technology because that is the only way it can add back some of the nutrients needed in the human diet. This is the difference between purely plant-based alternatives and cultured meat, which seeks to replicate meat in a laboratory setting. She also points out how livestock are not merely a food source in some cultures, but also serve religious, social, and economic purposes.

It is also important that key terms and definitions be correctly used and compared. She cites the misinformation popular among those arguing an exaggerated link between greenhouse gas emissions and livestock. For instance, to cite carbon dioxide emission equivalents per kilogram of protein assumes that protein is the only nutrient provided from livestock.

"Clearly we know this is not true," she said.

This is where beef and sheep can become lumped in with greenhouse gas emissions, because "they are ruminants and therefore they produce methane, which is a greenhouse gas," she continued.

She cited her colleague, Frank Mitloehner, professor, and air quality Extension specialist with the University of California, as one calling out those who claim that animal agriculture produces more emissions than automobiles. Globally, direct greenhouse gas emissions from livestock and manure in 2016 accounted for 5.8 % of all GHG emissions. This did not account for carbon sequestration. By comparison, the energy sector accounted for nearly three-fourths of all greenhouse gas emissions worldwide.

It is this sort of misstatements of data, taken out of context, that Extension scientists and the animal agriculture industry are working to address with the public. To not address this head-on could prevent the kinds of innovation necessary to protect the environment, meet climate change targets, and make food production systems more efficient.

"We all have to work towards having compelling stories about how innovation is working towards our shared goal of decreasing the environmental footprint of providing nutritious food to counteract the possibility that we will have blocked access to innovation," Van Eenennaam said. "Misinformation fear and uncertainty will actually inhibit our ability to adopt safe innovations in all food producing sectors to the detriment of global food security."