Slideshow: The family is being recognized for their conservation efforts with a 2017 Ohio Conservation Farm Family Award. 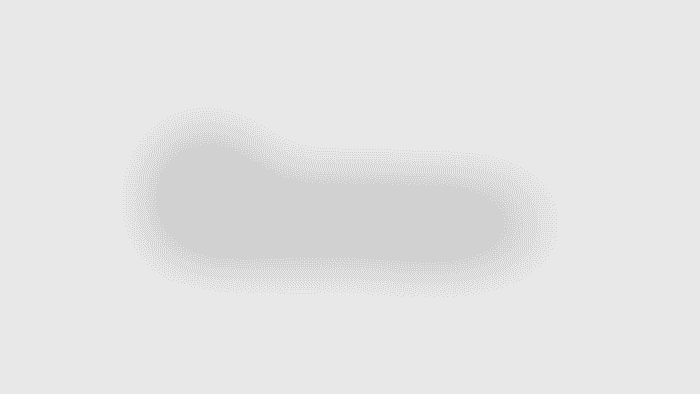 When Gary McGlinch’s great-grandfather picked hilly land near Versailles for his farm, he was more worried about drainage than erosion. He moved to the area from Greenville because he wanted to get away from flat land with poor drainage, Gary explains. “They had no tile at that time, and the water wouldn’t get away.”

However, years later when Gary was farming those hilly fields, he realized the muddy water running off the fields was carrying away the soil’s fertility. Today, Gary and his son, Greg, protect their land from erosion using no-till for all their crops and cover crops on about 90% of their ground. In addition to protecting their sloped fields from erosion, the cover crops are improving their soils, Gary says. “Since we went to putting cover crops out, all our ground is getting more fertile.”

The McGlinch family is being recognized for their conservation efforts with a 2017 Ohio Conservation Farm Family Award, which will be presented Sept. 21 at the Farm Science Review. They were nominated for the award by Matthew Aultman, who farms and serves as county commissioner in Darke County. “This family genuinely cares for their land health, productivity, and leaving it better for their next generation with focus on water quality and nutrient management,” he notes.

The McGlinches’ farm includes about 266 acres of soybeans, 120 acres of corn, 20 acres of wheat and 20 acres of cereal rye. They also have a couple acres of pasture, where they keep about 300 meat chickens, 60 laying hens and 30 pigs. They sell the eggs and meat directly from the farm through word of mouth and social media contacts.

Gary first started farming as a child with his father and uncle. Then as an adult, he farmed while also working a factory job in town. He retired from the factory job 10 years ago to farm full time. He and his wife, Sharon, who works off the farm as a registered nurse, had purchased more land through the years to expand the farm. “She helped a lot to buy all the ground,” Gary says.

Their sons, Greg and Mike, have both invested in land for the family farm as well.

Greg farms with his father and works off the farm as agriculture program coordinator at Wright State University’s Lake Campus. He and his wife, Janet, an engineer for Honda, live on the farm with their four children.

Mike followed his mom into the medical field and works as an MRI technologist. He and his wife, Kelly, live in Kettering with their daughter.

Local connections
Although Mike isn’t involved with management of the farm, he helps on his days off and assists with sales and deliveries of eggs and meat. His co-workers and nonfarming friends are eager to have a connection with someone who produces their food, he says. He’s even arranged farm tours for friends who want to meet the chickens that lay the eggs they eat.

The demand for local products also led to a niche market for rye produced on the farm. Six years ago, Greg harvested, cleaned and bagged some rye, intending to sell it as cover crop seed. However, when he advertised it, he got a call from Indian Creek Distillery looking for local rye to use in distilling. The distillery in New Carlisle is now using the McGlinches’ rye as well as some of their corn in its whiskey.

The McGlinches are exploring other niche markets as well. Their latest venture is growing hops. The field crops and niche market enterprises are all important parts of the farm’s future, Greg says. “Diversification is going to be the key.”

Careful management of nutrients is also important for controlling production costs and protecting water quality. On their crop ground, the McGlinches use soil tests to monitor soil fertility and plan nutrient applications. In addition to applying the manure from their own hogs and poultry, they work with nearby livestock producers to apply manure as fertilizer, keeping soil nutrient levels in the maintenance range. Using the manure nutrients on their farm, where they are needed for crop production, helps farmers who don’t have enough land to use the manure from their livestock, Greg explains.

For instance, some farms in the nearby Grand Lake watershed have high phosphorus levels, so manure needs to be exported out of that watershed to protect water quality in the lake.

Cover crops play an important role in retaining nutrients over the winter. The McGlinches have experimented with a variety of cover crops including sorghum, Austrian winter peas and oats, as well as cereal rye. Besides helping protect and improve the soil, cover crops can help with weed control, Greg adds. “If you want to get rid of marestail, try a little rye,” he suggests.

Building for the future
As he’s worked to expand and improve the family farm, Gary has been looking beyond his own years as a farmer. “My ground will never be sold. It will follow to my two sons,” he says.

In turn, Greg is looking toward improving the farm for the following generation. “Taking care of the land is important because I have four kids and my brother’s daughter, if she’s interested.” he says. “We’re only borrowing it.”

All members of the family, including those who contribute income from off-farm jobs, are important to the continued success of the farm, he adds. “It’s not just one; it takes a group of people.”

Keeping the farm viable economically as well as environmentally will require ongoing changes, Greg points out. The family is constantly trying new ideas to protect and improve their land while also diversifying production to take advantage of changing market demands, he explains. “We find something new and try to see if it works. It’s a continual test, and that’s farming.”

Farm: The family’s farm includes about 266 acres of soybeans, 120 acres of corn, 20 acres of wheat and 20 acres of cereal rye. The rye is raised as a cover crop and for grain harvest for use as seed and in whiskey distilling. The McGlinches also have a few acres of pasture, where they keep about 300 meat chickens, 60 laying hens and 30 pigs. They sell the eggs and meat directly from the farm through word of mouth and social media contacts. Use of no-till and cover crops protects soil and water on their rolling ground.

Leadership: Gary and Greg are both members of the Darke County Farm Bureau, where Greg is vice president. In 2012, Greg was Ohio Farm Bureau Young Ag Professional Excellence in Ag Winner, and from 2013 through 2016 Greg and Janet were members of the Ohio Farm Bureau State Young Agriculture Professionals Committee. Greg was also selected to be a member of the 2016 United Soybean Board See for Yourself group, which traveled to Panama and Costa Rica to promote U.S. soybeans. He is a member of the Marion Young Farmers Organization and received an honorary Versailles FFA degree in 2012.