A Wilbur-Ellis Company nutrition expert says almond growers need to quickly get an irrigation on after the nuts are swept up. 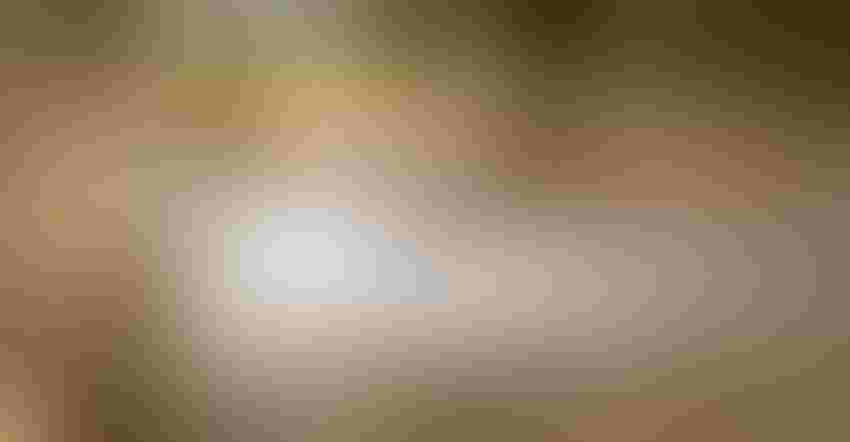 Almond growers with the ability to flood-irrigate their post-harvest almonds are encouraged to do so as those trees are highly stressed. Regardless the source, a good post-harvest irrigation, plus the addition of some much-needed nutrients, will be key to setting those trees up for next year.Todd Fitchette

Almond growers may want to breathe a sigh of relief once their crop is off to the huller-sheller, but there’s still work to be done to give next year’s crop the best start possible.

Almond trees are finishing a stressful season. For those that produced a crop after a spring freeze killed some of this year’s nuts, these trees need water and nutrients. And fast. Carl Bruice, national nutrition technical manager with Wilbur-Ellis Company, says almond growers need to quickly get an irrigation on after the nuts are swept up. Growers with the luxury of a remaining surface water allocation can consider that, particularly if soil salt levels are high.

Soil sampling will be key for growers preparing and planning for next season. Farmers need to know what soil nutrients are lacking, and address those quickly. Growers using drip and micro sprinkler irrigation can apply those nutrients through the drip lines for added and quick benefit.

Related: Try not to skimp on postharvest irrigation

Potassium needs also need to be considered, he said. If soil levels are not declining, a low dose with a micro irrigation set could help address cost and tree nutrient needs without the need for traditional high-rate dry potassium applications in the fall.

Growers at the end of this season, with its significant drought impacts and tree stress, will need to realize they are not setting themselves up for a bumper crop next year with these practices, but are giving the trees their best shot at recovery in the long term.

“Trees subjected to deficit irrigation this season will have what we call a ‘hangover effect the following season’,” he said. Even well-managed orchards that receive a full allotment of water next year will likely produce less nuts next year.

A post-harvest foliar nutrient program is also important, Bruice says. He pointed to advice from Roger Duncan, pomology farm advisor with the University of California Cooperative Extension. Duncan writes that boron deficiency is common in orchards in eastern Stanislaus County.

“The nutrient is essential in pollen tube growth and fertilization of the flowers,” Duncan writes in an advice article. “Moderate boron deficiency does not produce recognizable foliar symptoms, but trees do not set their full potential of fruit.”

According to Duncan, boron guidelines for almond hulls suggest that those with 80 parts per million (ppm) or less of boron are deficient. Those with 80-150 ppm are adequate and those testing over 200 ppm may be toxic.

But according to Duncan, “In University of California trials in Stanislaus and other counties, post-harvest boron sprays often increased nut set and yield 20-30% the following year compared to untreated trees.”

While soil applications of boron are the best way to correct a deficiency, Duncan writes that a little can go a long way and last for years. Soil applications should be broadcast, not banded.

Bruice suggests that boron can be combined with polymer nitrogen, potassium, chelated zinc and phosphite as an effective way to prepare almond trees for the following season.

Correcting soil deficiencies during this period can go a long way to giving almond trees a leg up on next season’s production. Cover crops can be a good way to help with soil fertility throughout the year by improving water infiltration and providing critical organic matter for soil microbes.