These 3 forecasting models, based on history and supply & demand fundamentals, could provide insights on new crop price targets. 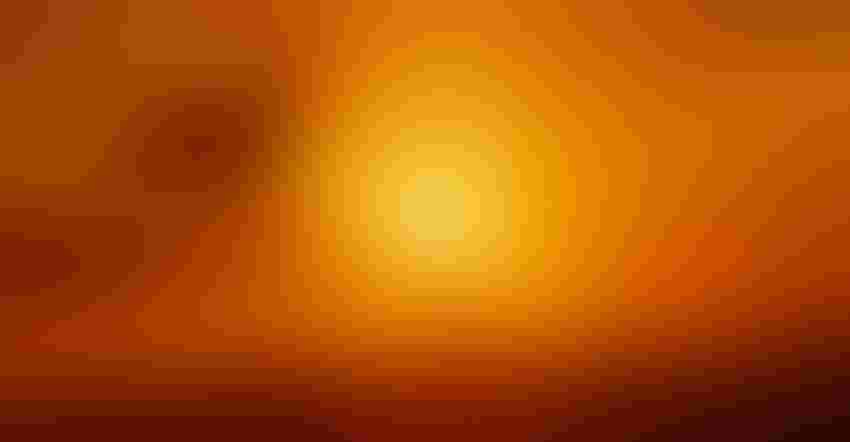 February didn’t exactly end on a positive note for new crop corn and soybean markets. December 2020 corn finished the month with a new contract low while November soybeans slumped to the worst level in more than nine months. Worries about big South American crops, uncertain Chinese demand and the impact of the coronavirus combined for a bearish punch to the gut.

But the beginning of March is the start of spring, at least for weather forecasters. So what are the chances for rallies as farmers make final planting decisions and then grow, harvest and store their crops?

I use three methods to come up with early new crop price targets based on history and the fundamentals of supply and demand. These offer at least a little hope for rallies at some point over the next 18 months despite all the current doom and gloom.

The first of these forecasting tools looks at the March-May window. Rallies this time of year sometimes come from the need to “buy acres” if traders believe farmers require additional financial incentive to plant a crop. Weather can also be a factor, as we all found out in 2019.

Supply and demand this early, months before the official start of the new crop marketing year, are a numbers game based on statistical guesses, not hard facts. USDA’s planting intentions report at the end of March provides one element of production. The agency issues its first monthly new crop forecast in May, plugging in a yield based on “normal” weather in key growing states.

One way to gauge the potential for gains is to compare March-May rallies to these early forecasts. USDA has already tipped its hand a little with projections released at its annual outlook conference Feb. 21. The government forecast for 2020 corn was roundly bearish, based on a record 15.46 billion-bushel-crop generated from 94 million planted acres and a yield of 178.5 bushels per acre. Under this scenario carryout would swell to 2.64 billion bushels.

Comparing this forecast to previous March-May December corn rallies suggests little hope for a rebound. Instead, prices could continue to fall if this scenario plays out.

My own current forecast for 2020 corn is a little more optimistic, based on the idea farmers won’t increase acreage as much as some fear. Another rally-generator this spring could come from USDA’s resurvey of growers who had unharvested acres when the last tally was conducted. This could knock another 300 million bushels off supply. Coupled with lower acreage, this would create an environment where December futures might be able to rally to $4.25.

My second model looks at the June-December window. Rallies from the growing season into December delivery typically come from weather. Of course, the bigger the damage to the crop, the bigger the rally. But market can also rally in years of good production if weather scares come but don’t cause major problems.

This means even normal yields might produce a decent rally, say to the $4.45 to $4.65 level. While that may seem unrealistic, this model predicted a rally to $4.76 a year ago. The June high in 2019 was $4.73. Rallies happen, even when no one expects them in March.

My final way to forecast selling targets compares projected supply and demand for the crop to nearby futures during the Sept. 1- Aug. 31 marketing year. This method suggests targets from $4.11 to $4.37 on the board, not great, but certainly better than where the market is today.

For the March-May window, consider USDA’s outlook forum forecast, which said 85 million planted acres, normal yields and strong demand would cut 2020 crop ending stocks to 320 million bushels. That would be nearly two-thirds less than during the heat of the trade war a year ago, when this model correctly predicted there would be no rally at all above last fall’s highs. Instead, this method now suggests March-May rally to $9.85-$10.15 November futures.

The model for June-November rallies based on normal yields is even more encouraging. It translates into a move to $11.25 to $11.50 futures.

But before hoisting your rally flag too high, remember last year. This June-November method forecast a rally to $11.85 that obviously never happened despite below average yields.

Still, the final model forecasts nearby futures selling targets from $10.40 to $10.80 at some point during the Sept. 1 to Aug. 31 marketing year. Reaching that target likely would take either another year of disappointing production, bullish trade news from China, or weather problems in South America or the U.S. in 2021.

So, history suggests potential for both corn and soybeans rallies. This doesn’t mean they have to happen. But it’s a caution not to get too bearish, however gloomy the outlook is in March.