There are varying amounts of damage for many fruit crops throughout Arkansas due to freezing temperatures. 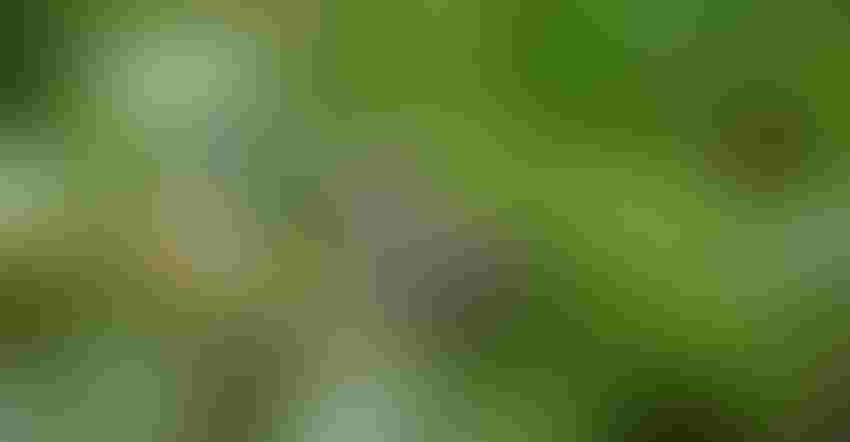 McWhirt said damage to Arkansas blueberries following the February freeze was varied depending on the location and cultivar.Alaina Dismukes

In the overnight hours of April 20, temperatures fell into the 20s across about half the state, triggering the second historic freeze event in 2021. While many horticulture producers were able to prepare by covering berries and other bush plants, peach and muscadine growers weren’t able to muster such defenses.

The first event, which occurred the week of February 14, happened when many of the state's fruit crops were still in their winter dormancy. Amanda McWhirt, extension horticultural crop specialist for the University of Arkansas System Division of Agriculture, said the second event caught many of the state’s fruit crops at a particularly vulnerable stage of development.

"After the February event we observed some losses to peaches, blueberry and blackberry crops across the state," McWhirt said. "Unfortunately, crops whose floral buds survived the February freeze were then blooming or setting small fruit during our more recent freeze event."

McWhirt and other Division of Agriculture researchers surveyed crops in several locations across Arkansas, assessing buds, blooms and fruit for symptoms of cold injury after the April freeze. They found that blackberries, strawberries, blueberries and grapes all saw varying degrees of damage.

Related:Vertical farming advances at U of A

After the February freeze, researchers observed minimal damage to blackberries throughout most of Arkansas, although some growers in areas of the state that saw the most extreme temperatures experienced near-total losses. In April, however, growers in the northern tier of Arkansas counties reported losses of 50 to 100 percent of primary buds and open blooms. Growers in the central and southern part of the state saw very little to no damage on blackberries, with 10 percent or less loss of primary buds.

"Blackberries do have the potential for a crop on secondary buds; however, this crop is usually smaller and later," McWhirt said. "We will continue to monitor how this impacts production in areas where primary buds were damaged."

In both freeze events, strawberries in Arkansas largely benefitted from natural or manmade cover, limiting losses in most of the state.

"Deep snow cover saved the strawberry crop in most areas of the state during the February freeze," McWhirt said. "Afterward, we saw only minimal damage where plants were not covered or the snow blew off the plants.

“Following the April freeze, we saw damage again where plants were not covered or where blooms or fruit were in contact with the row cover," she said.

In the northwest corner of the state, where temperatures reached the low 20s in April, more severe damage to blooms and fruit was observed. McWhirt said much of that damage was due to temperatures being below freezing for five to seven hours or more, likely resulting in some crop loss.

McWhirt said damage to Arkansas blueberries following the February freeze was varied depending on the location and cultivar. Rabbiteye and some Southern highbush types had considerable damage in central and northern locations, she said.

"Many blueberries were at full bloom or setting small green fruit during the April freeze," McWhirt said. She said researchers observed severe damage to blooms in Northwest Arkansas.

"The full impact on crop yields will not be known for a few weeks," she said. While blueberries at some locations weren't impacted by the April freeze at all, other locations may experience total crop loss.

While Arkansas grapes — both table and wine — escaped the February freeze largely unharmed, the impact of the April event was more severe. Researchers observed severe to moderate injury on newly emerged shoots and inflorescences at many locations in the northern and central parts of the state, McWhirt said.

"The full effect on crop loss is still to be seen and will likely be cultivar specific in some areas," she said. "Grapes have secondary buds that can produce a small to moderate crop, depending on the cultivar."

McWhirt said many muscadines were "killed to the ground" in the April freeze event and will have to be retrained.

The event will likely result in "total crop loss for the season, and possibly next season, in many northern parts of the state," she said.

By far, Arkansas peaches were the hardest-hit crop during both freeze events.

In February, early swollen peach buds were damaged across the state. In some locations, later-maturing cultivars whose buds survived were still able to flower and set fruit. The fruit that set was then at risk for cold injury during the April freeze.

Preliminary assessments after the April freeze found little damage in locations where low temperatures only reached 29-30 degrees or above. In areas where the temperature fell below 29 degrees, researchers observed near-total losses of small peach fruit.

Mark Morgan, co-owner of Peach Pickin' Paradise, a U-pick operation in Johnson County, reported that the farm's 2021 peach crop would be a total loss.

"Mother nature brought it hard this year with -9 in February and a hard April 21 freeze," Morgan said in an April 23 tweet.

"We expect to still have some peach crop in parts of the state, but total volumes statewide will be reduced," McWhirt said.

McWhirt said that the full extent of damage from the April freeze won't be known for several weeks. She said growers should observe their crops for symptoms including fruit that fails to develop and falls off, misshapen fruit and secondary buds developing near where primary shoots had first existed.

"Secondary shoots are often longer and have fewer blooms per node," she said.

"There have been significant crop losses due to cold injury in some parts of the state, but there is still potential for some of these crops to recover and produce secondary buds that will result in lower volumes of fruit and delayed harvests," McWhirt said. "Other locations have had minimal to no impact from cold injury."

Growers hoping to salvage damaged crops should proceed to fertilize and irrigate as they normally would, she said.

"'Extra' won't help at this point," she said. "And if the plants have a reduced crop-load, they won't need extra fertility to grow."

McWhirt said that excess nitrogen can result in elongated internodes, meaning fewer nodes per length of stem or cane. She also said that normal fungicide programs for most crops should be planned for now. 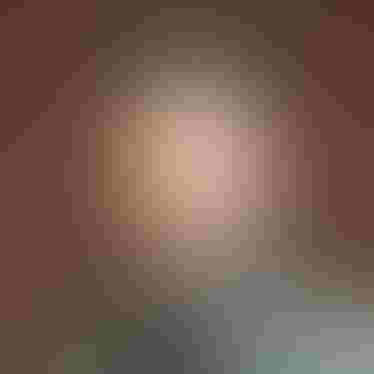