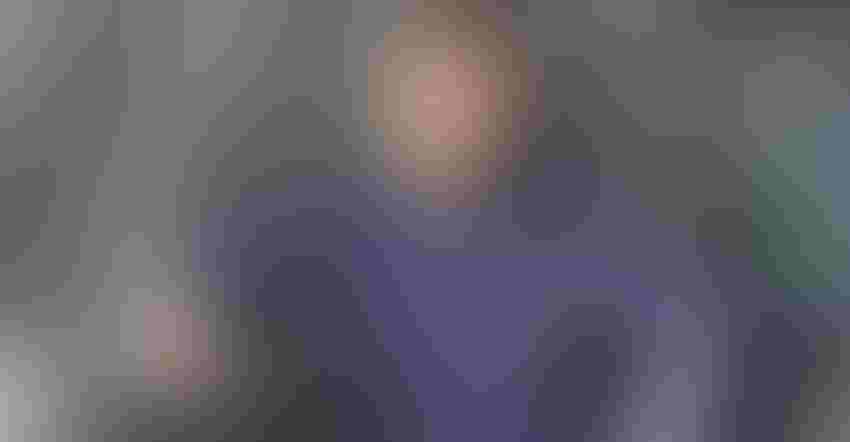 Although his agricultural roots go back to a family farm in Bardwell, it was not until Army Sgt. Greg Wilson was deployed to Afghanistan that he began to understand the global importance of agriculture.

Wilson was recently hired by the Texas A&M AgriLife Extension Service as an integrated pest management specialist in San Angelo. In that role, he is making a connection between his military experiences, his education at Texas A&M University and his work with area agricultural producers.

“During Operation Enduring Freedom, my unit was tasked with clearing improvised explosive devices, IEDs, from major ground travel routes in Afghanistan,” said Wilson, who served as a combat engineer and paratrooper. “I spent countless hours in a gunner’s copula directly observing the country’s landscape at 5 mph, which gave me a lot of time to observe and to think.” 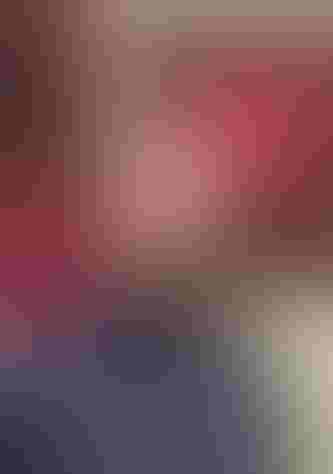 The primary mission of Wilson’s unit was to secure roads so other vital personnel, such as U.S. military convoys, NATO forces, resource specialists, veterinarians, agricultural specialists, doctors and other health professionals, could gain access to areas where they were needed.

“In Afghanistan, a thought kept running through my brain — there has to be a better way to fight a war and bring stability to a country,” he said. “I decided much of that could probably be done by improving Afghanistan’s agricultural production and helping ensure an adequate and stable food supply for its people.”

Wilson’s roots in agriculture and service

After four years of active-duty service, Wilson earned both bachelor’s and master’s degrees from the Department of Soil and Crop Sciences at Texas A&M College of Agriculture and Life Sciences He is now a doctoral student in the College’s Department of Entomology.

“On our family farm, we grew corn, milo, cotton, sunflowers and wheat, as well as raised cattle,” he said. “That’s where I first gained interest in ranching and farming. I believe in the importance of agriculture to the economy and to society. Now, in my role as an IPM specialist with AgriLife Extension, I’m involved in a different sort of search-and-destroy mission than the one I had in Afghanistan. My new mission is helping agricultural producers improve the quality and yield of their crops by helping rid them of destructive insect pests.”

“In Afghanistan, a thought kept running through my brain – there has to be a better way to fight a war and bring stability to a country. I decided much of that could probably be done by improving Afghanistan’s agricultural production and helping ensure an adequate and stable food supply for its people.”  — Greg Wilson

While serving his military mission, Wilson became interested in how Afghanis prepared their fields using very few tractors, irrigated their crops in an arid desert environment, and harvested their fields with very little mechanization.

“My interest grew as to how agriculture actually works, and I read various articles and books on the subject whenever time allowed,” he said. “I learned that while crops such as pomegranates, wheat and melons are grown in Afghanistan, almost all other produce has to be imported.”

In time he became convinced that much of the problem with Afghanistan’s agriculture – and by extension many of its economic and social problems — had to do with the long-term degradation of its soil.

“The problems with Afghanistan’s agricultural production at the time were further complicated by the confiscation and misuse of farmland,” he said. “Where the farmers could grow crops, the Taliban often hijacked the land and forced them to grow ‘cash crops’ like poppies that fueled the Eastern drug trade and funded their agenda. I saw firsthand how this lack or misapplication of production agriculture had a destabilizing effect on Afghanistan’s economy and social structure.”

Wilson said toward the end of his deployment he learned of Dr. Norman Borlaug and his importance to international agriculture. Borlaug, who was considered the father of the green revolution of the 1970’s and was a Nobel Peace Prize laureate and professor emeritus at his namesake institute – The Norman Borlaug Institute for International Agriculture and Development at Texas A&M University.

“What stood out to me the most was Borlaug’s philosophy that food security was a vital component of national security and stability,” Wilson said. “That further inspired me to go back to my agricultural roots and pursue studies in agronomy, plant breeding and entomology at Texas A&M.”

Wilson at the College of Agriculture and Life Sciences

“Near the end of my deployment, I concluded that I should go to college and learn all I could about the relationships between agriculture, conflict and development, and food security,” he said. “This led me to Texas A&M and its Department of Soil and Crop Sciences.”

Wilson said applying to attend Texas A&M included an interview that was complicated by a 7-second voice delay in the U.S./Afghanistan internet connection.

“I was denied admission at first because my grades were less than stellar, but I attended Blinn College for a few semesters to improve my grades and then transferred,” he said. “I had to reclassify as an infantryman in order to join the Texas National Guard and the First 112th Cavalry in Bryan to attend Blinn and Texas A&M.”

A personal battle with Crohn’s Disease sidelined Wilson for some time, so although he and his family had a strong tradition of military service – his brother is a Marine and father was a lieutenant commander in the Navy during Vietnam – he realized his health would not allow him to continue active-duty military service.

Wilson said he discovered entomology while taking courses toward his agronomy degree.

“That’s where I recognized the importance of understanding the insects that feed on crops,” he said. “I decided to pursue a double bachelor’s degree in agronomy and entomology, which I felt would help me in my future career endeavors.”

Not your ‘regular’ student

“One of the things that impressed me most about my professors at Texas A&M was their understanding that my student experience was not the same as the typical student,” Wilson said. “On the battleground, you are so amped up and have a heightened awareness because your life is in imminent danger. That becomes part of your mindset, along with focusing on your mission.”

He said while attending Texas A&M that vigilance and focus on completing the mission – in this case, completing his courses and earning his degree — also made him somewhat impatient and anxious to reach the finish line.

“Because I was no longer in the military, I also felt a need to express my individual opinions and challenge the status quo,” Wilson said. “This often led to some long and spirited debates with my professors.”

He said another challenge for him as a veteran/student was a lack of structure.

“Military personnel are told where to go, when to go and what to do when they get there,” Wilson said. “And when military veterans want to know the best way to do something, they want to ask someone who’s already done it.”

Wilson said unfortunately there wasn’t someone equivalent to an NCO, or non-commissioned officer, who could direct him and help provide the structure he was used to in the military.

“This was a problem for me at the beginning, but my professors helped me find the structure I was looking for and helped me redirect my efforts in a more effective way,” he said.

Wilson noted some of the professors who had the most profound impact on him included Kerns, who he said he learned more from than any other professor; Harry Cralle, Ph.D., for whom he would become a recurring guest lecturer in agronomy, Russ Jessup, Ph.D., and Byron Burson, Ph.D., all faculty in the Department of Soil and Crop Sciences.

“My professors were very patient with me and gave me a lot of latitude to refocus my energy into my classes,” he said. “They realized that, as a veteran, I was living a different type of life than the regular student and they helped me shape my academic direction. A lot of what they taught me wasn’t clear to me at the time, but later I realized just how helpful it was.”

“The Office of Veteran and Military Services has a lot of experience at assisting the veterans and/or service member families with their G.I. Bill or Hazelwood Act paperwork,” he said. “And there are other resources that help support, provide an outlet for and recognize military veterans.”

One of the groups Wilson said was of particular interest and help to veterans is Delta Company, a group within the Texas A&M Corps of Cadets comprised solely of military veterans.

“Within a month of leaving active duty, I was enrolled in college and in the National Guard,” Wilson said. “Being part of Delta Company was very helpful in my adjusting to life as a student.”

He said, as a member of Delta Company, he and other service members were asked to share their military experiences with the trainers and to speak to the cadets.

“We helped the cadets learn from our real-life leadership experiences and gave the insights into what military life was really like,” he said. “And sharing these experiences also helped the trainers adapt their training as needed.”

“The Student Veterans Association is a student-led organization that gives veterans the opportunity to participate in social functions, collegiate sports events and professional meetings,” he said. “When I was president of the association, we coordinated an event on Veterans Day during which all student veterans stood together on Kyle Field during a halftime event. There were so many of us that we had to stand shoulder-to-shoulder from one endzone to the other.”

Improving the lives of Texans

Wilson joked that having been deployed to Afghanistan, he already has extensive experience working in a desert environment like the one in West Texas.

“We have great community of farmers here in West Texas,” Wilson said. “It’s a pleasure to work with them and to help them get the information they need to make their operations more successful.”

He said one of his main goals will be to help producers utilize the well-researched and science-based information and technical assistance the agency provides to improve their agricultural operations.

“I have always had a philosophy of service over self and found that also to be the case with the Texas A&M System and the Texas A&M AgriLife Extension Service,” Wilson said. “I’m glad I can now be on the front lines with the agricultural producers, sharing my expertise and knowledge with them.”