Soybean Watch: Why do giant ragweeds jump out this time of year? 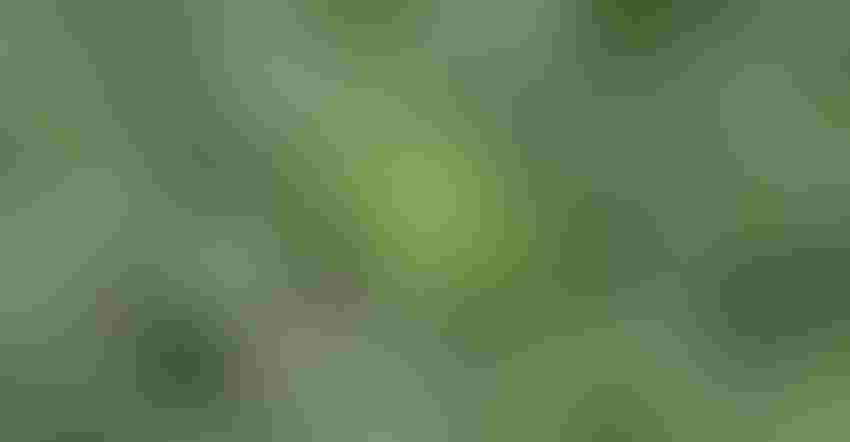 INVADER: Even a child could tell one plant is not like the others in this picture. A giant ragweed sticks its top leaves above the soybean canopy, seeking light. Photos by Tom J. Bechman

Then Gauck spies a giant ragweed sticking out above the soybean canopy. “Let’s pull this guy and see what we have,” he says. “I’m betting it’s spindly too.”

Sure enough, the plant is all stem, with only a couple of small leaves below the leaves peeking out over the canopy. “This weed was influenced by the same principle causing the soybean plant shaded by volunteer corn to grow tall,” says Gauck, a regional agronomy manager for Beck’s, sponsor of Soybean Watch ’22.

“Any plant that is shaded will seek light,” Gauck says. “It needs light for photosynthesis. Until it finds light, it puts all its efforts into growing up by elongating the stem. It’s the same principle for the giant ragweed as for the soybean plant.” 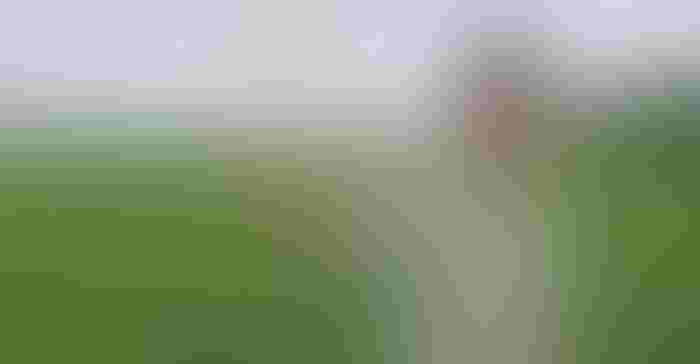 While the giant ragweed that Gauck pulled was a loner, there were others in the field in a few spots, either where there were established patches or in gaps where a planter malfunction left an open row without soybeans.

“That happens because giant ragweed can germinate from deep within the soil,” explains Bill Johnson, Purdue Extension weed control specialist. “They have the ability to germinate later in the season, especially if sunlight hits the soil.”

“It’s a large seed, and in no-till, more stay on the surface and are eaten by rodents, worms and insects, or decomposed by soil microorganisms,” Johnson says.

In this case, the grower ran a vertical-tillage machine over the field this spring and followed with a field cultivator pass just before planting on June 3, after a long weather delay. Tillage incorporates giant ragweed seeds and protects them from being eaten or decomposed, Johnson says.

A stumbling block to good control of giant ragweed in soybeans is lack of effective residual herbicides against the weed, Johnson says.

“We just don’t have residual herbicide options in soybeans like we do in corn for this weed,” he says. “The newer herbicide-tolerant soybean systems give you good options for postemergence control of giant ragweed, if you spray when ragweeds are small.”

What do you do with late emergers like Gauck found? “They still sell hand wicks, and it might be worth wiping ragweeds with the hand wick and taking them out,” Johnson says. “Prevent them from producing seeds.”