Strategies for consistent, cost-effective weed control in cotton and peanuts 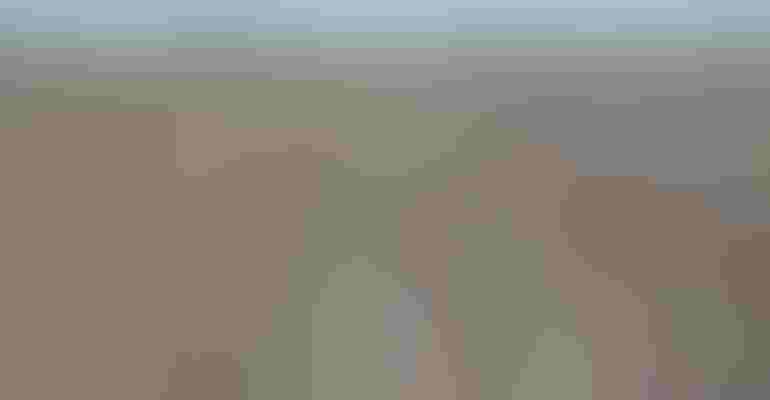 For farmers utilizing reduced tillage and cover crops, it is recommended to add some mode of action to the at-planting herbicide application to ensure the field is completely clean and no pigweed is up.Whitney Haigwood

Midsouth cotton farmers have few options when battling herbicide resistant pigweed, and EPA decisions on effective residuals present a tremendous concern. Extension specialists for the University of Arkansas System Division of Agriculture weigh in on those concerns and provide herbicide recommendations for cotton and peanut acres in the state.

Regardless of the crop, starting clean with residuals and timely applications are key to cost-effective chemical weed control. That is especially true for cotton which is a poor competitor from a weed control standpoint during early growth stages.

Photosystem II (PSII) inhibitors in combination with other herbicides have proven effective in providing up-front, residual weed control in cotton. These include Cotoran (fluometuron), Direx (diuron), and Caparol (prometryn).

For years, Extension weed scientist Tom Barber has confidently included PSII inhibitors in preemergence herbicide recommendations for the crop – and he discussed his go-to treatment during an Arkansas Row Crops Radio podcast in the spring of 2022.

“Year after year, the one preemergence application that outshines all other programs in fields with lighter soils and sands is Brake plus Cotoran. That is 1 pint of Brake and 1.5 pints of Cotoran. I consider it to be the Cadillac treatment, especially in those fields with bad pigweed problems,” Barber said.

Other recommended preemergence programs for cotton include a combination of Cotoran and Caparol – or Cotoran paired with a Group 15 herbicide such as Warrant or Dual. In each of these scenarios, Cotoran can be substituted with a reduced rate of diuron to get the same residual activity.

The concern arises while awaiting the EPA review of the two most effective PSII inhibitors – fluometuron and diuron. Decisions based around these herbicides have potential for an immediate stop-sale or phase-out on products currently in the marketplace.

“It seems to me that the loss of diuron is pretty much a done deal,” said Jason Norsworthy, distinguished professor of weed science. “We are probably a few years away from a decision on Cotoran, but I believe it is under increased scrutiny moving forward.”

This ban would be detrimental to cotton acres. To put it in perspective, Arkansas has some pigweed populations resistant to eight different modes of action. PSII inhibitors work on these pigweed populations, so the elimination of these effective herbicides would place added pressure on the few remaining chemical options to control the weed.

“If we are not able to use diuron or fluometuron at preemergence in cotton or from a layby standpoint, it will put a lot more selection pressure on postemergence herbicides – like dicamba, 2,4-D, and glufosinate,” Norsworthy said.  “We will lose the latter rather quickly to resistance.”

Arkansas is beginning to see auxin issues with 2,4-D and dicamba. Norsworthy said that while these do not match the magnitude of issues battled in Tennessee, they do indicate the onset of auxin resistance.

“If you are not implementing tillage and do not know for certain the field is completely clean, you definitely want to add something to that preemergence application to make sure no pigweed is up,” he said.

90-95% of cotton planted in Arkansas is in the Xtend system, and Barber said there is benefit in adding either Engenia or XtendiMax into pre-emergence herbicide applications.

“If there is any pigweed or marestail leftover from winter applications, it will take those out,” he said. “It can also provide some protection against pigweed during the window where we are waiting for a rainfall to activate other herbicides in our pre-emerge application.”

For cotton in the Enlist system, farmers can use Enlist One instead of dicamba to get the same benefit. Barber added that in situations where farmers do not want to utilize either of these options, then mixing paraquat into the residual at-planting application will help ensure a clean field with a good start.

He also reminded Arkansas farmers that tankmixes with glyphosate and dicamba are prohibited, due to increased volatility. For states where this tankmix is legal, it is still not recommended – with data showing the combination antagonizes both Palmer amaranth and barnyardgrass control.

Peanut acres have increased in Arkansas over the past decade, and Tommy Butts, Extension weed scientist, suggested a consistent preemergence herbicide for the crop.

“We continue to see that Valor upfront provides the best control in peanuts,” he said.

Crop response is expected but not major. He cautioned farmers to be prepared for a little stunting, and assured the plants grow out of it after a couple of weeks.

“The weed control from that application is much more important than the little bit of stunting you get from it on those peanuts,” Butts added.

Other recommendations for the crop include overlapping Group 15 residuals and getting in a timely application of Gramoxone.

“Being timely is key. It is really what makes or breaks some of our weed control strategies,” he said.

2023 county production meetings for the University of Arkansas System Division of Agriculture are just around the corner, with more details and specific recommendations to be presented.

The meeting schedule can be found on their website, or you can contact your local Arkansas Cooperative Extension office for more information.