Pest and disease issues are common in the tropical and subtropical pepper regions. 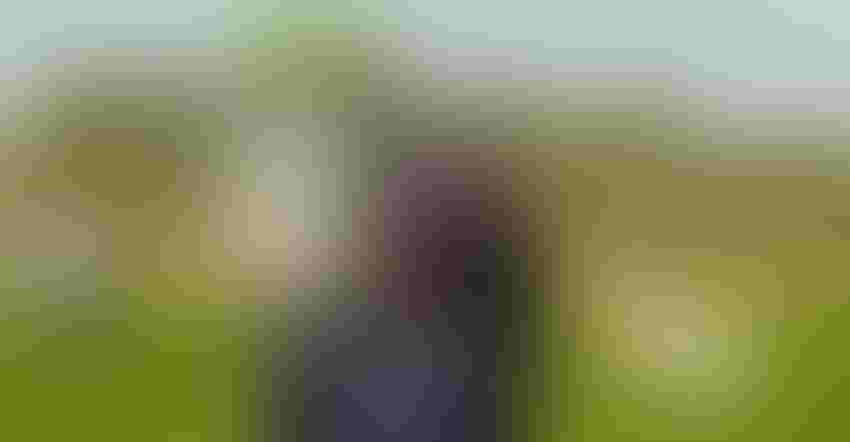 Chile pepper yields across the globe average under 20 tons per hectare, and less than 10 tons in countries where the crop is popular. U.S. producers can average over 30 tons per acre of various peppers, including the New Mexico-style chile peppers that are popular in the Southwest.Todd Fitchette

The World Vegetable Center says more work needs to be done to address chile pepper production efficiencies in Asia and other parts of the world.

Derek Barchenger, vegetable breeder with the World Vegetable Center in Taiwan, told an audience at the International Pepper Conference in Tucson, Ariz. recently that while global pepper production trends are increasing, in those countries that produce the largest volumes – namely India and China – yields in tons per hectare remain low when compared to North America and Europe.

The World Vegetable Center maintains the world’s largest public vegetable gene bank. Barchenger says challenges with pepper production outside of the Americas and Europe include access to higher yielding cultivars and the employment of drip irrigation and other types of yield enhancing technologies.

Global pepper production has steadily increased over the past 60 years, according to Barchenger. Most of this is due to Asian markets, especially over the past two decades. The U.S. remains the world’s largest importer of chile, while India and other Asian countries are primary exporters.

Yields of fresh/green chile in North America and Europe average about 35 tons per hectare, according to Barchenger. In Asia, home to about 60% of the world’s pepper production and half the world population, those yields range from under 10 tons in south and southeast Asia, to about 20 tons in other parts of Asia. The global yield average of fresh/green chile is less than 20 tons per hectare.

Pest and disease issues are common in the tropical and subtropical pepper regions, he said. Other concern related to Asian chile production include aflatoxin levels and the adulteration of chile powders with contaminants such as Sudan red, a carcinogenic chemical dye, and lead oxide.

“I don’t know to what level importers are testing for lead in the U.S. or EU, but it is a serious problem,” he said of the lead oxide use.

Not all exporting countries comply with health and safety regulations imposed by the U.S. and European Union, he continued. This poses a significant threat to public health and safety. Major categories of contaminants in exported pepper include mycotoxins, pesticide residue, microbial contaminants and adulterations aimed at bolstering the cash value of chile powder and paprika.

While peppers are grown throughout the United States, the Southwestern chile belt region from southeastern Arizona through West Texas and into northern Mexico remains a popular location for a variety of chile peppers. While bell and jalapeno peppers are popular with some growers in California, large peppers commonly called the “New Mexico style,” a long green or red pepper popular with Mexican cuisine in New Mexico and parts of Arizona, are grown in larger abundance in the Southwest U.S.

According to Jeff Silvertooth, an Extension soil fertility specialist with the University of Arizona, combined acreage in the three-state region and northern Mexico is close to 103,000 acres. Mexico has the largest share of this at about 90,000 acres, followed by New Mexico, Texas, and Arizona. Much of Arizona’s production is on Ed Curry’s farm in Pearce. He is largely responsible for breeding the popular New Mexico style varieties of green and red chile peppers.