Experimental yellow pepper could be the key to unlocking cures for macular degeneration and Alzheimer’s disease. 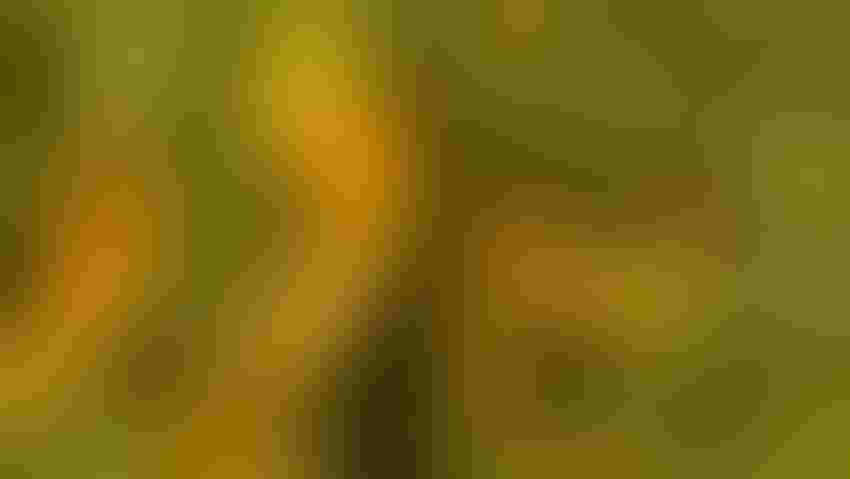 Thirty years ago Ed Curry of Curry Farms set out to breed a better tasting yellow pepper. The unintended consequence of that work may sell better than the sweet flavor he produced.

He is working with breeders and researchers to prove his yellow chile pepper and patent the genes responsible for its high levels of lutein and zeaxanthin, two molecular components known by scientists to have positive human health impacts. While the yellow pepper already exists, none are reported to have high levels of the micronutrients Curry stumbled upon years ago.

“This is probably our 30th season working on that one,” he said. “In the beginning I didn’t aim for a high lutein, high zeaxanthin chile. I was interested in the yellow flavors, but then it became so unique, and we kept selecting for those. What we didn’t realize is we were concentrating on those.”

A researcher from New Mexico State University working with Curry on the chile had a hunch. Tests were run on the chile peppers, and the results came back exponentially higher than those found in spinach, he said.

“We kind of thought that was a fluke, and it probably was,” he continued. “Yet, all the panels we found are at least equal to ore more, and much broader in bandwidth. This has the potential to prevent or at least slow down Alzheimer's. That’s exciting.”

Several researchers and chile breeders at the International Pepper Conference in Arizona spoke to the human health benefits involving high lutein and zeaxanthin levels in chile peppers. Age-related macular degeneration is thought to be addressed better by these high levels than from beta carotene in carrots.

While the yellow chile peppers Curry is breeding have concentrated levels of the molecular nutrients, not all yellow peppers have them, according to Randal Hauptmann, principal manager, fruit and vegetable production, post-harvest physiology, Claris Inc.

Bhimu Patil, director of the vegetable and fruit improvement center at Texas A&M University, said zeaxanthin and lutein prevent photo-oxidation in the eye. There may also be positive health benefits related to obesity, hypertension, and cancer.

Curry chaired this year’s international chile event in Arizona. The conference is held every other year around the world. It was the first-ever visit to Arizona, and the first time in its 25 years that it was not hosted at a university. Curry hosted the first day of the event at his farm in Pearce, Ariz, where various pepper industry leaders addressed key issues surrounding breeding and the move to mechanical harvesting. The balance of the event featured guest speakers in typical indoor conference fashion in a conference center in Tucson.

“If you look at our proceedings book, most of the chiles in there were high lutein,” Curry said. “That makes a statement, and this is what the conference is about; how to impact the medicinal side.

“Imagine superfood salsa,” Curry said. “We’ve still got to grow it out and prove it… and we’ll come up with a standard that it has to reach to be superfood.”

For Curry and others, the goal isn’t just a better tasting pepper, but one that includes positive health benefits.

“What difference does it make if we breed a chile that tastes good, but it doesn’t help human health,” he continued.

Curry said he was able to attract several top scientists to the conference because of what he says may be a “superfood” status with the high lutein and zeaxanthin chile peppers.

“If this thing wasn’t real, do you think for a second I would have had three of the world leading biopharmaceutical and molecular scientists here to speak at this conference,” Curry asked. “They all told me the same thing: it’s real, and that’s why they came.”

Patil understands the human health impacts must include peppers that consumers want.

“At the end of the day, whatever you do to pepper, you have to sell it,” Patil said.

Curry roasted peppers during the conference, including the high lutein yellow peppers. He did this to showcase the flavor, which was somewhat fruity. “We wanted to show people that they have a taste appeal. They were sweet,” Curry said.