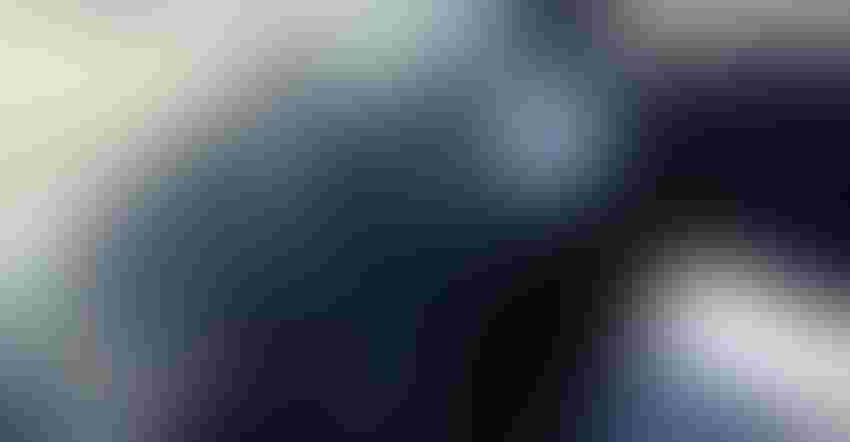 HOP IN AND GO: This John Deere Gator was decked out with a GPS receiver and autosteer to introduce people to what it’s like to experience autosteering in a UTV. Tom J. Bechman

Soil consultants long ago mounted GPS receivers and monitors on ATVs and UTVs to turn them into soil-testing buggies, capable of running A-B lines for field guidance and precisely marking sampling spots. Now, you can order a UTV from John Deere that is Auto-Trac ready. Whenever you want, simply add the equipment to have a streamlined UTV ready for precision agriculture.

Farmers drove a John Deere 865M Gator equipped with hands-free steering at the Farm Progress Show. With a rider in the Gator, a John Deere specialist piloted the vehicle through the demonstration course.

There were no hands necessary on the straightaways. It appeared to handle nicely through the entire demonstration. If you already have a GPS receiver, use it instead of buying a new one. Visit deere.com.

No, you can’t buy it today. The framework to make it happen, including legally buying 100% ethanol from an ethanol plant, doesn’t exist. But yet it could happen, perhaps sooner than you think.

That’s only the beginning. Brad Fruth, director of Innovation at Beck’s, was so energized by the idea that he assembled an alliance between Beck’s, CountryMark, Co-Alliance and Central Indiana ethanol. The alliance will help smooth the path, working on making it possible for an ethanol producer to sell pure ethanol and creating a framework to test trucks running on pure ethanol.

Look for ClearFlame to collect data needed for EPA by late 2023. This technology could become reality as soon as 2024. Meanwhile, learn more at clearflame.com. Visit Ethanol truck effort by ClearFlame progresses.

Truterra and Winfield United, both part of Land O’Lakes, have partnered to encourage more farmers to participate in carbon market programs. Growers can earn a $2-per-acre incentive by participating. Leah Anderson, vice president of sales for Winfield United, says they see farmers as interested in receiving payment for sequestering carbon, but realize some are reluctant to risk yield and profit by switching.

InnerPlant is a startup developing a trait stack turning soybean plants into signaling beacons. John Deere wants to build machines that respond to these signals.

The first trait detects fungal stress. Shely Aronov, founder and CEO of InnerPlant, says field testing starts in 2023, with a soft launch in 2024.