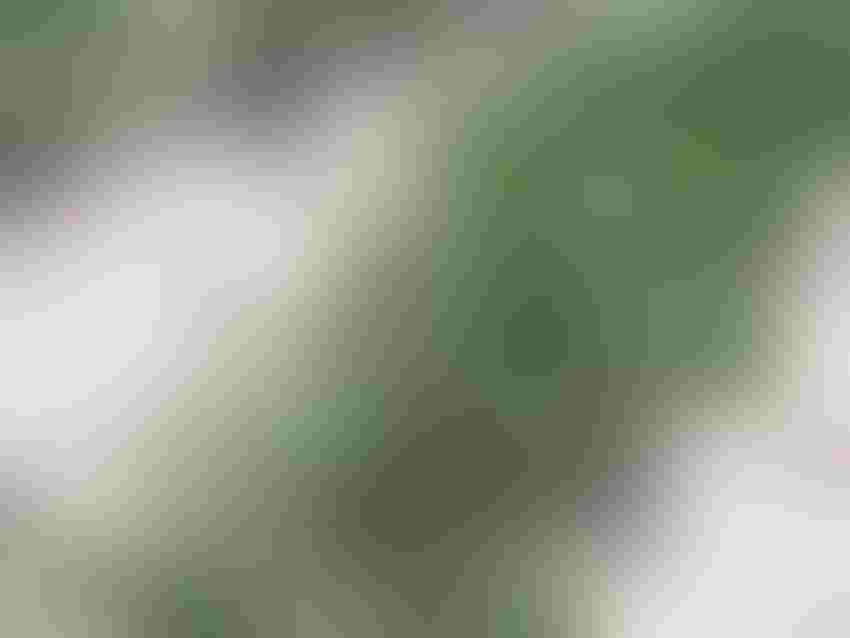 Last week I began discussing moving herbicides en-masse in stable air or temperature inversions (What causes large-acreage dicamba damage?). Because the herbicide concentrations in stable air are extremely low, you only see the effects with certain herbicides on extremely sensitive plants.

The classic example would be 2,4-D injury to cotton. Other than my good friend L.B. Davis from Mississippi, I have likely walked as much 2,4-D injury on cotton as anyone alive. I have been involved in several situations in cotton where multi-square mile areas were uniformly affected. Common logic said it had to be from aerial applications in rice into stable air.

The most recent example was in 2006 where the injury pattern was about 80 miles long by 30 miles wide and the nearest cotton field to the nearest rice field was across Crowley’s Ridge. While there were varied opinions on the cause, common logic told me it could have only happened by having multiple aircraft spraying up and down the west side of Crowley’s Ridge in the same inversion conditions. The ultra fine particles trapped in the stable air then moved en-masse to the cotton on the east side.

With aircraft sprayers, some ultra fine droplets are generated and a lot of acres can be sprayed in a very short period of time. This is magnified when several aircraft may be working in a common area due to the narrow window to get 2,4-D applied in rice.

By producing more ultra fines and spraying large acreages before an inversion dissipates, a lot of active herbicide can be suspended in the stable air mass. This is not a criticism of aircraft sprayers, but rather a statement of fact — and applicators have learned to manage it.

Some folks are now saying our landscape dicamba injury effect has been caused by applicators spraying in temperature inversions, so if we better regulate that we can fix the problem. Common logic tells me there are some big differences between what is happening with ground application of dicamba and what happened in the above example.

With ground equipment running ultra-coarse nozzles, I believe it is impossible to produce the amount of ultra fine spray droplets or to get enough acres sprayed in any given temperature inversion to suspend enough active dicamba to cause the landscape effect we have seen.

Related:Baldwin: Herbicides should work as intended while doing no harm

We have an inversion almost every clear night in Arkansas during the summer. When these less-volatile herbicides are being sprayed on large acreages in a short period of time, there can be a low level of volatility occurring over this large area during the first 24 to 48 hours after application. These volatiles can simply accumulate and move over large areas in the stable air masses.