Kody Carson discusses the 2022 drought and struggling sorghum crop, along with his two-year term as National Sorghum Producers chair. 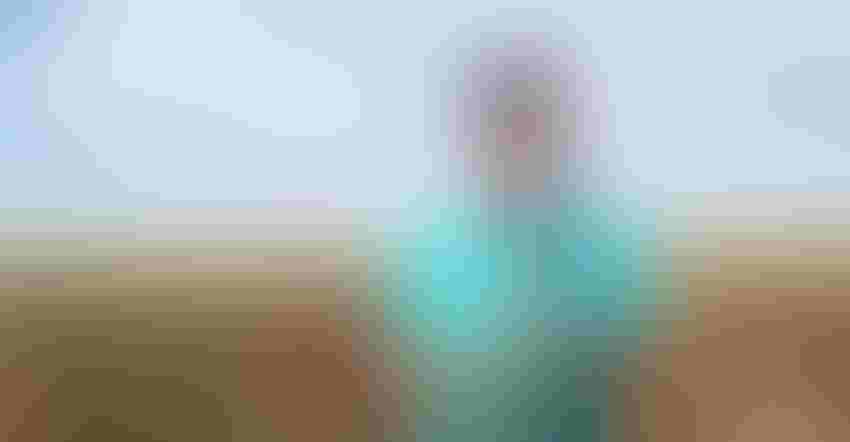 Of the hundreds of sorghum acres Kody Carson planted this year, only one 60-acre field remains on his Olton, Texas, farms. Drought, combined with this summer's heatwave, has taken its toll. But Carson is not alone.

"I think this is indicative of a lot of the Plains states," he says. "A friend of mine from Kansas sent me rainfall from their region, and they're so far below average."

"We were blessed with some August rains in our area, amounts up to 4 or 5 inches, that we hadn't seen in three years. That certainly doesn't break a drought, and it came too late to benefit this year's crop. But it helped replenish subsoil moisture and it's helped some wheat go in. As far as spring seeded crops, this is going to be the worst year on record for sorghum."

For the first time in Carson's farming career, he didn't plant one acre of corn. "One of the few smart decisions I made this year. I've heard of corn yields in our area ranging from 230 bushels to 20."

Cotton was abandoned early. "A lot of it never made it to a stand. Some of it made it to a stand and then we waited till a boll count -- September 15th for Lamb County," he says. "The bolls are small and very few of them there. So, I'm still seeing cotton abandoned and plowed up, which is almost unheard of this time of year."

Crop insurance will be a life preserver for many this year. "We're lucky to have our RMA tools in our crop insurance. If it wasn't for that and the disaster programs we've had coming from the federal government, it would be extremely bleak in our part of the country. It's going to keep a lot of people afloat."

He's concerned though that high cotton insurance prices may have skewed some producers' thought processes. "It's hard to know how much to keep putting into a crop when you know what insurance will pay. But we all have rules and regulations, and we all want to be moral stewards of our farms. So, I think the majority of the farmers are doing the very best they can. We don't want to take advantage of a system that we desperately need. We don't want to jeopardize our RMA system to any degree."

He says he encourages producers to be the best stewards "of what we've been blessed with and to utilize it well."

Carson still has about 900 acres of cotton he'll take to harvest. "I think the quality is going be poor, and the yields will barely make my APH. But it's nice to have something out there because we've got plenty of bare ground everywhere."

Carson still has some sorghum silage fields he'll chop. "They were late maturing," he says. "I'd almost given up on them until we got those August rains and here they come, they're doing their thing. So, it's nice to see something green, growing and thriving, when we've had such a year of struggles in heat and drought." 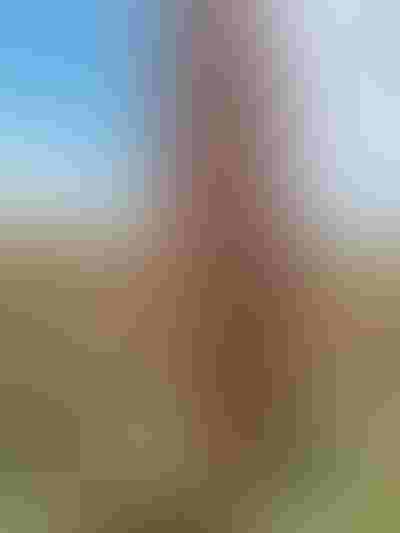 This year's bright spot has been little to no sugarcane aphids. "The Olton, Edmondson, Plainview area has been ground zero for aphids. We've had more struggles than anyone. We're standing out in this field right now and you can see how clean it is," he says. "I don't know what they're feeding on, but they haven’t bothered the few patches of sorghum we have."

See, Sorghum: It's what's for dinner

As Carson contemplates 2023, he's hoping for rainfall. "I had a young farmer ask me what my thoughts were of what he needed to do, and I said, 'Well, don't do what I've done because it's been wrong this year.' But that's part of the struggles of farming. We take the best information we have for today, and then something can happen tomorrow that makes it all invalid.

"But in 23, right now December cotton prices are at 85 cents. I don't understand why they are at the level they are with the quantity that there is in the world. I know world economics is having a big down push on that. But I expect cotton will come up."

Thanks to the August rainfall, Carson says he'll sow wheat. "I had a conversation this morning about multi-peril insurance on wheat or forage insurance. Wheat is one of the only crops that when I put it in the ground, I don't have a clue what I'm going do with it. It depends on the moisture. It depends on prices. But at least I have options. So, I'm putting in a substantial amount of wheat this year just because it does give me options. And if nothing else, if this drought continues and we stay extremely dry, at least it's something to hold the soil together and stop wind and water erosion."

As the drought persists and the Ogallala Aquifer from which Carson irrigates declines, he's adapting to a new normal. "I'm not very good at being a dryland farmer but I'm trying to learn as quickly as I can," he says.

"You get 10 miles south of me and their soil is sandy enough that they can do well with limited moisture. Our soil is tight with enough clay structure to it that when you have irrigation, it's a better producer. But when we're in an extreme drought, it isn't good soil for dryland. So, we are reducing seeding rates. We are changing row spacings. We are looking at rotations."

Fallowing ground is also a consideration. Carson admits fallowing is hard when you or the landlord have paid irrigated prices for the land. "They (landowners) are not real keen on you laying it out fallow. But we're all having to have a reality check and do what's best.

"What we've known for a couple of generations is no longer valid. We're all having to shift gears and work together. Not only is there a new kind of normal since COVID but the way our water has declined the last three or four years, it's kind of what's going to be the new normal for farming as well."

When Farm Press caught up with Carson to discuss his season, it was also his last day as NSP chairman. "I've been involved with other commodity organizations, but I've never been involved with one like National Sorghum. We're not big, but everyone at the table brings a tremendous skill set and what I like is we don't all have the same skill set. I think we complement each other really well."

Outgoing Chair: Kody Carson, National Sorghum Producers, visits with Farm Press on his last day as NSP chair from one of his sorghum fields near Olton, Texas. Hear about a couple of the things he valued most from his experience. @SorghumGrowers @SorghumCheckoff pic.twitter.com/HiqbuckPyj

Of all he's experienced throughout his two-year term, from the numerous meetings on the Hill and in the Senate to a meeting with then President Trump at the White House for the signing of the Japanese food bill, he says meeting producers has been his favorite part.

He's also valued assembling with other commodity leaders on a coalition representing every commodity from corn, beans, sorghum, wheat, sunflowers, sugar beets to cotton, to name a few.

"What's been so much fun is getting to know the individual leaders, to see that we have a lot more in common than we do differences. I've always said very few farmers are a monoculture. I'm here representing sorghum, but I have such respect and admiration of the guys that are representing corn and cotton and wheat and have faith and confidence in them."

In the U.S. there are less than 250,000 farmers producing more than 90% of all farm commodities, he says. "That's not a large number, so we've got to work together. We can't nitpick each other when we're on Capitol Hill. We've got to work for the good of agriculture as a whole.

"That has been one of the most amazing things the last two years of my chairmanship, is seeing how focused everyone is. They want to take care of their commodity, but when all of us sit down at dinner in the evening together, it's all about making agriculture in the U.S. stronger."

Also, Carson talks about the grant (up to $65 million) that NSP just received through USDA's Partnerships for Climate-Smart Commodities.