Nancy Jo Bateman is set to retire from the North Dakota Beef Commission after 38 years. 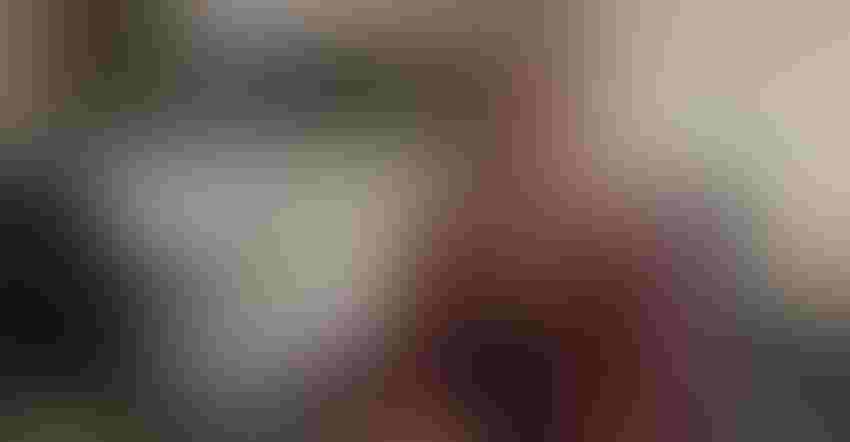 TIME TO RETIRE: Nancy Jo Bateman has been serving as the executive director of the North Dakota Beef Commission since 1984, and officially retires from her post Dec. 31.Photos by Sarah McNaughton

“I felt like now is the right time,” Bateman says. “I have great staff that are doing a super job, and having a couple new grandbabies didn’t hurt.”

After growing up on her family’s farm in Kindred, N.D., Bateman graduated from North Dakota State University in 1981 with a bachelor’s degree in food and nutrition. “I always had an interest in animal science and meats, in particular,” Bateman says. “I had an animal science and communications minor while at NDSU.”

Her first career was with the North Dakota Dairy and Promotion Council, where she worked until 1984. “I have to give credit to Dr. Verlon K. Johnston. I was one of just a few gals in the animal science program, and we all have an agriculture background, and he took us under his wing,” she says.

Bateman says Johnston was the reason she started her career at the North Dakota Dairy Promotion Council in 1981, after he told her to apply for the job. “My first thought was I was glad someone’s looking for a job for me.”

She worked as assistant manager at the council until 1984, when she started her career at the North Dakota Beef Commission as its executive director.

“The beef commission only had one employee at the time,” Bateman recalls. Sylvia Barone was the commission’s sole employee, who was hired when the beef commission was created in 1973. “When I started, we didn’t even have a computer here. There’s been monumental changes over time.”

Bateman says when she first started her role as executive director, the beef checkoff funding was just 50 cents a head. “It started out as 10 cents a head, then moved to 25. Then when I started, it just increased to 50 cents,” she says. Now, checkoff is $2 a head — just $1.50 more than in 1984.

That change has amounted to millions of dollars over the years. “That extra money has really allowed us to do some great things,” she says, “both within the state and on behalf of our producers.”

While keeping up with inflation is a difficult part of their program planning, Bateman says they work to put on deliberate and effective programs to get producers the biggest return on their investment.

Beef advocacy looks a little different today than it did in 1984, Bateman says. The ability to have instantaneous connections has provided different benefits and challenges for commodity groups.

“Our world is so much closer than it was 30 or 40 years ago,” she says. “It used to take a reporter time to write a story and publish it, and now everything’s instant. If we have a big issue like BSE, it’s instantaneous for the media, and so it can be a challenge for any commodity group to stay on top of.”

Not only is the beef industry different than it was in 1984, but also beef producers and ranchers have a whole different set of management practices. “The science of genetics and feeding and everything that helps us make cattle more efficient has just made a world of difference,” Bateman says.

Another development for the beef industry has been research and development into beef retail cuts and the availability of easy-to-prepare meat. “Everything was just cut into chuck roasts,” Bateman says. “Now, we pull out the flat irons, the ranch steaks — all those different cuts were a learning curve to add for retailers, packers and processors.”

Bateman says she worked to get producers familiar with these cuts by specially ordering them for lunches and meetings, and providing recipes and cooking methods for these new cuts. “The muscle was there all along, but we were now able to get the proper value for those cuts because of what they bring to the table,” she says.

Bateman says incredible leaders in the beef industry were the reason for the success of some of these changes. “Breed organizations have done a tremendous job, our animal scientists and meat scientists and their years of experiences are at the core of moving our industry forward,” she says.

How do you pick a favorite?

“The first national cattle industry convention I even went to in January of ’85 stands out,” Bateman says. “That was the one where the industry decided to push forward and get the dollar-per-head checkoff passed.” 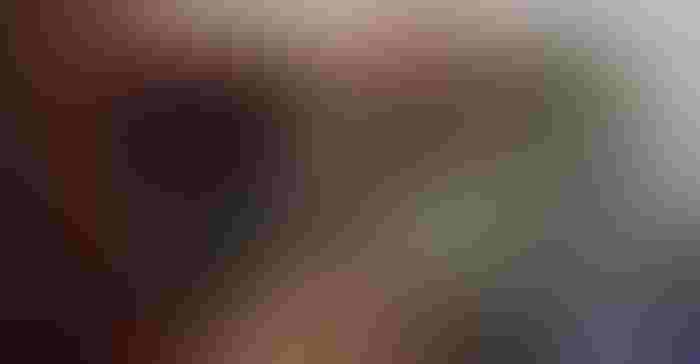 38 YEARS: Bateman says that choosing a favorite memory among her 38 years with the North Dakota Beef Commission is near impossible. Here, she flips through photos capturing her service as executive director through the years.

Another memorable experience was the Denver national convention during George W. Bush’s presidency. “We knew they had invited the president, but everyone was being very tight-lipped about it,” Bateman says. “Just everything that went into that happening was fascinating to watch.”

Bateman recalls husband Rocky’s excitement of seeing the president. “He’s been involved in politics and was in the legislature for six years,” she says. “Rocky got up in the middle of the night to get up to the front row. We knew he’d be down shaking hands for a few minutes after he spoke, and Rocky got his handshake.”

Excited for what’s next

Without knowing an official count, Bateman might just be the longest-running executive director of a state beef commission. “There’s a couple that have been here probably 30 years, a lot of long-timers,” she says. “There were a handful of us who all had our families at the same times. We’d get together at meetings and compare notes and laugh about everything we went through.”

Family has played a pivotal role in Bateman’s success, she says. Their three daughters — Jessie Bateman-Pfaff, Ashley Bateman-Abrahamson and Libby Bateman — all work in some part of the agriculture industry. “It’s cool that the girls have all gone through an animal science program, each with a different focus,” she says.

Bateman and her daughters are the fifth and sixth generations, respectively, on their home farm in New Salem, N.D. “Jessie and her husband have the lion’s share of the cattle, and Rocky has cropland and no-till fields he focuses on,” she says.

“I’ve got a list,” Bateman says when asked what she’ll do during her retirement. “There have been some things going on I’ve been waiting a long time to do. I’ve gotten the chance to meet amazing people all over the country, so you never know what will happen.”

Bateman is set to officially retire from the North Dakota Beef Commission on Dec. 31.