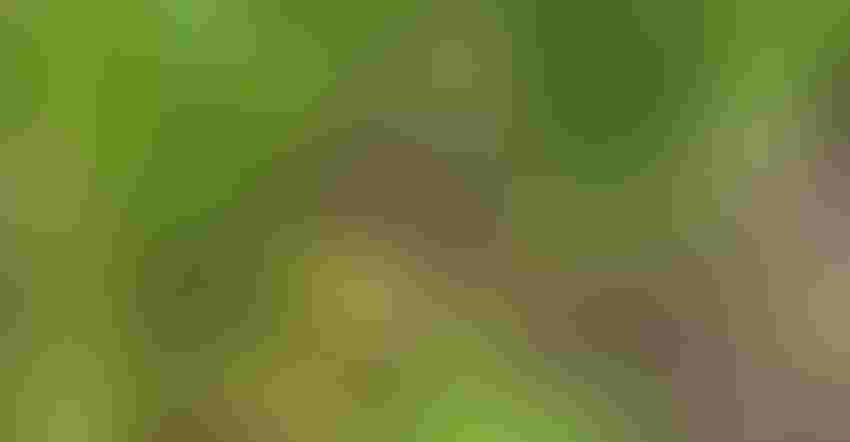 Tiffany Lashmet warns that producers should never rely on verbal representation made by anyone related to a contract. Assume only the written contractual terms will be enforced. Shelley E. Huguley

Carbon contracts have been a popular topic of conversation for farmers and ranchers around the country. As with any agreement, several legal and economic issues arise and should be carefully considered by producers before entering into a carbon contract.  A critical consideration is producers and landowners should never rely on verbal representations made by anyone related to a contract; assume only the written contractual terms will be enforceable.  Remember, this is new territory and many unknowns still exist about the carbon market and these carbon agreements.   I highly recommend engaging an attorney to review any carbon contract prior to signing.

For more information on carbon contracts, click here for a podcast episode I did with Todd Janzen and Anson Howard, both practicing attorneys actively negotiating these agreements for their clients.  To hear (or read) a short interview I did with Texas Standard, click here.

When reviewing a carbon contract, producers and landowners may notice it seems to speak a different language than most agricultural contracts.  Understanding some of the basic concepts related to carbon contracts is an important starting place.  Importantly, each contract will likely have specific definitions of these terms.  It is critical for landowners and producers to carefully review the definitions in any contract before signing.

Control of Land – Brokers or companies seeking carbon agreements will likely require some proof the party entering into the contract either owns or controls the land.  This may include a copy of a written lease agreement, for example.  Some companies or brokers may require both the tenant and the landowner sign any contractual agreement. This is particularly true if the lease in place is for a shorter timeframe than the carbon contract will be.

Data ownership – Data collection is a requirement for any carbon contract, and a carbon agreement should address issues related to the ownership and use of such data.  Issues like who will be given access to the data, how the data may be used, and who has ownership rights in the data should all be addressed.

Indemnification – Indemnification clauses essentially shift potential liability and costs from one party in the contract to another.  These clauses are an agreement to reimburse another party for damages they sustained as a result of the indemnifying party’s actions.  It is critical to analyze the breadth of an indemnity clause. First, indemnification clauses should be mutual, meaning each party agrees to indemnify the other.  Second, some provisions may be so broadly written as to require a landowner to indemnify the company for any damages or injury which are not a result of the developer’s contract, including actions taken by third parties over whom the landowner has no control.

Land title implications – Producers should be careful to determine if there are contractual provisions that may impact their ability to sell or otherwise transfer ownership of the land.  For example, contracts may allow the purchaser to place a restrictive covenant or a lien on the property, or require the landowner to enter into a conservation easement for the term of the contract.  Certainly, these types of limitations could impact the marketability and potential sales price for the land.

Negotiation costs – Some companies and brokers are offering to pay a certain portion of a producer’s legal fees associated with negotiating a carbon contract.  This would likely be an agreement separate from the contract itself but might be worth producers requesting from the company or broker.  Regardless, a producer should consider using an attorney to assist with reviewing or drafting any carbon contract.

Other allowable uses – Producers may wish to make other uses of the property at issue in a carbon contract.  Many farms and ranches have added various agritourism activities as ways to diversify income.  For example, many producers may wish to reserve the right to hunt or fish on the land.  The contract should address any desired allowable uses for the producer to ensure both parties are on the same page.

Payment – The payment provisions of the contract are extremely important for the producer.  There are several different potential payment methods which could be included in an agreement.  There could be a per-acre payment for adopting certain carbon practices.  There could be a payment per metric ton of carbon as measured and verified.  Another option could be a payment based on the carbon market at an identified time.  Producers should ensure the contract sets forth the exact details about how payment will be calculated. For any contracts based on actual carbon sequestered, producers should investigate the amount of carbon likely to be sequestered in their particular area.  For example, agronomists report the amount of carbon likely to be sequestered in the Texas Panhandle and South Plains to be far less than the one ton of carbon per year it takes to create a carbon credit.  Also important is to determine what costs or expenses may be deducted from the producer’s payment.  Ensure the provision also addresses when and how payments will be made.

Parties – A producer should certainly do his or her homework to investigate any party with whom they will enter into a carbon agreement. Understand the party’s position in the market.   Many contracts are being offered by brokers or aggregators, but there are also ag retailers offering these types of contracts. Try to speak to other producers who have entered into contracts with the company to ask about their experience.

Penalties – All contracts contain penalties if certain conditions are not met.  It is important to understand these penalties and the risk associated with them.  For example, if a party agrees to undertake a certain practice but there is an external reason such as weather preventing them from doing so for an amount of time, there could be a specific penalty for that.  Some contracts may require a certain increase in the amount of carbon in the soil and include a penalty if that amount is not realized or is released during the term of the contract. Carefully review the contract to understand under which circumstances a producer could potentially be liable if this occurs.  Contracts will likely also contain early termination penalties if the producer is unable to comply with the contractual requirements for the term of the contract.

Term of the agreement – It is important to understand the length of the contractual agreement.  An agreement will likely set forth a given number of years practices must be undertaken.  Keep in mind that lengthy contracts may have estate planning implications as well.  Some agreements may require the continuation of identified practices even once the term of the agreement ends to ensure permanence.  Also watch for any opt out provisions, allowing parties to terminate the contract prior to the end date if certain requirements are met. Some contracts allow either party to cancel merely by giving notice.  Others may require certain conditions to be met.  On the other hand, there could be provisions allowing for extensions to be granted, so watch for those provisions as well.

Verification – Provisions regarding measurement and verification are some of the most important in a carbon agreement.  As an initial matter, the contract should set forth exactly what is being included in the measurements.  For example, will the verifier simply measure the carbon in the soil, or will the entire system be looked at, including the impacts of livestock on the property or the impacts of using nitrogen fertilizer, for example?  Understanding exactly what will be measured is critical.    Next, parties should agree upon who will conduct any testing and verification, what methodology will be used to do so, and when and where such data collection will occur.  Some contracts may offer payments based on modeling, while others will take actual measurements.  Measurements may be done in a number of ways including algorithmically, by taking actual physical soil samples, and by using satellites. The manner in which samples are taken can have impacts on the results, and considerations related to the time of year (and even time of day), location in the field, and soil depth are all important to consider and understand. Parties should consider who will bear the costs of the data collection and verification, and generally, these costs falls to the purchaser.  Finally, the producer may want to ensure there is a provision allowing an audit of the data and payments to ensure requirements are being followed and a process for how a producer can challenge or appeal determinations they believe are inaccurate.