The highest and greatest need in a drought is feed for livestock, so farmers will try to salvage hay value from crops. 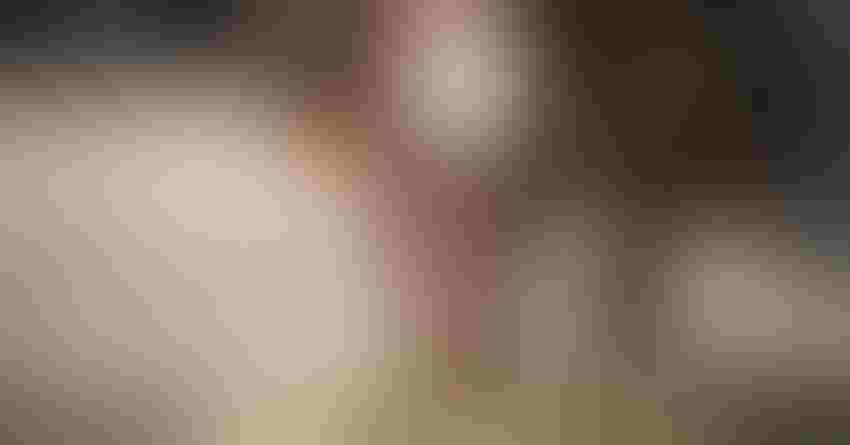 Drought is withering crops on both sides of the U.S.-Canadian border, prompting farmers to take the rare measure of baling up their wheat and barley stems to sell as hay.

The bales are providing much-needed forage for livestock operators struggling against a lack of pasture and soaring feed costs, and also signal smaller grain harvests that could keep crop prices high in the months to come. Temperatures are expected to soar next week in the Great Plains, further threatening parched farm fields.

The dry conditions highlight how extreme weather is affecting agriculture and stoking higher prices that have fueled food-inflation concerns. Desperate farmers in both countries have requested emergency help from their governments, and some ranchers are selling off portions of their herds because of the dearth of feed.

In North Dakota, where the entire state is in a drought, hay crops are only 10% to 25% of normal while cattle ranchers are already reducing herds by boosting animal sales at auction, Jeff Schafer, president of the North Dakota Stockmen’s Association, said during a National Oceanic and Atmospheric Administration webinar.

“Producers have chosen to cut small grain fields for hay versus harvesting them for grain as there just isn’t enough forage to bale,” Schafer said. Grains that should be “armpit high” are “boot-high at best and typically you can see a gopher run in front of your cutter bar,” he said. Many fields didn’t turn green, so cows were on brown grass in June.

Partially to blame are aberrations in the bands of westerly winds known as jet streams that have contributed to drought in the West and record rains and flooding in Europe.

In a sign of how dire the situation may be for many farmers, 15% or more of the spring wheat crop may not make it to harvest, the highest so-called abandonment rate in almost 20 years and up from a normal rate of about 4%, said Arlan Suderman, chief commodities economist at StoneX.

“There comes a point where harvesting costs more than the value,” Suderman said in an email. “The highest and greatest need in a drought is feed for livestock, so farmers will try to salvage hay value from crops if possible, even at a financial loss, just to keep livestock alive.”

Farmers requested the emergency use of land in the Conservation Reserve Program for grazing, according to Doug Goehring, North Dakota’s agriculture commissioner. “In order for our livestock producers to make it through this disaster, it is necessary to marshal every available resource,” Goehring said in a request to the U.S. Department of Agriculture to allow for the grazing.

In the Canadian Prairies, affectionately referred to as the nation’s “bread basket” due to its large grain harvests, the extreme heat wave coupled with prolonged dry conditions have also reduced pasture and hay growth. This has caused some farmers to cut their drought-damaged cereal crops that were planted for human consumption in order to feed livestock. The prolonged conditions mean that many farmers are only expecting one cut of hay this year rather than the usual two, while grasshoppers feast on pastures meant for cattle.

In the Canadian province of Saskatchewan, the government amended its crop insurance program earlier this month to encourage farmers to sell low-yielding crops as feed due to this year’s shortage. The Canadian Cattlemen’s Association is urging crop insurance programs to take immediate action to assess withering fields earlier than usual so that grain farmers who want to sell their crops as animal feed can do so.

“A top priority for beef producers is to maintain the cattle herd by working with grain and oilseed farmers to convert failed crops into suitable feed while that opportunity still exists,” the association said in a statement this week.

Agriculture and Agri-Food Canada reduced its principal field crop production estimates slightly on Tuesday, but said the hot and dry conditions are causing “significant uncertainty” in estimating yields during the growing season.

Little relief is in the forecast. Some scattered rains have moved through the area in recent days, bringing spring wheat futures down from the highest levels since 2012. However, temperatures are set to soar into the mid-to-upper 90-degrees Fahrenheit range across the northern Great Plains next week, said Ryan Truchelut, president of Weather Tiger LLC, a commercial forecaster in Tallahassee, Florida.

That means yields for crops such as corn are in “significant trouble at this point,” Truchelut said.

--With assistance from Kim Chipman.