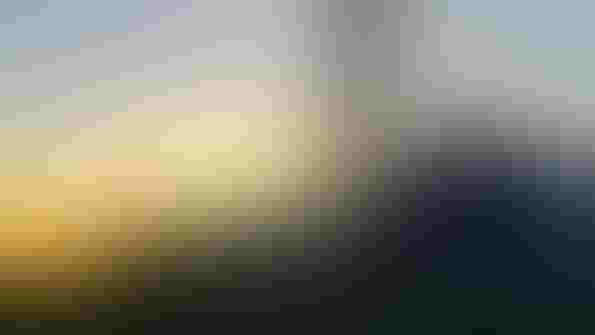 <p>Four years after record U.S. crop and farmland values boosted purchases of land and equipment, a global surplus has sent prices tumbling and farm income into the longest slump since 1977.</p>

Betting the farm on record crop, livestock and dairy prices has turned into a losing investment for an expanding share of America’s agricultural heartland. The level of debt to income is the highest in three decades, and growers are increasingly unable to make loan payments.

Four years after record U.S. crop and farmland values boosted purchases of land and equipment, a global surplus has sent prices tumbling and farm income into the longest slump since 1977. The Federal Reserve says growers are borrowing more to pay bills, repayment rates are plunging, and the number of bankers requesting additional collateral is the highest in 25 years.

While low interest rates and savings from big paydays not long ago have kept farmers in better financial shape than the bankruptcy crisis of the mid-1980s, signs of stress are increasing, especially for growers who invested during the boom years. Farm income is down 42% from a record in 2013, government data show, and MetLife Agricultural Finance predicts farmland values will tumble 20% by 2018.

“Unquestionably, some farmers are not going to make it,” said  Dan Kowalski, director of research at CoBank, an agricultural lending cooperative based in Greenwood Village, Colorado. “If they made aggressive growth decisions and did it with debt, that won’t work out well. Credit quality is starting to slip on the farm and smaller agricultural businesses. Bankers are asking if they have the cash flow to pay bills.”

The Federal Reserve Bank of Kansas City said last week that rural lenders it surveyed are seeing an erosion of financial health and credit conditions for crop and livestock producers in a seven-state region from Missouri to Colorado. In the third quarter, nearly 30% of the banks reported a significant deterioration of working capital for farmers, about twice as many as the same time in 2015, the Kansas City Fed said in its Nov. 10 report. An index tracking loan-repayment rates in the region was the lowest since 1985.

“Farmers were fairly flush with cash during the really good times,” said Nathan Kauffman, assistant vice president at the Omaha Branch of the Kansas City Fed. “We continue to see deterioration in general in credit conditions, repayment rates, liquidity, farm income, all of those measures that would kind of be wrapped up in the general financial picture for farm borrowers.”

About 60% of total farm loans have been used this year to finance operating expenses such as seed, fertilizer, animal feed and land rent, the Kansas City Fed said. That’s the most in more than two decades.

Bankers are getting more bearish about the farm economy. The Rural Mainstreet Index created by Creighton University, based on monthly surveys of lenders across 10 Midwestern states, sank in October to the lowest since April 2009. The banks expect about 22% of farmers to suffer negative cash flows in 2016, and some lenders said farm foreclosures will be an increasing challenge.

Farmers National Co., which manages more than 5,000 farms and ranches in 24 states and Canada, said its land-auction business is getting a few calls from banks that are demanding borrowers sell acres to reduce debt or pay off loans.

“I don’t see things turning around until next year, and I’m an optimist,” said Jim Farrell, the chairman and chief executive officer at Omaha, Nebraska-based Farmers National.

MetLife, which manages a portfolio of mortgages for farms, ranches, food production and timberland, said in a Nov. 10 report that farmland values will keep falling for another two years. Prices are headed for their first significant slump in three decades, MetLife said.

In the five Midwest states monitored by the Federal Reserve Bank of Chicago, farmland values dropped for the fourth straight quarter in the three months through September, the longest slide since 1987. Prices are down 5% from a year earlier in Iowa and 4 percent in Illinois, the Fed said in a Nov. 10 report. Those two states are the top growers of corn and soybeans, the biggest U.S. crops.

Farm debt in 2016 will be five times larger than net income, up for a third straight year and the highest ratio since 1985, USDA data show. At the same time, sales have fallen for the likes of tractor-maker Deere & Co. and seed supplier Monsanto Co.

The crop glut may be worsening. Inventories of corn, wheat and soybeans will rise 38% to the largest since 1988, the USDA said Nov. 9. An October survey of farmers by Purdue University showed growing pessimism. About 79% of 400 respondents said they expect bad financial times over the next 12 months. According to the University of Illinois, farmers in the central part of the state will lose $28 an acre on corn in 2016, compared with a record $382 profit in 2011, and they will earn $67 on soybeans, down from $229 in 2010.

“Most of the problems are with producers who kept trying to grow at the end of the boom cycle by buying more land, equipment and bidding up cash rents,” said Joe Kessie, senior vice president at Lake City Bank in Warsaw, Indiana, and chairman of the agriculture committee at the American Bankers Association. “The biggest problems are with younger farmers and producers who don’t have a big land base to refinance operating and equipment loans. I have had to pass on some deals that just won’t work.”

The outlook isn’t all bad. Most producers remain profitable, aided in part by the highest crop yields ever. And an increasing share of U.S. agricultural output comes from bigger producers with deeper pockets. With long-term growth in food demand, farm values should be rallying again by 2020, according to MetLife.

“Fortunately, most farmers understood the cyclical nature of commodities,” said CoBank’s Kowalski. “There is an opportunity coming for those producers who played the boom period conservatively.”