Wild hog toxic bait to be tested in Alabama and Texas 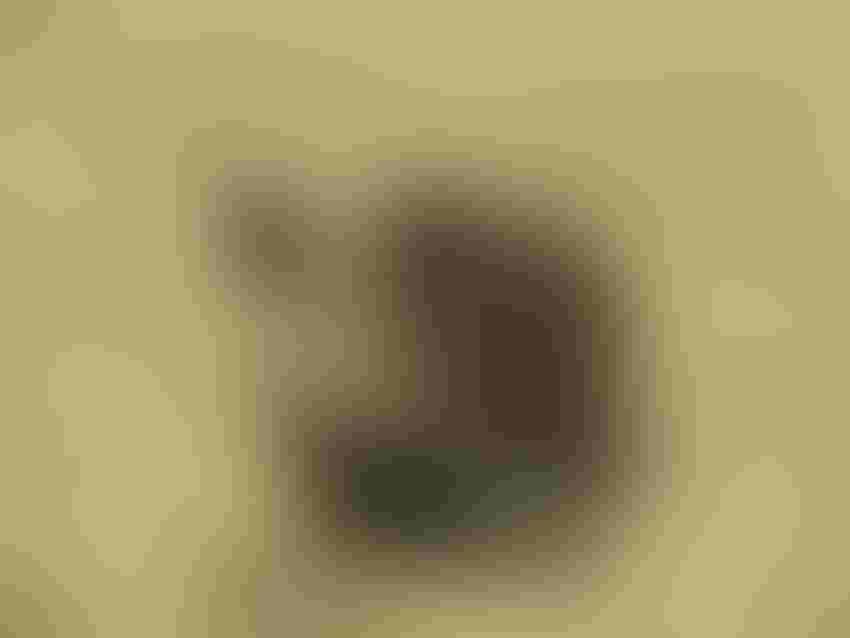 The rapid and uncontrolled population growth of feral swine in Texas and other affected states has been a severe problem for at least the last decade, damages caused by the wild animals reaching into the millions just in Texas.

Nationally, feral swine cause major damage to property, agriculture (crops and livestock), native species and ecosystems, and cultural and historic resources. This invasive species costs the United States an estimated $1.5 billion each year in damages and control costs.

In addition to these concerns, because of their very nature, feral swine, which wallow along river banks, lakes and ponds, are known to spread diseases to other types of wildlife, and domestic animals. Feral pigs are also becoming a problem in some suburban areas as they root up turf at homes, parks and golf courses. They also turn over and root through trash cans in suburban areas and pose a driving hazard when moving in large numbers near roadways and highways.

In recent years a major effort to control population numbers has helped, but wildlife and public health officials say more needs to be done. But with an estimated five million feral swine running free in the United States, controlling the problem appears to be greater than current efforts to manage their numbers.

Related:No end in sight for Texas' war against feral swine

Existing control methods include hunting and trapping the animals, but in spite of eliminating a considerable number of the animals, feral swine continue to spread into other states not previously known to be feeding or breeding grounds. Overall, 39 states have reported some level of problem with wild pigs.

Texas is home to more feral pigs than any other state — an estimated 30 percent to 50 percent  of all feral swine in the nation, according to USDA. More effort to reduce their numbers has occurred in Texas than anywhere else, representing more traps, more hunts, and more research. Yet their numbers are growing, and so is the amount of damage they cause each year.

In 2017 Texas Commissioner of Agriculture Sid Miller unveiled a wide-reaching plan to deal with the feral hog problem, calling for what he termed a "hog-apocalypse" involving the distribution of a deadly poison bait. Miller initially approved the legal use of a commercial poison that contained warfarin, the same drug used to kill rats or prescribed by doctors, in smaller doses, to prevent blood clots. Once feral swine ingest the poison, they begin to bleed internally. But hunters and conservationists expressed concern, fearing other animals may be exposed to the toxin, possibly affecting any animal or human predator feeding on the meat of a poisoned pig.

Shortly after announcing its use, the manufacturer of the poison bait voluntarily removed the product from the market out of fear of lawsuits and other possible retribution.

Now, USDA’s Animal and Plant Health Inspection Service (APHIS) is evaluating another type of oral toxic bait for use with invasive feral swine. APHIS received an Experimental Use Permit (EUP) from the U.S. Environmental Protection Agency to conduct sodium nitrite toxic bait field trials on free-roaming feral swine in Texas and Alabama last November, and signed a final environmental assessment and issued a Decision and Finding of No Significant Impact (FONSI) associated with conducting field trials using the poison.

"Wildlife Services takes the selection and use of toxic baits for use in wildlife damage management very seriously. The final environmental assessments, FONSI and EUP, are the result of years of collaborative research by Wildlife Services and multiple private, state, federal and international partners," reports APHIS Wildlife Services (WS) Deputy Administrator Bill Clay. "With these in place, we can now begin field trials to help determine the effectiveness of the sodium nitrite toxic bait for removing feral swine sounders in natural settings, as well as any potential impacts to non-target wildlife."

Clay says the EUP allows researchers to partner with landowners to identify and target three to nine feral swine sounders (herds) each in Texas and Alabama. He said bait delivery systems designed to prevent access by non-target wildlife will be filled with placebo bait, placed in the sounders’ territories and monitored with motion-activated cameras.

Following a period of acclimation to confirm feral swine use of the baiting areas, the placebo bait will be replaced with sodium nitrite toxic bait for two nights. As a research method, at least 30 feral swine and no more than 30 raccoons in each state’s study area are to be captured live and radio-collared prior to baiting in order to monitor their movements and exposure to the bait. Landowners within 300 meters of bait stations will be notified, and signs will be placed on bait stations and along roads leading into the study areas.

"Sodium nitrite (NaNO2) is a meat preservative commonly used to cure meats such as sausage and bacon. When eaten in high doses over a short period of time, it is toxic to feral swine. The mode of death is similar to carbon monoxide poisoning. Once enough sodium nitrite bait is eaten, the feral swine gets faint, is rendered unconscious, and quickly dies. In most cases, feral swine die within two and-a-half to three hours after eating a lethal dose," Clay said.

Researchers say many factors are considered when developing a toxic bait for feral swine. Not only must it be effective and humane in eliminating feral swine, but also must be low risk for those handling it, the environment, and wildlife. Other wildlife, such as raccoons, bears and deer, may be attracted to the sodium nitrite toxic bait, but to prevent non-target species from accessing it, researchers will use delivery systems and baiting strategies designed to target feral swine. Trials will not be conducted in areas with known black bear populations.

The trials are scheduled to begin in both Alabama and Texas as early as February.

"Although trapping, aerial operations, and recreational hunting of feral swine have effectively reduced damage in some areas, studies show that at least 70 percent of feral swine must be removed each year in order to prevent population growth," Clay said. "Should the U.S. Environmental Protection Agency approve the toxic bait for use with feral swine, it could become another tool in the toolbox for integrated feral swine damage management."

While farmers welcome technology that helps to control the damaging swine in their fields, there are skeptics.

Roland Ortiz, a commercial trapper and hunter in the San Antonio area, says wild hogs are "very intelligent creatures," and they are prolific breeders. Ortiz stays busy hunting and trapping hogs on farms, ranches and lately in subdivisions that contract his services.

"We are slowly pushing back into more sparsely populated areas, but they keep coming back. Managing them is a full time job, "Ortiz said.

While he agrees a toxic bait would help to control wild swine populations, he doubts anything will ever solve the problem.

"We have rat poison, but there's still lots of rats," Ortiz notes.