According to a Texas A&M feral hog population report, feral swine have been discovered in all of the 254 counties in the state, and nearly 80 percent of all land area in Texas is considered suitable habitat for the animals. 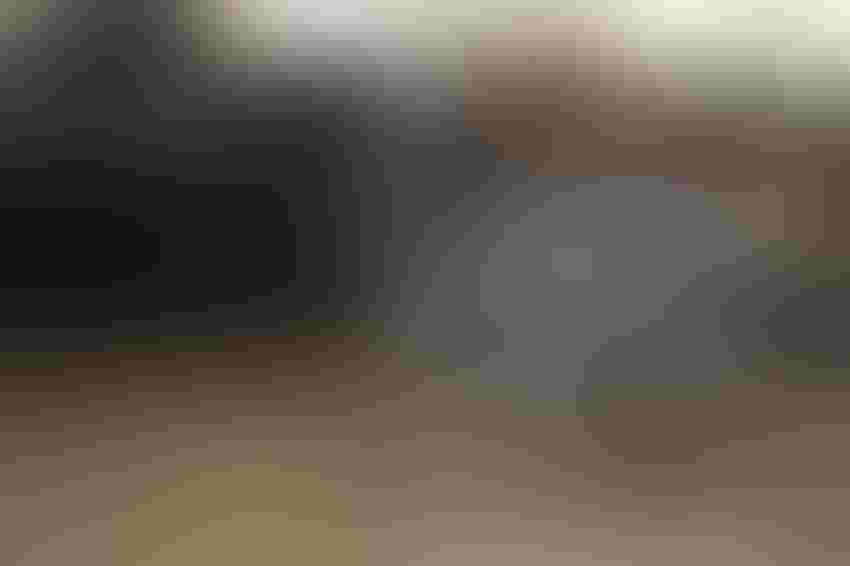 A war has been raging across Texas for a very long time, a man-versus-beast battle that rages across the plains, the Hill Country, the Blacklands, Pineywoods, the South Texas brush country, on sparsely populated rural lands and on open spaces and alleyways of larger cities.

The enemy in Texas runs in large numbers, stealthy at night when they do their greatest damage, and smart enough to often avoid traps and the growing numbers of hunters that pursue them.

And they can be very dangerous, and terribly destructive at their best.

Feral swine continue to ravage field and farm in the Southwest, spreading disease far and wide and polluting water sources in every corner of the areas they populate. And in spite of concentrated efforts to eradicate or control wild hog populations, Texas wildlife officials estimate there are still between two million and three million feral pigs that roam freely across Texas. According to the United States Department of Agriculture (USDA) that is about 50-75 percent of the total feral swine population in the United States.

According to a Texas A&M feral hog population report, feral swine have been discovered in all of the 254 counties in the state, and nearly 80 percent of all land area in Texas is considered suitable habitat for the animals.

According to USDA, the wild swine population in the state costs Texans about $52 million in agricultural damage alone every year. But the damage they cause doesn't stop there. Favorite feeding grounds for the swine include golf courses, open space land like city and county parks, and even 400 miles of public and private beaches along the Texas coastline. Feral hogs are also known to root residential lawns in populated areas.

According to Texas pecan producer Mike Brewer in Sunnyvale, a satellite community in the Dallas-Fort Worth Metroplex, the wild hogs will eat just about everything, rooting the ground for seeds, insects and other edible material.

Brewer told the Dallas Morning News last month that wild hogs eat his ripe pecans that fall to the ground in his orchard before he can get to them the next morning, and in the process tear up the soil around the trees, threatening the welfare of the entire orchard. He and his wife Kathy spend weeks of their harvest season patching soil damage around their trees.

"It's a constant battle," he reports.

It's not just Brewer but thousands of farmers and ranchers across the state who must deal with the damages caused by feral swine. Damages to crops and forage cost producers millions each year. The swine compete with natural wildlife for food and are notorious for wallowing on river banks and around ponds and lakes, polluting water and causing extensive environmental damage.

Earlier this year Texas Parks and Wildlife Department biologists visited with board members of the North Texas Municipal Water District and reported on the serious risks associated with the invasive species. They reported that the animals are mostly nocturnal, seeking cover near water and eating both plants and other animals. They also reported that adult swine have few if any natural predators to control their population numbers.

Texas AgriLife Extension has been helping farmers and ranchers by designing and testing various types of traps in recent years. While there has been a degree of success in trapping programs, most agree trapping alone fails to meet the enormous problem of feral swine in the wild. To further eradication efforts, a comprehensive plan including trapping and hunting of these animals is necessary.

While Texas Agriculture Commissioner Sid Miller championed a move that would provide authorization for the use of a warfarin-based poison control agent to fight the overpopulation of feral swine in the wild, objections were raised over the safety of the poison. Warfarin is an anticoagulant that thins the blood, and in ample dosage, can cause swine to bleed internally and die. Eventually, the threat of litigation against the dangers involved in using the poison resulted in the company that makes the product to withdraw their registration request from the USDA.

Opponents to poison control expressed concerns over the use of the product because other animals feeding on the carcass of swine, including humans who may have hunted the feral animals, and who could also suffer the consequences from the poison-tainted meat.

Commissioner Miller called the withdraw for registration a "kick in the teeth" for rural residents plagued by a serious war against feral swine and he vowed to continue efforts to get the product registered with the USDA for public use.

While the problem of feral swine seems to be out-of-control in Texas, USDA seems to be more focused on preventing the problem from spreading to other states. For the last five years, USDA has been actively hunting down feral hogs in New Mexico, a state that has seen rapid population growth of feral swine.

While the problem in New Mexico is a great deal less than the all-out war on feral swine in Texas, a pilot program to hunt the hogs by helicopter in New Mexico is designed to prevent the same kind of population growth that has plagued neighboring Texas. But USDA is nearing the end of that eradication program because of a lack of funding.

When the program was initiated, $1 million was allocated per year to hunt the feral animals in remote areas of New Mexico. While nearly 1,700 feral hogs were destroyed as a result, funding levels have declined in recent years, and USDA says they are trying to find more funds to expand the program. The existing program is funded until September 2018.

USDA records show the pigs dig up about $1.5 billion in damage each year across the country. But the amount of damage in New Mexico has been reduced because of the USDA eradication program, and their numbers have also declined as a result of the program's success.

He said most at risk in his area are the profitable alfalfa fields in southeastern New Mexico. Considered the best alfalfa quality in the United States, the nutrient-rich hay is a hallmark choice for livestock producers, especially for dairy operators in New Mexico and across the country.

"We need to do more eradication efforts," said Brian Archuleta, USDA District Supervisor for Wildlife Services in New Mexico. "We’re trying to find these little needles in a haystack. They are scattered across remote, hard to access areas. They are dangerous animals. There have been people almost killed by them."

Archuleta says feral swine can be found in 35 states already, and without proper control, that number will continue to grow. He says adding to the success of the eradication program are the number of hunters and property owners in New Mexico that have been hunting the animals, something he says needs to continue.

In Texas, hunters and property owners have also declared war on feral swine, but because of the exceptionally large number of the animals and because they propagate so quickly in the wild, more needs to be done.

For more information about feral swine and steps you can take to help in the control and eradication of these animals, visit the Texas A&M Extension resource center at: https://agrilifeextension.tamu.edu/solutions/feral-hogs/