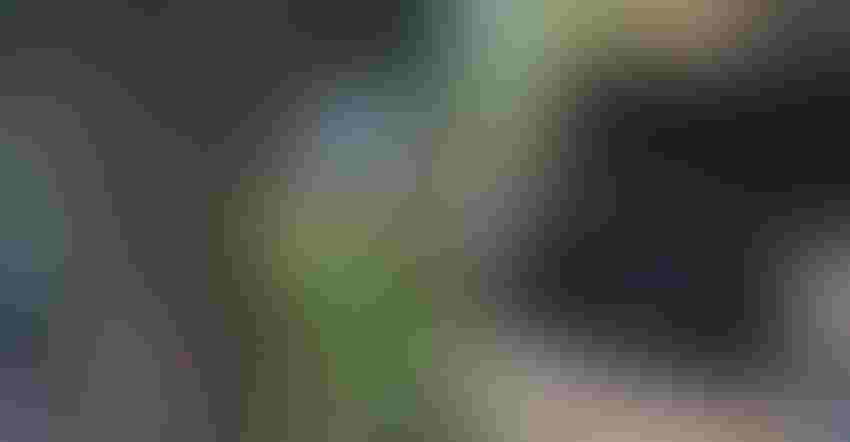 A grapevine is inoculated. A group of Texas A&M researchers has developed a bacteriophage treatment of interest and impact to the grape-growing community as the world’s first organic treatment for Pierce’s disease in grapevines.Texas A&M Center of Phage Technology

Phages — the enemy of dangerous pathogens — are nature’s biggest weapon in the fight against harmful bacteria, working silently and unseen, and in general, routinely taken for granted.

Now a group of Texas A&M researchers has developed a bacteriophage treatment of interest and impact to the grape-growing community as the world’s first organic treatment for Pierce’s disease in grapevines.

Lead researcher, microbiologist Carlos Gonzalez calls it, “a re-found technology,” and explains, “Bacterial phage have been around for a long time, used in antibiotics for treatment of human disease.  They weren’t used in agriculture until the age of genetics and even then, economics prohibited their use because it’s hard to patent a bacteria phage.

“While in the human world, we’ve overused antimicrobials and are now having problems as bacteria are becoming resistant to them, in terms of plants, it’s akin to a shotgun effect that kills all bacteria — and some forms of bacterial are beneficial in the plant world.  Some current products used to control insect vectors that spread disease can have unexpected deleterious effects on non-target beneficial insects, such as honeybees,” Gonzalez says.

“In the case of Pierce’s disease, the bacterium involved is vectored by an insect, the glassy-winged sharpshooter that feeds on plant tissues and the cane, so it’s an effective vector that can sometimes be controlled by systemic pesticides.

“But our research findings resulted in an injectable organic remedy that cures the plant from within rather than as a surface application.  As with any biological, if you rely on pesticides that are not systemic and it rains, it’s not going to do much good,” he said.  “We developed a bacteriophage treatment that works to cure the plant from within rather than a chemical that kills insects that vector the pathogen.”

The bacteriophage therapy, a precision treatment of bacterial infections that use viruses that only infect and kill the bacterium itself, has been used in Northern California test vineyards and after two seasons, reportedly reduced the extent of Pierce’s disease in high-disease-pressure vineyards by almost 60%.

“This is not necessarily a new wonder drug, but a refined toolbox implement,” Gonzalez said.  “It’s approved as organic and a lot of premier wine growers want to grow that way so they can control disease and still remain organic.  Using our research means an organic treatment for the prevention or therapeutic control of the pathogen Xylella fastidiosa which causes the deadly Pierce’s disease in grapevines."

The treatment has been approved by the EPA and is registered in California, Arizona, and Texas as approved for use in organic production.

“Development of this first-ever bacteriophage treatment for Pierce’s is a significant step for the agriculture industry especially in warm and arid places, Pierce’s spreads efficiently and causes large-scale damage.

“Phages are among the most promising emerging technologies and bacteriophage therapies are expected to have a major impact on agricultural sustainability because they allow us to implement more ethical practices and growing techniques that are both good for the plant and the environment.”