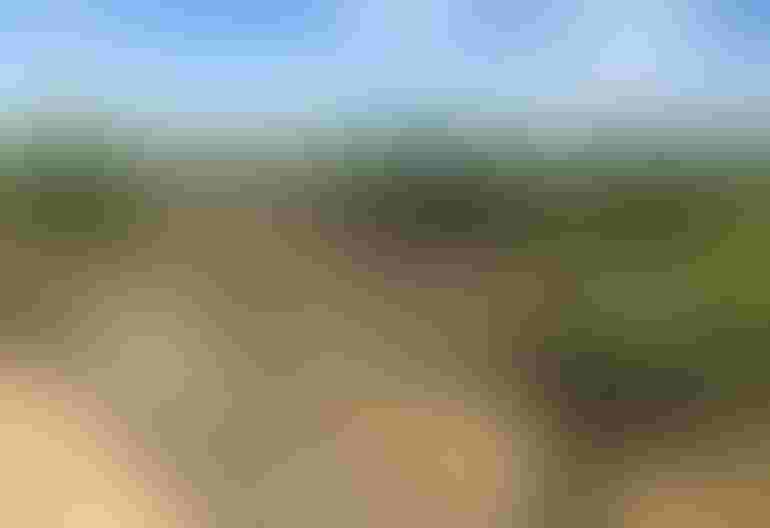 University of California researchers are investigating potential causes of vine collapse reported in the Central Valley and coastal regions.Akif Eskalen/UCANR

A team of researchers, headed by plant pathologists from University of California, Davis, is responding to a growing concern over a malady known simply as mysterious vine collapse.

It’s a condition that’s been around for several years, receiving sporadic investigation during that time, but is of mounting concern for members of the Lodi Winegrape Commission after about 20 of its growers reported its appearance. Other discoveries have been reported in vineyards in the Sacramento-San Joaquin River Delta region, Monterey, Modesto, and other locations in the Central Valley.

“We don’t know the full extent of the problem or its probable cause at this point,” says lead researcher Akif Eskalen. At this juncture, it’s a mystery why grapevines are collapsing without apparent reason, Eskalen says.

“This is a different symptom from grapevine shock disease,” he says. “In this case, the leaves turn brown quickly and the vine withers in short order, it collapses and dies quickly. We don’t know what kind of source is causing the collapse, but it happens quickly and kills the entire vine beyond recovery. It is one of the more potent grapevine diseases and we need to learn more.”

The disease appeared sporadically seven or eight years ago, but individual researchers found it too complex an issue to solve.  Now, plant pathologist Eskalen; Neil McRoberts, the Western Region Director of the National Plant Diagnostic Network; and other specialists like mycologists, bacteriologists, biologists, and plant physiologists will work collectively and collaboratively, providing a global perspective on the problem, to learn what it is, how it does what it does, and what can be done to eradicate it.

Earlier individual investigations tried but failed to uncover the root cause.  “Previous researchers looked at different aspects of the problem, but it proved too complex for a single organization - too complicated to identify,” Eskalen says. “We’re hoping our team approach will help us demystify the mystery.”

“As an epidemiologist, I want to unravel how the pattern of destruction ensues and how the process works,” says McRoberts. “While it’s too early to be talking about specific causes, the working hypothesis is that it’s not just one thing, but some kind of combination of multiple individual effects that cause the problem to develop.”

“I first heard about the problem in December 2018,” Eskalen says. “It captured my interest because my job is to identify pests and diseases that cause problems in grapevines. And while we don’t know the source that causes the collapse, we do know it happens quickly.

“My understanding is that vine collapse occurs year-round, but during the growing season of April through September, it’s more easily identified because of dying brown leaves among living green ones.  In the dormant season, it’s harder to see vines dying.”

Calling the disease “one of more important diseases we have to figure out,” Eskalen says growers in the Lodi area have reported similar instances to different extent, but acknowledges it is becoming a common problem in the region.

“In visiting growers around the state, I’ve also noticed instances in the Delta as well as Modesto and the Central Valley,” he says.

“Similar events have been reported in Monterey and the Central Coast as well,” adds McRoberts.  “Farm managers in Salinas have also made reports of evidence of vine collapse in some blocks there so we’re seeing signs of it elsewhere. Its geographic reach is changing, so it’s hard to know where it’s headed, but now that the problem has entered the collective consciousness, we’ll be keeping an eye out on that from here on out as we learn what it is, how it operates, and come up with a solution to eradicate it.  It’s our job to find out what’s wrong and how to fix it, developing a sustainable solution for the future.”