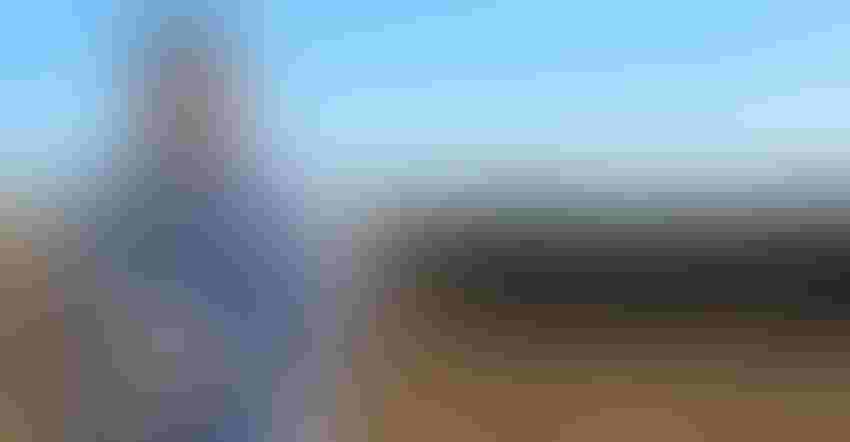 MAINTAIN FLEXIBILITY: Ross Tschetter and his dad, Jerome, have remained flexible in running their beef feedlot near Bridgewater, S.D., to adapt to various conditions. Photos by Kevin Schulz

Operating a beef feedlot with his dad east of Bridgewater, S.D., Ross Tschetter won’t pigeonhole himself into following a specific business model. That’s one lesson he learned while growing up on Tschetter Farms, among the many passed down from his great-grandfather Paul M., grandfather Paul A. and father Jerome. Another lesson is not operating on hope alone.

“Hope is a funny thing,” Tschetter says. “Even if you run your budget right down to the penny and you’ve got your futures locked in on the board, you just can’t guarantee that you’re always going to make that money. I’d rather not make an entire business model based on hope, even though there has to be an element of it involved.”

Tschetter admits he and his dad would prefer to buy yearlings, fill the feedlot, feed them out and cash the check. “My dad loves buying good-looking black calves. He’s got a great eye for it,” he says. “Doing things that way, buying front-end calves and feeding them the best ration we can, and then trying to get a bid on these fat cattle, we like that. That’s easier than having a cow-calf herd. When it pays off, it’s fun. But a lot of times, it does not pay off.”

A comfortable capacity for the Tschetter feedlot is about 600 head. “We’re just not a big enough player,” frankly, to even get a bid sometimes,” he says.

That mindset has altered Tschetter’s focus over the last few years to consider nontraditional practices, he says. This may mean backgrounding yearlings to be sold to a different feeder for finishing, or feeder cows grazing on downed cornstalks before selling them as fed cows.

Or the scenario that’s currently playing out: In late February, the feedlot became home to 32 bred cows that will be sold off as cow-calf pairs. “We have to be more adaptable because you know you’re playing somebody else’s game in the small-time feedlot,” he says. His hope is to get the feedlot up to about 90 bred females. 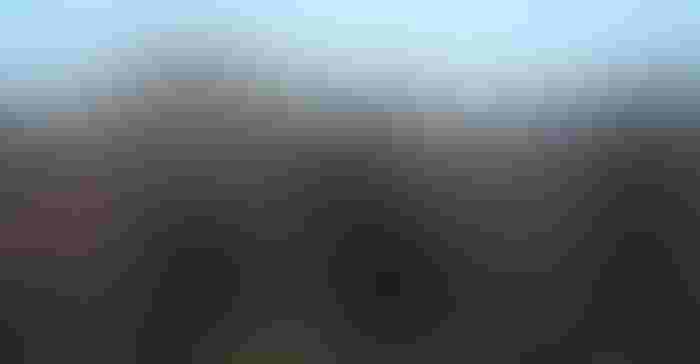 At 39, Tschetter has seen farms and ranches evolve over time, transitioning from diversified operations common across the Midwest for much of the 20th century. “Everybody wanted to do what was more streamlined, most convenient,” he says. “But there’s a certain point where that doesn’t always work. You have to be able to diversify your operation and be a bit more nimble in order to make something profitable that year.”

Tschetter Farms was no different. It once had hog finishing barns, and his grandmother even had a 900-hen laying operation. Through the changes, the cattle feedlot remains the backbone of the operation. The farm also includes 2,500 acres of cropland. Corn, soybeans, oats and alfalfa make up the crop rotation, with the corn and beans being sold off. Dried distillers grain comes back to the farm from the NuGen Energy ethanol plant in Marion, S.D., for feed. Some corn is chopped for silage, and oats are chopped for feed.

Remaining nimble to take advantage of opportunities, Tschetter is thinking of building back some fencing that he spent a good portion of his childhood removing, “so you have the option to graze cows out here.”

Also looking to the future, Tschetter plans on incorporating cover crops into the cropping system. “I think that’s the way of the future and probably shouldn’t have ever got away from it,” he says. “Building soil health and having the ability to adapt within the seasons is going to be really important.”

The addition of cover crops and rebuilding fences will allow the Tschetters to turn their feedlot cattle into grazing cattle if the need arises, as it did this past year during the drought.

After selling off 1,100-pound background yearlings in the fall, the Tschetters then brought in a couple loads of feeding cows and put up electric fence around corn that had suffered wind damage in early September. Those cows were able to graze the fallen corn through fall and into winter, “until they started looking bored, and then we brought them into the feedlot,” he says. They then were sold in early January as fed cows.

“I think the pandemic, if it showed us one thing, it was just how channelized our food system has become,” he says, recalling phone calls from neighbors and friends looking for meat to buy early in the pandemic.

The Tschetters have always butchered their own cattle for family members, but the pandemic caused Tschetter to consider marketing their beef to customers.

Where he’s meant to be

Growing up on the same site where he now lives with his wife, Jennifer, and children Caroline, 7, and Jacob, 5, Tschetter knew he wanted to farm.

After college, he took a job at the South Dakota Soybean Processors plant near Volga, S.D., and his work schedule also allowed him to farm. But the lure to farm full time called, and he quit in 2005.

Starting out wet and then barely raining made the 2005 growing season difficult. “We just got our teeth kicked in,” he says. “That was a big setback.”

Again staying nimble to adapt, Tschetter, with the help of his dad and grandfather, took out a loan to buy a semitractor. “I rented one of the hoppers that we had around and started hustling loads from elevators and farmers and feed mills,” he says.

He ran his trucking business from February 2006 to August 2008, and he has been full-time farming since.