Mikey Taylor is the winner of the first irrigation yield contest for soybeans — at 103 bushels — in Arkansas. 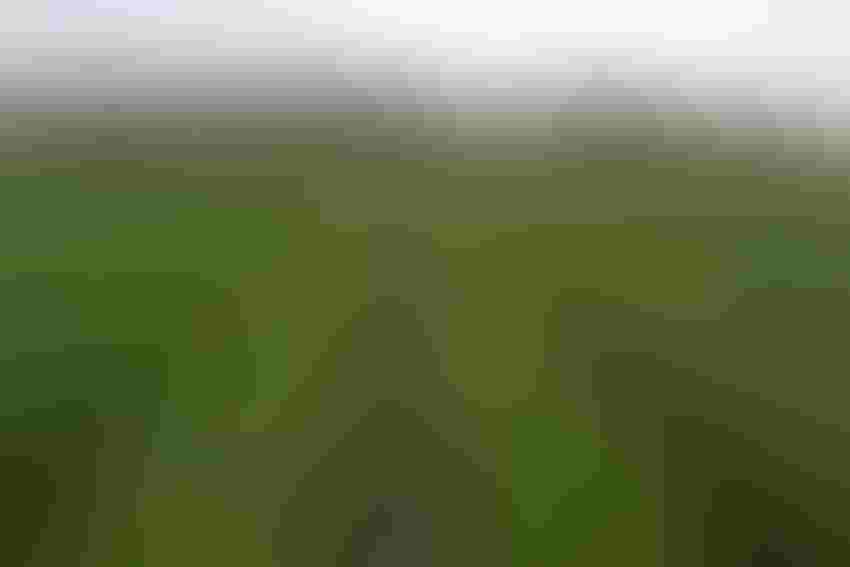 Long Lake Farm is just a stone’s throw south of the Mississippi River bridge. Mikey Taylor, who farms there with his father Mike, is the winner of the first irrigation yield contest for soybeans — at 103 bushels — in Arkansas.

The east Arkansas operation in Phillips County is no stranger to new ideas and a willingness to try newfangled things. Cover crops, experiments, new production techniques — bring them all on.

Mikey says he was first approached by “great county Extension agent” Robert Goodson about the contest. “He thought we could win. He’s the one who helped us get all set up for the contest.”

The contest field is a mixed silt loam that’s been in a no-till system with cover crops for about seven years. There were no moisture sensors in it.

Other than hard work, Mikey says there’s no magic formula to what is done on Long Lake Farm. That goes for irrigation as well. “We mainly watched the weather closely and pushed the crop a little if there was a rain in the forecast. We didn’t water on a schedule but when we felt the crop needed it.

“I’m going to start putting some moisture probes in because that should help me a lot. Mostly, we watch the crop and the weather and if there’s a chance of rain we’ll try and catch it. If that rain doesn’t come, though, we’ll start putting the water out.”

The field was planted April 24, 2018, in Asgrow 46X6. “We hit right at 103 bushels. The beans were planted a bit later and came growing really well. We caught some timely rains and the crop was in some heavy cover — cereal rye with some mustard and kale — so it held moisture well once the crop was up and growing. We also put out a fungicide, Priaxor, on it.”

One thing that was new: the Taylors used the Pipe Planner program for the first time in 2018. “We used it on every acre. Goodson helped us get that going and it proved easy to use and, honestly, we should have been utilizing it a long time ago. We’ll definitely be sticking with it.

“Pipe Planner is huge, as are the cover crops. If you can get a stand in the cover crop, you can’t believe how much water it’ll help retain. That’s the whole purpose of the cover crops — to take the most advantage of your water whether it’s a rain or furrow-irrigating. You don’t get the same runoff as you do on compacted soils. We’re very interested in soil health and improving things along those lines.

“And, the truth is, we also have really good land alongside the river. My great-great granddaddy moved on this land in 1938. That’s probably the biggest factor in the whole thing — more than anything I do. I tell my kids all the time: ‘You better thank God for your dirt. We’re lucky to be on good dirt.’”