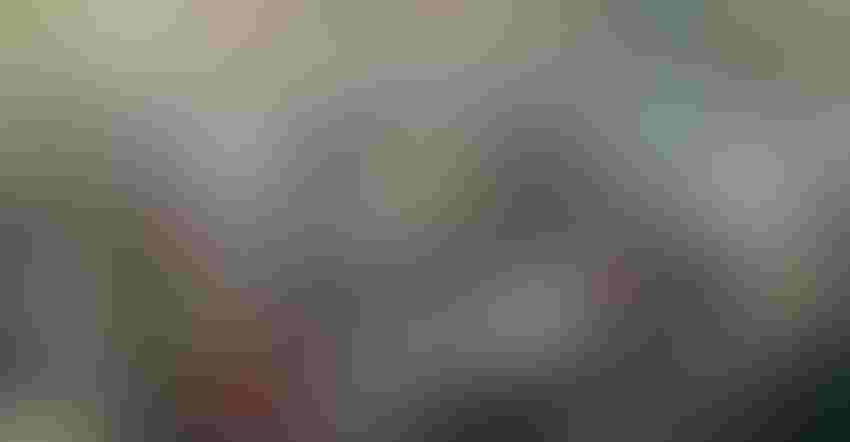 TODAY’S FARM PROGRESS SHOW: Rebuilding an electrical grid from scratch isn’t necessary today because the Farm Progress Show rotates between Decatur, Ill., and Boone, Iowa (shown here), but it was a challenge in 1992 at Columbus, Ind. Chad Colby

“We were thrilled to receive the check,” says Aleesa Dickerson, Hope FFA advisor and vocational-agriculture teacher at Hauser High School. “Our officers helped determine how to put the money to good use.”

“We were glad that we could give back to the community which supported the Farm Progress Show then,” says Matt Jungmann, director of shows for Farm Progress. “We felt it was appropriate to support an outstanding FFA chapter near where the show was held.”

Jungmann didn’t know about the capital credit funds until Mark Wint, a local resident who helps as an electrician at the show, saw a notice in the local paper. He notified Jungmann.

He recalls memories from helping behind the scenes to make sure the Farm Progress Show had the power it needed. In those days, the show was hosted by a different farm every year, traveling on a three-year cycle among Indiana, Iowa and Illinois. Today, electrical infrastructure is less of a challenge because the show rotates between permanent sites near Boone, Iowa, and Decatur, Ill. In the 1980s and 1990s, figuring out how to power the equivalent of a small city for three days and pay for it was a major feat.

“The big challenge was to build the electric facilities for tent city [the show site] by the local electric provider,” Arnholt says. “The electric requirements were large for only a three-day show. The utilities had to make sure other rate payers weren’t subsidizing the cost of the construction for this show. There were always negotiations between the electric provider and Farm Progress on the construction cost. Farm Progress had design requirements which had to be met.

“So, in 1992 when I was with Bartholomew County REMC, I worked with Hoosier Energy’s linemen apprentice training group called HEATS [Hoosier Energy Apprenticeship and Training Safety] to build the tent city line and electric facilities on the site. The HEATS training was a four-year apprentice program. Sometime in the four years, the apprentices had to build a primary line that was not energized.”

The Farm Progress Show site fit the bill because it was all put in place before it was energized. “This was an excellent training opportunity for the linemen,” Arnholt says. “HEATS used about 10 different Southern Indiana REMCs’ equipment and line apprentices at the show site as a great training ground. The 10 REMCs and especially the apprentices were proud to say they built the power grid for the Farm Progress Show site.”