Carbon credit contracts differ from company to company. Make sure you know what you're getting. 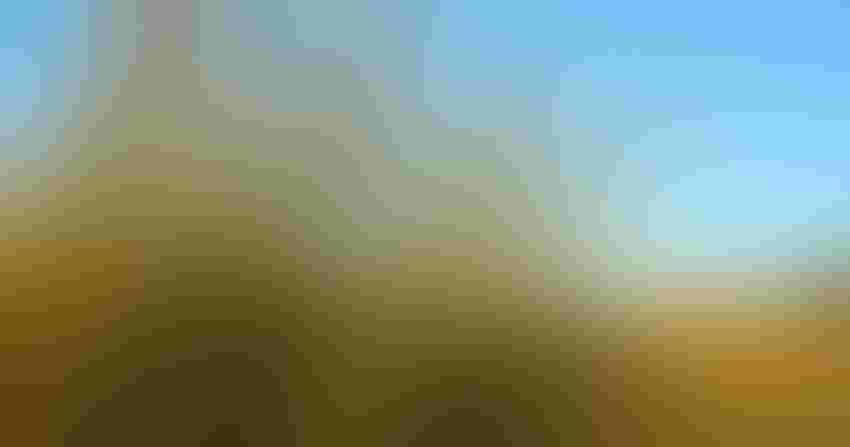 The end buyer wants carbon sequestered so they can claim it, and the farmer who is sequestering the carbon wants to make sure he gets paid for doing so. Weldon Schloneger/Getty Images/iStockphoto

Much has been written about carbon credits since they first arrived 20 years ago to try to get farmers involved in sequestering more carbon in the soil rather than allowing it to escape into the atmosphere.

What hasn’t been talked about much is the language in carbon credit contracts that specifies what buyers (Amazon, Walmart and the Delta Airlines of the world) and sellers (farmers) must do to make sure the contracts perform.

Stephen Carpenter, deputy director and senior staff attorney for the Farmers Legal Action Group Inc., or FLAG, discussed some of those contracts and what producers and their attorneys should be thinking about in a presentation for the National Agricultural Law Center’s monthly webinar series.

“I don’t know what's a good contract – that’s for the farmer to decide,” Carpenter said in his opening remarks. “We are just trying to understand what the farmer is agreeing to when he or she signs one of these contracts.

In recent months, Carpenter has reviewed contracts that have been offered to producers. While they differ from one company to the next some of the language is similar.

Carbon credits occur, he said, because “very large businesses out there would like to say they are carbon neutral, and they’re not able or willing to accomplish that. Instead, they pay someone to sequester carbon, and that will sort of make up for the carbon they release.”

Thus, an end buyer wants carbon sequestered so they can claim it, and the farmer who is sequestering the carbon wants to make sure he gets paid for doing so.

“It’s important to emphasize that for now these are private markets,” he noted. “Regulation may be coming. But, in general, the impetus for these markets is for companies to be more carbon neutral. It’s not because of a government mandate.”

Another factor is the number of layers between the entity purchasing a carbon credit and the farmer. In most cases, Delta Airlines, for example, doesn’t have an agreement with the farmer. There are entities and sub-entities between Delta and the farmer.

“The buyer (or broker) is the person farmers deal with most often,” Carpenter said. “The buyer creates a market for a sale of the credit to the highest bidder, which could be Delta or another large entity. You also have somebody verifying the carbon is sequestered in the manner promised. They can be the same firm as the buyer.

“Sticking to our example, I don’t think Delta Airlines is going broke, but every actor along the way is an entity that could have problems. The farmer is taking the biggest risk here by changing practices, and the payment is dependent on everyone being solvent.”

One issue is the lack of standards that apply to other markets – the weight of a bushel of soybeans, the staple length of a sample of cotton or whether an apple has been grown organically.

“Almost none of that exists for carbon markets,” he said. “There’s no default that says this is how you measure a ton of sequestered carbon or that you will have two tons of carbon if you adopt these practices.

Farmers also need to remember a basic precept of contract law: The writing in the contract is the agreement.

“Farmers should remember promotional materials or what a salesman tells you are not the contract and to look closely at the agreement itself,” he said. “Somebody may say don’t worry about this piece or that section – it’s just boiler plate.

“The idea there is something in the contract no one would ever use is suspect. The other party may choose to use it or not – that’s up to them. But you have to wonder why is it there? If you’re never planning to use it, why not just take it out?”

Another important point is the definition of defaulting on the contract. “In general, state law does not govern what constitutes a default,” he said. “Instead, in most cases, the contract itself will define a default.”

One potential pitfall is receiving more than one payment for a conservation practice. “These agreements all say this is not allowed,” Carpenter noted. “Going back to our example, Delta Airlines doesn’t want to pay for an action that has already been paid for.”

Detecting multiple payments may be difficult since there’s no filing system or registry. “We realize the federal government may soon be paying farmers to sequester carbon so what happens if you have already signed a carbon credit contract with someone that says you can’t be paid twice? Is that double-dipping?”

Other points to consider:

“It may sound like I’m negative about these contracts, and that’s not my intention. My purpose is to encourage farmers to look at the contracts closely and think about where the risk lies.”