Adjusted earnings fell 19% from a year ago. 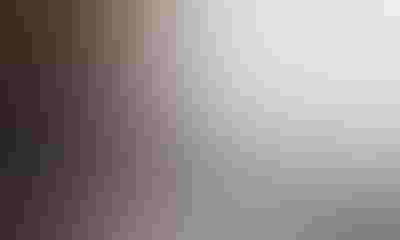 JBS SA, the world’s largest meat producer, said it will need to raise prices and cut production as it seeks to offset a surge in costs and the local currency, which have slashed profit margins in its homeland.

Wesley Batista, the company’s chief executive officer, told investors on Thursday that the meatpacker’s recent efforts to pass through the higher costs to clients haven’t been enough to make up for skyrocketing prices for domestic corn used to feed chickens, while export revenue is being curbed by a faster-than-expected appreciation of the Brazilian real.

"We have important challenges in South America," Batista said on a conference call to discuss company’s quarterly results. "There is more to be done."

Adjusted earnings before interest, tax, depreciation and amortization fell 19% from a year ago to 2.89 billion reais ($921 million) in the second quarter, with margins for the period at the lowest level in four years, the company said late Wednesday. Still, net income increased to 1.5 billion reais from 80.1 million reais a year earlier, helped by a currency-related financial gain.

The Brazilian currency is up 26% this year, the most among major currencies, slashing export revenues when converted into reais. More than 80% of JBS’s sales are in dollars and include revenue from Pilgrim’s Pride Corp., the U.S. publicly traded poultry company it controls.

"We did expect the real to appreciate, but it came much faster than forecast," Batista said.

The executive said JBS is considering the reduction of production volumes in Brazil as it seeks to increase margins. Still, the company has no plans to shut plants.

While conditions remain challenging in Brazil, JBS says the outlook is more favorable for its pork and beef businesses in the U.S.. An expected increase in the availability of animals for slaughter, falling grain prices and rising export demand are seen boosting profit margins in the country in the second half, Batista said.

Revenue climbed 12% to 43.7 billion reais in the second quarter, boosted by increased volumes as well as impacts from the currency, which was on average lower than during the same three months of the previous year. That missed the 44.6 billion-reais average estimate of eight analysts surveyed by Bloomberg.

JBS unwound a $12 billion hedging position used to protect its foreign debt from the fluctuations of the real after losing 5.8 billion reais with those derivatives, the company said. The hedging contributed to a record net loss of 2.74 billion reais in the first quarter.

Ebitda at the Mercosul beef operation rose 21% to 457.2 million reais on improved demand in international markets.

Adjusted net income at Pilgrim’s, the second-biggest chicken processor in the U.S., missed analysts’ estimates after falling 39% in the period on weaker chicken prices, the unit reported on July 27.

Ebitda at Seara, Brazil’s second-largest chicken producer and foodmaker, fell 52% to 382 million reais in the period. Brazil’s chicken and processed food producers have been struggling with a surge in domestic corn prices, and as the worst recession in more than a century limits JBS’s ability to raise prices.

To contact the reporter on this story: Gerson Freitas Jr. in São Paulo at gfr[email protected]

To contact the editors responsible for this story: Simon Casey at [email protected];