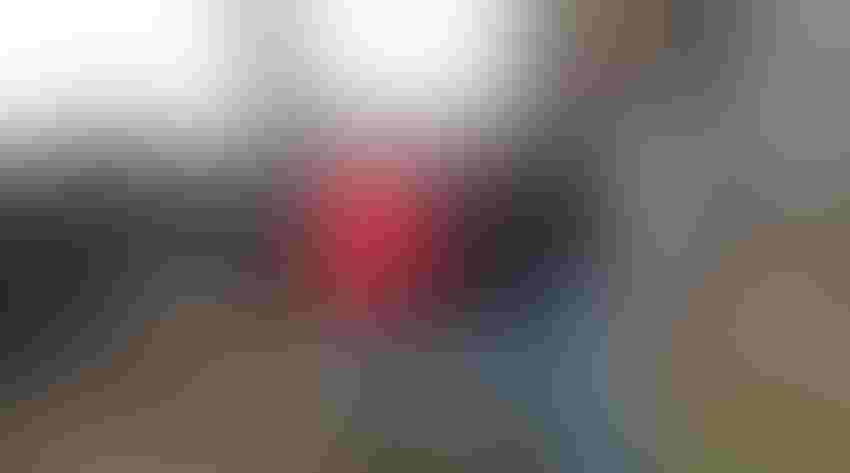 That’s 180 black cows...but the calves come in all colors.

“People who drive by and see the herd often ask us, ‘How did you get a solid white calf or a solid red calf out of that black cow?’” Linda recalled. “I tell them it would take a long time to explain.”

The Barnes family runs a recipient herd. An embryologist will collect embryos from genetically elite purebred stock and place them in the Barnes’ cows. That cow will later give birth to a calf that is not genetically related. The Barnes’ commercial cows have raised purebred calves from just about every beef cattle breed.

“My cows are not super cows, but they are excellent mothers,” Rod said. “My cow gives birth to the calf, nurses it for about seven months, and then those purebred breeders get those calves back, and they pay us for doing that for them.”

Rod, Linda and daughter, Dolly, have been providing surrogates for purebred breeders for about 12 years. Although more work and time commitment are involved in a recipient herd, Rod says it’s a niche market that has proven profitable for their operation.

“We contract a set price for each calf that we raise to weaning,” Rod said. “Because that calf will be elite breeding stock, the price is better than what I would get for just a commercial calf.” 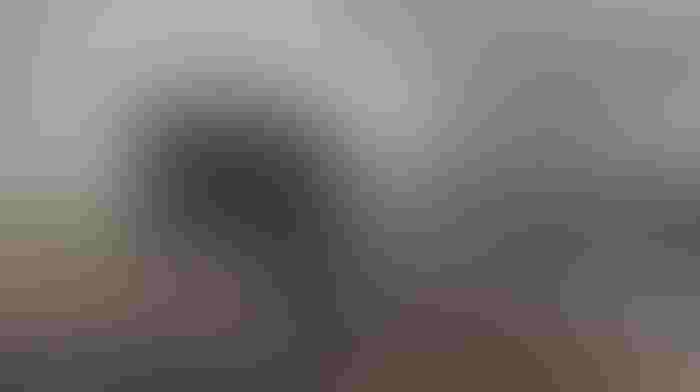 Rod and Linda grew up and attended college on opposite ends of the state. They actually met at a collegiate livestock judging contest where they competed against each other. After marriage, the couple settled near Linda’s hometown in western Tennessee where they started a family, careers and a farm.

“Wesley came down and looked at my cows and liked their fertility and the way they were raising their calves,” Rod said. “The mothering ability of the recipient cows is one of the most important parts of this process.”

The Barneses tried a few cows the first year and liked the program. Twelve years later they’re still working with Klipfel, who matches their surrogate cows with embryos from donor cows out of breeding stock across the country.

“There is a great demand for recipient cows, and I see a lot of producers who try this for a year or two, but they don’t stick with it,” Klipfel said. “The Barneses do a great job and they have the confidence of the breeders.” 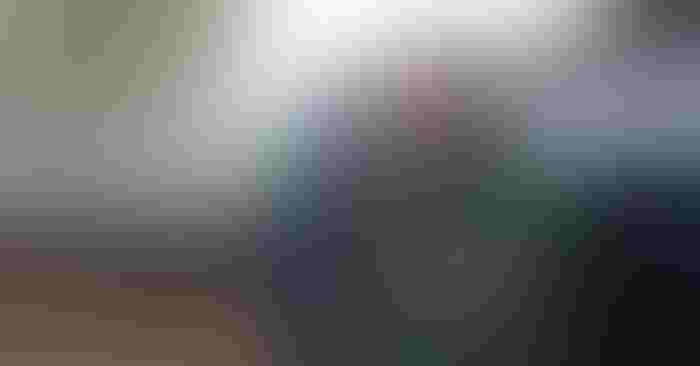 The goal of embryo transfer is to increase the number of offspring of genetically outstanding cows, as well as superior sires. It’s estimated one cow has up to 150,000 eggs, but through natural breeding, she’ll only produce 10-12 calves in a lifetime, a minuscule fraction of her breeding potential.

Through a procedure called superovulation, hormone stimulation will cause the donor cow to release multiple eggs at a single estrus — in some cases as many as 10 or more. Those eggs are fertilized through artificial insemination. Then, seven days later, the fertilized eggs, or embryos are flushed. At this point the embryos can be immediately transferred to a surrogate cow or frozen for later use. The embryos are transferred using a rod similar to an AI rod.

At the farm, Barnes will begin synchronizing his herd in groups of 30 cows. He’ll time the start of his synchronization protocol so that the recipient cows will be at day 7 of the estrous cycle when Klipfel arrives with embryos to be transferred.

It is important that the recipient cow be at the exact same place in her estrous cycle as the donor cow so there is a similar uterine environment when the transfer takes place. Barnes says being off by just half a day will reduce the embryo’s chances for survival. And odds of survival are not great to begin with. When using frozen embryos, the industry average success rate is just over 50%.

“Our farm average success rate is 55%, although we have a few groups of cows with success rates in the 70% range,” Rod said. “If the embryo is not successful, my bulls will breed them, so about 45% of my calves are sired by bulls in pastures.” 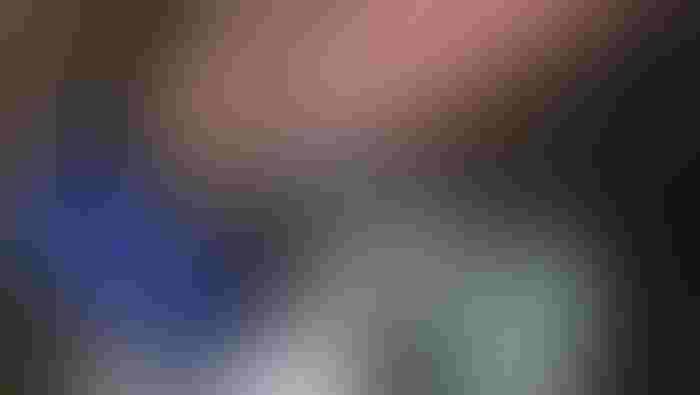 With little room for error, producers will look for ways to maximize embryo survival. The Barneses say it starts with good mothers and a docile herd.

“I’m using an F1 cross of Angus and Simmental because those two together make a female that’s about as good as we know how to produce,” Rod said. “They are extremely docile.”

“You have to have cattle that are very calm, because if a cow gets upset and fights and resists, the adrenaline that goes in her bloodstream will almost always prevent her from getting pregnant with that embryo.”

“Research data shows cows with poor temperaments will lose more pregnancies than docile cattle,” said Justin Rhinehart, associate professor with the University of Tennessee Department of Animal Science. “Perhaps more significantly, having a few high-headed cattle will negatively affect the reproductive function of the rest of the herd.”

Cows that are not docile do not stay long at the Barnes farm. Rod said they are DNA testing their replacement heifers for genetic disposition for docility. But this retired ag teacher also understands the importance of creating an environment where these animals can live up to their genetic potential.

“Her DNA may be for docility, but if I beat, bang, shock and scare her, she won’t be docile long,” Rod said. “We just can’t do things to upset the cows. It makes it almost impossible to get people to help because they want to bang and shout. That’s not allowed here.” 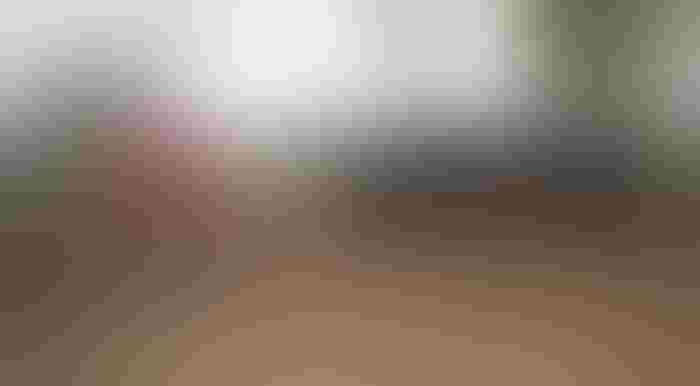 It takes a skilled crew to quietly and calmly work cows, and for the most part, it’s just Rod, Linda and Dolly. While Rod is retired, Linda and Dolly both work full-time jobs — Linda as a farm loan manager with the Farm Service Agency, and Dolly as a high school teacher — making for a busy family, particularly with the extra record keeping and cattle working that comes with a recipient herd.

A good nutrition program is another key element of improving herd reproduction rates.

“When we prepare to breed the cows, we bump their nutrition up, giving them supplemental feed and increasing their protein and TDN,” Rod said. “Females are more apt to get pregnant if they’re in a positive weight gain situation. We time it about three weeks on cows and a month on heifers.”

Even if the pregnancy is successful, an embryo-transfer calf still has to be raised to weaning to complete the contract.

“Your herd health has to be impeccable and your nutrition must be excellent,” Rod said. “If that calf doesn’t grow up to his genetic potential, I’ve done the breeder a disservice, and he probably won’t do business with me next year.”

Replacement heifers are a unique challenge for recipient cow herds. When you consider that most calves are going back to their breeders after weaning, and of the ones left, half are males, that only leaves about 20% of calves on the ground from which to choose replacements.

“That’s almost as many as I’d like to keep as replacements,” Rod said. “So, I quickly realized when we started this that we needed high-quality cleanup bulls that were great on maternal traits.”

“That’s been a negative, because those bulls are more expensive.”

Having good facilities to safely work the cattle through is a must, which is another investment and a potentially limiting factor for some operations.

“We don’t see a lot of recipient cow operations, although a lot have tried and it didn’t work out for them,” Rhinehart said. “It takes a really good commercial producer who already has good nutrition program, a defined calving season and reproductively sound cows.”

“However, if you can deliver a weaned calf to the breeder in the condition that is expected, it can be very lucrative,” Rhinehart adds.

“Small farmers like us are always looking for a niche market, for something that keeps us profitable,” Rod said. “The calves produced through embryo transfer are of great value, and while it takes more work, it’s been a good move for our farm.”