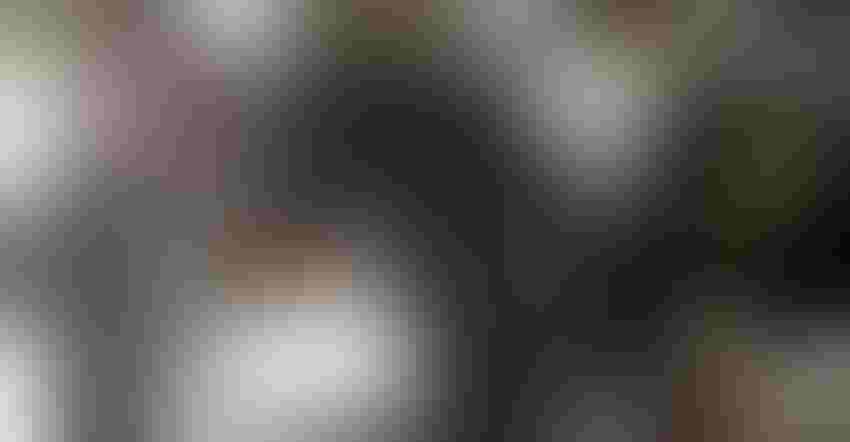 Struggling dairy farmers are finally getting some relief after a wave of closures that hit particularly hard in the presidential election battlegrounds of Wisconsin and Minnesota.

Even as Americans drink less milk, prices on commodity markets have surged to five-year highs, providing some help to those still operating.

While it may be too late to save many farms, the turnaround eases the financial pressure on a swath of President Donald Trump’s rural base ahead of next year’s election. The Trump campaign is trying to pick up Minnesota, which he narrowly lost in 2016, and fighting to hold onto neighboring Wisconsin, which he won last time by fewer than 23,000 votes.

Dairy is especially important to Wisconsin. “America’s Dairyland” as the slogan reads on the state’s license plates. Residents embrace the nickname “Cheeseheads,” and foam cheese-wedge hats are staples at sports events and tourist shops. Towns across the state depend on the money dairy farmers spend at equipment dealers, feed stores, cafes and local retailers.

“By spring, if we keep the prices where they are now, farmers are going to be in a better mood,” said John Rettler, 57, who with his three sons operates a 240-cow dairy operation near Neosho, Wisconsin.

He and his neighbors have endured a five-year glut and trade disputes that have cut access to key export markets. Weather hasn’t been kind either, with a wet spring delaying grain planting and then early snowstorms in October ruining some of the crop of silage and hay farmers planned to feed their cows with over the winter.

Dairy farmers are “very crabby” right now, said Rettler, who also presides over the FarmFirst Dairy Cooperative board. “They’re beaten up so badly. How many times do you get kicked in the stomach and get back up?”

Many didn’t. In the 12 months ended Oct. 1, one in 10 dairy farms in Wisconsin closed and one in eight in Minnesota.

All those closures are finally having an impact on the downtrodden U.S. milk market. Class III futures, which represent milk used to make cheddar cheese, are up about 40% in 2019, heading for the best year since 2007.

“People will recover some footing,” said Marin Bozic, a dairy economist at the University of Minnesota. “They’re stepping back from the brink. And they have time to make strategic decisions on their own terms.”

The milk price increase is already hitting food companies such as Dean Foods Co., the top U.S. dairy processor, which cited higher costs for milk in reporting a wider-than-expected loss in the second quarter. Starbucks Corp. singled out higher dairy costs in the current year in an Oct. 30 earnings call. Kraft Heinz Co., meanwhile, said it boosted prices last quarter in the U.S. on products such as macaroni and cheese and Philadelphia cream cheese.

Even with the higher prices, Bozic expects dairies to continue to close at an above-normal rate, predicting another 6% to 7% operating farms will shut down within a year.

“There are a lot of farms that their balance sheets have been so damaged that there’s no recovery,” said Mark Stephenson, director of dairy policy analysis at the University of Wisconsin.

In some cases, farmers are hanging on in the hope that their inventory of cows and equipment will command higher prices when they sell, said Wayne Gajewski, 59, who has an 80-cow operation near Athens, Wisconsin.

“For some I’ve talked with, if they get some equity back, it will be an opportunity to exit the industry because they will have something to walk away with,” Gajewski said. “It’s just the stress of the industry with the margins being so tight.”

Gajewski grew up on a farm near his current operation, which he’s been running since 1979. He plans to stick it out and takes the milk-price increase as a sign the industry is moving in the right direction. He expressed hope that the Trump administration will conclude trade deals with China and Japan and win passage of the U.S.-Mexico-Canada Agreement.

“Hard times aren’t always necessarily bad because they help people become better managers of what they have,” he said. “For those that survive it, agriculture can have a brighter future.”

--With assistance from Lydia Mulvany and Jonathan Roeder.