&bull; According to Gary Adams, with the National Cotton Council, one&nbsp;factor holding up cotton prices today are&nbsp;recent Chinese purchases intended to increase&nbsp;reserve stocks.&bull; China began purchasing significant quantities of cotton in 2011, Adams noted, ostensibly to &ldquo;stabilize their market and support the price to their farmers of approximately $1.40 per pound.&bull; They procured around 14 million bales of domestic cotton, which is roughly 35 percent of China&rsquo;s annual mill use.&rdquo; 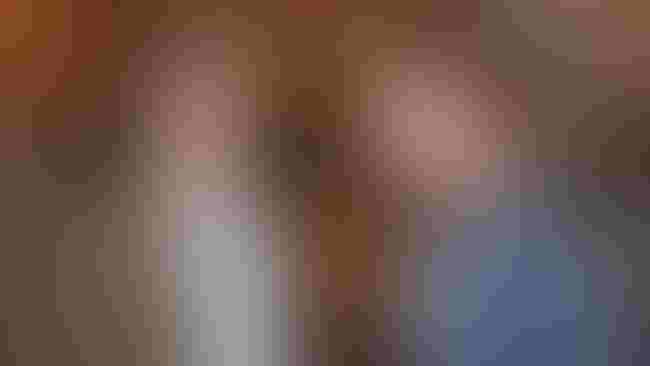 <p> JOHN GILLILAND, left, legal counsel for the National Cotton Council, visits with Gary Adams, vice-president of economics and policy development for the NCC, during a summer joint meeting of the American Cotton Producers and the Cotton Foundation in Nashville, Tenn.</p>

China is still dominating the news behind the world cotton market, but large supplies, falling demand and competing commodities are increasingly important factors to watch, says Gary Adams, vice president of economics and policy development for the National Cotton Council.

Speaking at a joint summer meeting of the American Cotton Producers of the National Cotton Council and the Cotton Foundation, Adams noted that cotton demand began to decline in 2011, after record high cotton prices of around $2 a pound combined with a struggling world economy, led to a general decline in apparel and textile demand and a shift in market share away from cotton toward manmade fiber.

Adams estimates the shift at roughly 5 percent compared to 2010. “This continues to be one of the concerns hanging over the market,” Adams said. “When does that demand turn around?”

As demand waned, USDA dropped its forecast for global mill consumption significantly, from 115 million bales forecast in early 2011 to 105 million bales by the end of the marketing year. Production remained steady, at 122 million bales, pushing world ending stocks on July 31, 2012 to just under 68 million bales, which represents a burdensome stocks-to-use ratio of 64 percent.

Adams believes cotton prices would be lower today if China was not holding such a large percentage of the world’s surplus stocks. China began purchasing significant quantities cotton in 2011, Adams noted, ostensibly to “stabilize their market and support the price to their farmers of approximately $1.40 per pound. They procured around 14 million bales of domestic cotton, which is roughly 35 percent of China’s annual mill use.”

“What we are seeing are some changes in dynamics,” Adams said. “China’s internal price is being held at a higher level than world prices, by as much as 50 cents a pound. It’s continuing to put pressure on China’s spinning industry, and China is starting to look at more imports of yarn.”

Adams noted that with cotton prices at a premium to polyester, “we’re continuing to see a shift away from cotton to polyester.”

Fundamentals may improve in 2012-13. USDA is projecting a world crop of about 114 million bales and some recovery in mill use, from 105 million bales to 108 million bales, “but that is not enough to prevent an increase in world stocks.”

As for this year’s U.S. cotton crop, Adams sees a slightly smaller crop than what USDA is projecting, 17.7 million bales, to perhaps between 16 million and 16.5 million bales. “USDA may not have captured some of the abandonment that has occurred. Crop condition reports indicate problems with the crops in Texas, Oklahoma, Kansas and Missouri. I suspect the 14 percent abandonment estimated by USDA may move a few percentage points higher.”

Outside the United States, USDA is projecting 96.5 million bales of cotton production, down almost 11 million bales from 2011, with most of the reduction due to reduced area.

Another big factor is the yet to be planted cotton crop in the Southern Hemisphere, noted Adams. “USDA is projecting a 25 percent reduction in cotton plantings in Australia and Brazil. The reduction may be greater if prices on the futures market continue to hold as we get closer to planting. We could see the world cotton production number come down a little bit from USDA's numbers.”

On the demand side, USDA is projecting a 2.5 increase increase in global mill demand for 2013. “We are a bit more competitive with polyester, but a lot will depend on the overall economy,” Adams said.

A worsening economy no doubt has taken its toll on cotton demand. Between 1998 and 2006, the world added roughly 39 million bales of global mill use, Adams noted. Subsequently, between 2006 and in 2011, there was a decline of between 17 million and 18 million bales.

Adams said there could be some new players in the world textile industry in the coming years. “China was the growth engine through 2006. They have not been a growth engine between 2006 and 2011. Going forward, China has had a contraction in mill use, and the growth of mill use is occurring outside of China.

“That’s a new dynamic from where we’ve been in the last 15 years. Countries like India, Pakistan and Bangladesh are moving forward in terms of yarn spinning.”

India’s status as a competitor with U.S. cotton could also be changing, according to Adams. “India has caused a lot of uncertainty in cotton market, as it’s gone from being a very aggressive cotton exporter to instituting an export ban earlier this year. And now they’re setting themselves up where they’ll actually be an importer of cotton. They’re expected to be a much smaller exporter of cotton in 2012. So we should see less competition coming out of India.”

Adams noted that China’s stock building policy could continue. “As much as 24 million bales of stocks could be in China’s government reserve by the end of the 2012 marketing year. They have already announced that they are going to operate the reserve policy for 2012. The question is when they release the stocks. They’ve indicated that they don’t want to release cotton at a loss. They already have $1.20 a pound tied up in it.”

Cotton acreage could take a big hit in 2013, as it must compete with corn and soybeans on the supply side, noted Adams. “Frankly, when the cotton price and the corn price both start with a seven, were not in good shape for setting up the acreage decision in 2013. I think we’ll see some acres move out of cotton in other countries as well. So as we move into 2013, we can alter this balance sheet a little bit. And we may be talking about some tighter stocks.”

Producers should keep an eye on what China does with its reserves, Adams said. “At some point, will they see an opportunity to try and release cotton? That’s the biggest uncertainty over the next several months.”