When aldicarb was withdrawn from the U.S. market, cotton farmers began worrying about how they would deal with root-knot nematodes and other troublesome underground pests. Monsanto intorduces new variety resistance to root-knot nematodes.DP 1454NR is being targeted to two areas primarily &ndash; the area south of Lubbock around Seminole and Seagraves, Texas, and for the lower Southeast U.S. It is a full maturity variety. 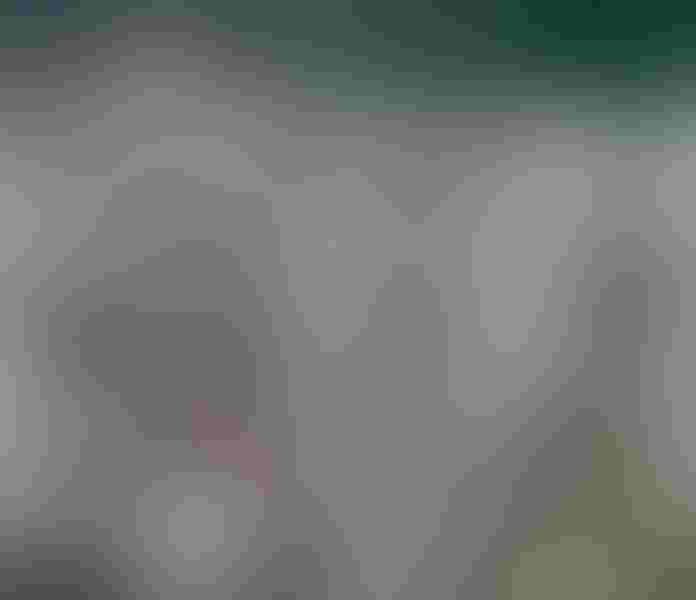 When aldicarb was withdrawn from the U.S. market a couple of years ago, cotton farmers began worrying about how they would deal with root-knot nematodes and other troublesome underground pests without the compound also known as Temik.

Other pesticide formulations were available, but they were expensive and sometimes difficult to apply, which was problematic for cotton producers who were already caught in a cost-price squeeze that had led many to shift acres out of cotton and into corn and soybeans.

Monsanto announced it was introducing a new BollGard 2, Roundup Ready Flex variety bred for resistance to root-knot nematodes at the NPE Summit in Charleston, S.C., Dec. 14.

More than 200 farmers, many of them in the audience at the NPE or New Product Evaluator Summit, tested the new variety in 2013. The new variety, DP 1454NR B2RF, and two other varieties, DP 1410 B2RF, and DP 1441 RF, were introduced as new additions to the Monsanto Deltapine product lineup from the Class of 2014.

“Our concept in bringing this product to market was to have a competitive yield in non-nematode situations so that growers don’t give up anything in parts of fields where they don’t have nematodes, but when they move into those heavy nematode areas of the field to have a good level of resistance to bring a real benefit or yield advantage,” says Dave Albers, cotton product development manager for Monsanto. (Watch a video of Albers explaining the new trait.)

Good yield potential with or without nematode pressure

“So what our breeders have done through the marker technology is select this line in very good germplasm to fulfill both sides of that coin – overall good genetics and yield performance without nematodes and an overall high level of resistance.”

Tested as 13R347B2R2, the new variety yielded with competitor varieties in the absence of high nematode populations and provided yield advantages in fields with moderate to high root-knot nematode levels, according to growers.

“It was the highest yielder at 2,239 pounds per acre,” said Jeremy Louder of Stanton, Texas. “The loan on it was 56.03 cents and the turnout was extremely good at 39 percent. I've been watching this variety for three years in a research plot that we have, and I hope it's our solution to the problem of life without Temik, because every farm we have is just eaten up with root knot nematodes.”

In Brooklet, Ga., Greg Sikes evaluated DP 1454NR B2RF compared to a competitor’s RKN-susceptible variety in a field with nematode problems. Although planted under a pivot, irrigation was not necessary due to extreme amounts of rainfall during the growing season.

“There was a significant visual difference looking across the field at the two varieties,” said Sikes. “We pulled up some of the plants and looked at the roots, and there's obvious difference there, as well.”

Albers says growers need to recognize that the new variety does not provide immunity to root-knot nematodes. “There will be a small amount of galling on these plants, but what we’ve seen is that root development proceeds normally as the plant with it resistance is able to interrupt the reproduction of the root-knot nematodes.

“So the numbers don’t build up to the levels you would have with a susceptible variety, and root development continues in a very normal way. We’re learning a lot about these new varieties, and what we’re seeing late in the season is better plant health in those situations where you would normally have a lot of injury due to root-knot nematodes.”

DP 1454NR is being targeted to two areas primarily – the area south of Lubbock around Seminole and Seagraves, Texas, and for the lower Southeast U.S. It is a full maturity variety and will fit well in areas that normally plant full season types.

“Growers who are very interested in the new variety will get some bags to try on their fields in 2014,” says Albers. “By 2015, we expect to have a much larger supply.”

During a briefing on the new launch at the NPE Summit, Deltapine representatives were asked about using a seed treatment with DP 1454NR?

“The flip side is that in cotton we’ve not had a high level of resistance like we have in this new trait in this new variety so we don’t know yet if planting this same variety on the same field year after year could cause a race shift and give us a new race that could get around this. Certainly, we want to be good stewards of this new trait, and we want it to last as long as possible,” Albers said.

One of the other new varieties, DP 1410 B2RF, is an early maturity variety for West Texas markets. Evaluated in the program as 13R315B2R2, it has shown exceptional storm resistance, as well as resistance to bacterial blight and tolerance to verticillium wilt. DP 1410 B2RF demonstrated very high yield potential and excellent fiber quality potential last season in West Texas NPE fields, growers said.

“DP 1410 B2RF did pretty well for us this year,” said Justin Garrett of Dumas, Texas. “It stripped great, and the maturity was right for us. It’s a short, compact plant compared to the other varieties. We had a lot of late rain and it stood out above the rest.

“It held tight enough in the bolls that cotton wasn’t falling out and stringy, yet it was still very easy to strip. It matured out all the way to the top of the plant and reacted very well to PGRs. I think it was actually a little better than DP 1321 B2RF, because it was so compact and matured out so nicely. I’m looking forward to seeing grade and yield comparisons. I tend to look at varieties that will do well in any given year. If it could do well in a year like 2013, I feel it can do well in any year,” Garrett said.

The third variety, DP 1441 RF, is a mid- to full-season variety for West Texas. Evaluated in the program as 12R244R2, this variety is an improvement over the popular Deltapine variety, DP 174 RF. It fits dryland and limited-water fields, much like 1044 B2RF, and is easy to manage, according to NPE farmers who evaluated it in 2013.

“This variety looked good in our irrigated NPE plot all season,” said Chad Brown of Lubbock, Texas. “I liked the way it grew. It was easy to manage, showed good storm proof and made a good yield average and good fiber quality. The turnout was 35.9 percent, and it went into the loan at around 55.08 cents.”

Life without Temik: What’s next for peanut growers?