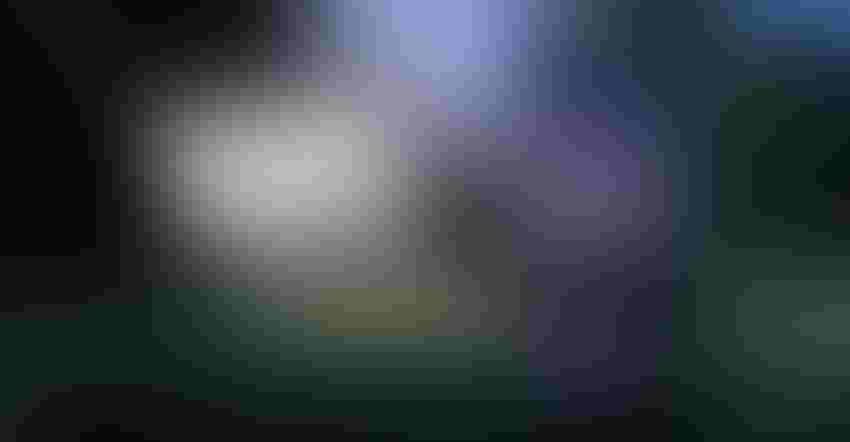 UNDERSECRETARIES CONTINUE DIVERSITY: Ag Secretary Tom Vilsack continues to fill his undersecretaries with a diverse set of nominees from across the country with naming of Dr. Holmes Wilkes, a career NRCS staffer, to serve as the undersecretary of natural resources. USDA

In its regulatory agenda released June 11, the Biden administration signaled that USDA will begin work on three proposed rules to support enforcement of the Packers and Stockyards Act, the 100-year old law that was originally designed to protect poultry and hog farmers and cattle ranchers and address market concentration.

Secretary of Agriculture Tom Vilsack recently shared that a number of rules that were pending during the Trump administration were being reviewed. In addition, the rules promulgated at the end of the Obama administration - such as the “GIPSA rules” – deserve a “refresh and re-look.”

Vilsack notes, “At the end of the day it’s about making sure that producers have a fair shake in the market. And to have that fair shake, there has to be competition. There has to be a clear line understanding, if you will, of what constitutes a fair practice and what doesn’t.”

Friday the Office of Management and Budget released the “Spring 2021 Unified Agenda of Regulatory and Deregulatory Actions,” which sets forth the upcoming actions of the administrative agencies including USDA. USDA says it intends to take three actions related to rulemaking in the months ahead pertaining to livestock market competition.

First, USDA intends to propose a new rule that will provide greater clarity to strengthen enforcement of unfair and deceptive practices, undue preferences and unjust prejudices. Second, USDA will propose a new poultry grower tournament system rule, with the current inactive proposal to be withdrawn. Third, USDA will re-propose a rule to clarify that parties do not need to demonstrate harm to competition in order to bring an action under section 202 (a) and 202 (b) of the P&S Act.

“The pandemic and other recent events have revealed how concentration can take a painful toll on independent farmers and ranchers, while exposing working family consumers to higher prices and uncertain output,” says Vilsack.

“The Packers and Stockyards Act is a vital tool for protecting farmers and ranchers from excessive concentration and unfair, deceptive practices in the poultry, hog, and cattle markets, but the law is 100 years old and needs to take into account modern market dynamics. It should not be used as a safe harbor for bad actors,” Vilsack adds. “The process we’re beginning today will seek to strengthen the fairness and resiliency of livestock markets on behalf of farmers, ranchers and growers.”

In the last five years, stresses and disruptions caused by concentration in livestock markets have impacted not only producers, but consumers as well. As USDA works to strengthen the resiliency of supply chains, enforcement of the P&S Act will be critically important, the agency notes.

Currently, producers who have been harmed by unfair practices must prove harm to the entire industry — a prohibitively high burden of proof that protects corporate monopolies from legal action. This regulation would clarify that parties do not need to demonstrate sector-wide harm in order to bring action for market abuses.

The USDA also signaled they would deem certain practices illegal under the poultry tournament pay system, in which contract growers in one geographic area are grouped together. “This system pits friends and neighbors against one another and should be completely repealed,” the Farm Family Action Alliance notes.

The third change will clarify what conduct is considered unfair, discriminatory, or deceptive; it would also define which practices are considered preferential, advantageous, prejudicial, or disadvantageous to competition.

Just days prior, USDA announced $4 billion in assistance to the food supply chain including a mix of grants, loans and innovative financing.

USDA says complementary efforts such as the P&S Act proposals announced June 11 will also seek to put a spotlight on the need for greater transparency and competition in livestock markets and the meat processing sector, including unfair treatment of some farmers, ranchers and small processors.

Acting Assistant Attorney General Richard Powers of the Justice Department’s antitrust division commended the USDA for the new steps it announced to strengthen enforcement of the Packers and Stockyards Act to improve competition in our agricultural markets.

“The Antitrust Division remains committed to vigorous enforcement of the antitrust laws to protect American farmers, ranchers and consumers, and to ensure they all benefit from robust competition,” Powers says. “We stand ready to work hand in hand with the USDA to use our combined enforcement authorities to pursue these shared goals.”

Previous proposals from USDA on livestock concentration have garnered mixed results from industry groups. The announcement from USDA signals the start of a lengthy process, not the conclusion or result.

“We don't yet have language for proposed rules, and we don't expect to see specifics from USDA for some time, but we are actively engaging with the agency to get more information and make sure that the needs of our members are front and center in the administration's thought process," says National Cattlemen’s Beef Association CEO Colin Woodall. "As we did in 2010 and again in 2020, NCBA will fight hard to ensure that any regulations created or revised under the Packers and Stockyards Act do not reduce cattle producers' ability to realize higher profits and make the decisions that are best for their business."

NCBA says it was successful in stopping what it claims is a “burdensome” 2010 Grain Inspection, Packers, and Stockyards Administration – also called the GIPSA rule - that took away producer marketing opportunities rather than enhancing them. The Trump administration brought the GIPSA rule back up for consideration in 2020, but action was paused during the transition to the Biden administration.

NCBA says it fought hard in 2020 for greater clarity in the rule, to prevent it from stifling cattle farmers and ranchers' ability to use alternative marketing arrangements. AMAs represent an investment in quality, and producers need to be able to access these value-added opportunities to capture the value for that high-quality beef, the beef industry group says.

In 2010, Family Farm Action Alliance leadership supported the introduction of provisions to strengthen the P&S, which they say would have drastically improved market conditions for independent producers; but these regulations were redrafted, weakened, and ultimately not implemented before the end of the Obama administration, the alliance notes.

“During a conversation with Secretary Vilsack in January, I emphasized that without new, strong regulations in the Packers and Stockyards Act, we can’t rein in abusive corporate monopolies. I’m pleased to see that he listened,” says Missouri hog farmer and Family Farm Action Alliance President Joe Maxwell. “I look forward to working with the USDA to implement these rules and invite a conversation on other changes we could make to achieve truly fair, competitive markets.”

“Past failures to adequately strengthen the Packers and Stockyards Act left the regulatory environment a safe haven for huge corporations to grow and consolidate power,” says Maxwell. He applauded the USDA for stating their intentions to make markets fairer and urged them not to repeat the mistakes of the past. “There is more to be done. We need to go the distance to protect family farms.”