Growers in the region compare notes about what they’re seeing in their New Product Evaluator plots during the growing season. 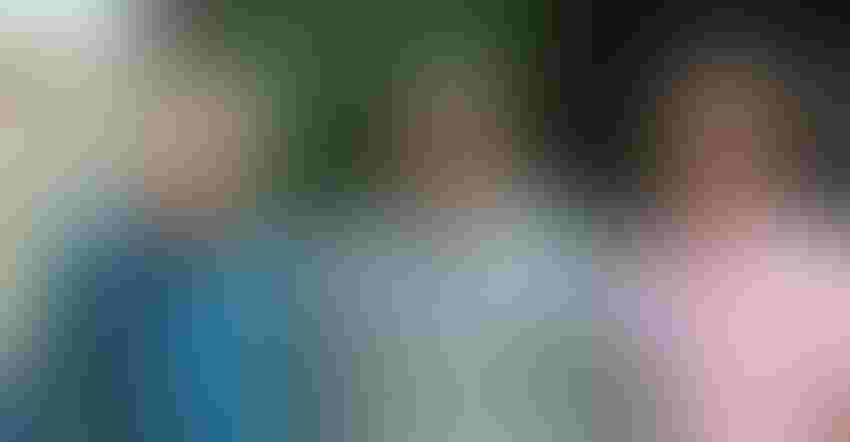 Coley Bailey, Jr., looked up at the sky. “This cotton needs rain this weekend,” he said to two visitors to his farm near Grenada, Miss. “It needs rain right now.”

Over the next 48 hours the field received 4 inches of rain — 2 inches the afternoon of July 29 and 2 inches on July 31, which could have been problematic. It wasn’t in this field, but more about that later.

The summer of 2022 has been hot and dry. The month of June set a record for the number of days that reached 100 degrees. Rainfall had been scarce around Grenada, although the field had received a few showers.

This field has been Bailey’s New Product Evaluator field since 2012. He’s been with the NPE program since it was started by Monsanto in 2008 so selected growers could see and work with its more promising Deltapine varieties. Bayer Crop Science continued it after merging with Monsanto.

“I remember doing boll counts in this field, and I told Coley’s father, Coley Bailey, Sr., that there’s one variety out there that will pick three bales,” said Keylon Gholston, who retired from Bayer as Deltapine’s cotton products manager in 2021.

“Two or three days later, Coley, Jr., called me, and said ‘Keylon, this plot in the NPE field is picking more than three bales an acre.’”

“This cotton has a way to go, but if the middles get full, it’s strong,” said Gholston, who spent 44 years with Deltapine and now operates his family farm near Pratts, Miss., and consults with growers like Bailey. “It just hasn’t shed anything.”

“And we’re to the point now that most of these blooms I’ll put in the picker,” said Bailey. “I don’t know if I’ll get some of these little squares. But we have three weeks to turn this little square into a bloom I can pick. It needs rain this weekend; it needs rain right now.”

What’s also amazing about the field is that it isn’t irrigated. That’s one of the reasons Bailey moved his NPE field to this location in 2012 — so it would be adjacent to land Bailey provides to Mississippi State University for its variety tests.

“They said they had plenty of irrigated fields, and they wanted a non-irrigated field in the hills,” he said. “This way I can see the NPE varieties and what Mississippi State is testing in close proximity.”

Coley Bailey, Jr., started farming full-time after graduating from Mississippi State in 1994. He joined his father, Coley, Sr., and his grandfather, who were farming 1,800 acres of cotton.

“Dad had been higher and had come down to that level because he was involved with Mississippi Chemical Corp., Staplcotn and a lot of other stuff off the farm,” said Coley, Jr. “He was waiting on me to come back to farm.

“And, in almost every case, they’ve rented to us for below the market price,” said Coley, Sr.

“Every one of them has rented to us because we plant no-till and use cover crops and other conservation practices,” said Coley, Jr. “They rented it to us with the hope we would take care of it, and, since we still got it, I hope that’s still the case.”

The cover crops, which include cereal rye, clover and tillage radishes, depending on the location, help improve soil health and water infiltration. “We can get a 2-inch rain on this field, and you will see very little water running into that creek,” he said. “Most of it is going into the soil.”

No-till has helped reduce fuel and labor, which have been in short supply. The operation has six full-time employees besides Coley, Jr., and Sr., Coley’s son, Cole, who is 17, also works on the farm after school and during the summer. “Two years ago, he planted about 45% of the cotton crop after the schools shut down because of the Covid pandemic,” said Coley, Jr. “Last year, the crop was late, and he planted about a fourth of it.” 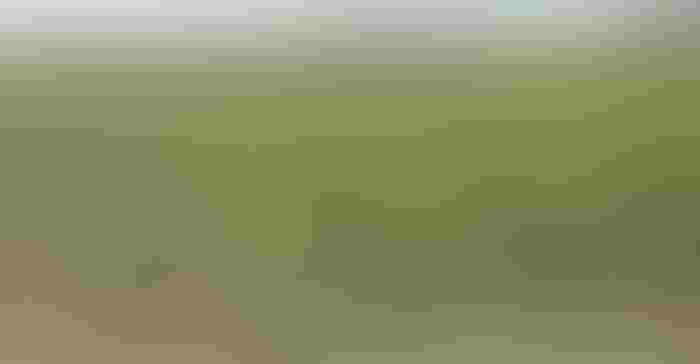 Coley, Jr., said he and other participating producers have grown with the NPE program since its inception 15 years ago.

“When I started with the NPE program, I was planting mostly Triple Nickle (Deltapine 555 BG RR),” he said. “I had learned when you were defoliating 555 not to get your hopes up because you could never tell what it might do. I was defoliating one of the NPE plots that year, and I told Dad ‘This is a flop. It’s not going to be anywhere near 555.’

“When we harvested it, the NPE plot beat 555. I think the cotton in that plot became became DP 0924 B2RF. It got my attention and told me they may know what they’re doing.”

Coley, Jr., said he and other growers in the region compare notes about what they’re seeing in their NPE plots during the growing season. Bailey’s consultant, Ty Edwards, does plant mapping on his cotton every 10 days, which also provides him with information on how the NPE plots are performing.

“We have conference calls by area,” he said. “Usually, ours includes Arkansas, Louisiana and Mississippi. I have a big network of folks from the NPE program that I see at other cotton meetings and at the NPE Summit they have in December. But probably my favorite thing about the NPE program was having Keylon a phone call away.”

One of the hottest topics among participants was NPE varieties containing the ThryvOn trait, which was developed to make cotton resistant to tarnished plant bugs but also has thrips activity.

“It will be a game changer when it is approved,” said Bailey. “We don’t have as many plant bugs in the hills as they do in the Delta, but we always have thrips. Not having to deal with thrips is making the ThryvOn varieties fruit earlier. Knowing how this ThryvOn cotton can make up ground on the front end, you’re not going to have to worry about thrips.

“You will be comfortable planting May 5 through May 20 all the time. My granddaddy’s birthday is April 25, and he always wanted to be planting cotton by his birthday. We haven’t had much April cotton the last five years. Part of that has been the weather, but part of it is these new varieties.”

That will take management “to do it right,” he said. “I’ve put more Pix on the ThryvOn earlier than I ever had,” said Bailey. “I asked Keylon how much Pix he would put on, and he said 10 ounces. I said 10 ounces? He said: ‘It’s 12-node cotton.’ We did it, and it turned out good. I pretty much managed my whole crop this year like I managed that last year.”

Bailey said he hopes to continue to find new and better ways to farm. “My plan is to keep on farming and to learn to slow down if my son, a senior in high school, wants to join me when he graduates from college. I’m not going to make him, but if he wants to farm I want to have a place for him.

“Beyond that, I just want to do better with what we have, whether that’s irrigation management or doing more with cover crops to retain more moisture and then keep going with the test plots to see what’s best for my area.”