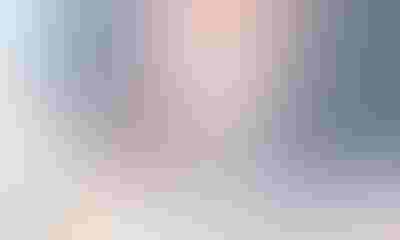 The world’s largest exchange operator is going to college.

To ramp up its recruiting efforts, CME Group Inc. will on Sept. 9 open an office at the University of Illinois at Urbana-Champaign’s Research Park, a technology epicenter that already hosts 101 finance, technology and agriculture companies. Students tapped to work on projects ranging from cryptocurrencies like bitcoin to cloud computing.

By putting down roots in the cornfields of central Illinois, CME is drawing attention to the lengths that the giants of finance are going to to win programming talent. Quants and coders have driven trading toward the speed of light, a battle few firms can afford to ignore. Wall Street firms are fighting the likes of Google for the best hires, meaning any edge -- say, an outpost 140 miles from CME’s Chicago headquarters -- could help.

“It’s about having a hands-on opportunity to engage with students and be able to work on interesting projects,” said Ari Studnitzer, a managing director for CME Group. The University of Illinois graduate also advises the school’s Masters of Science in Financial Engineering program.

Research Park Director Laura Frerichs said companies come to the park to “get a leg up on recruitment and talent.” The 15-year-old facility is one of many across the nation. Stanford Research Park and Research Triangle Park in North Carolina were opened in the 1950s. Wells Fargo & Co. and Bank of America Corp. both have operations at the Stanford University facility, which Facebook Inc. called home from 2009 to 2011.

Jump Trading LLC, another powerhouse of the Chicago trading community whose founders Bill DiSomma and Paul Gurinas went to the school, opened an office at the Illinois Research Park last year. A recent job posting for a full-time software and web development professional shows interest in developing a bitcoin trading platform.

“Most every company across industries is now realizing that software and technology is a competitive advantage, and especially in the exchange and financial space,” said Chris Isaacson, chief information officer at Bats Global Markets Inc. His company runs stock exchanges and a currency-trading platform and recruits from colleges within driving distance of its headquarters in Kansas City, Missouri, including Kansas State University, the University of Kansas and the University of Nebraska.

CME’s new 4,400-square-foot “Innovation Center” is the company’s first venture on a campus and, according to Studnitzer, staff will research topics like blockchain, big data and deep learning. CME wants to employ 10 student interns. As of July, there were 594 students employed at Research Park, according to Frerichs.

“CME locating an office at U of I’s Research Park is a very smart move and will raise their employer brand among highly sought after math and science students,” Alan Guarino, a vice chairman at executive search firm Korn Ferry, said in an e-mailed statement.

“As long as the growth of tech becomes increasingly imperative in the financial industry, which it seems to be, recruiting is going to continue to hike,” Frerichs said.

To contact the reporter on this story: Declan Harty in Chicago at [email protected]

To contact the editors responsible for this story: Nick Baker at [email protected]