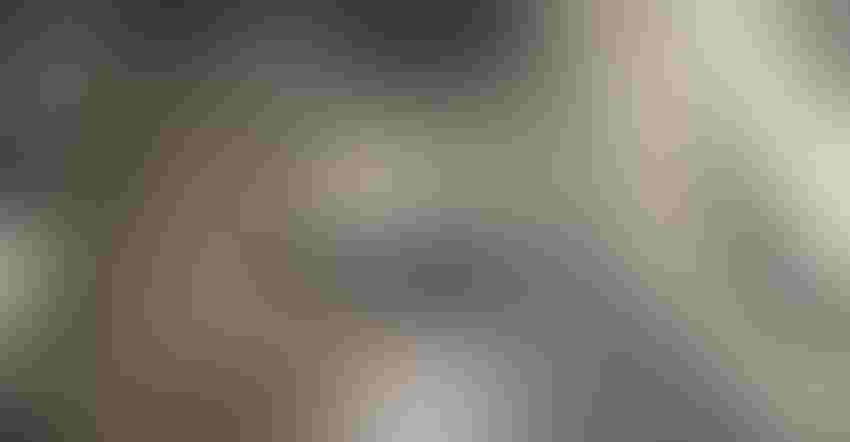 Hydroelectric generation at one of America's major dams may cease in the next year if drought conditions continue to drain reservoir levels at Lake Powell. U.S. officials are trying to bolster the massive reservoir to slow the decline and protect hydroelectric operations.Todd Fitchette

Dire consequences of the ongoing western drought won't merely be measured in acre feet, but in megawatts as rolling blackouts become a likelihood in Arizona and California this summer.

Arizona Power Service, the public utility that provides energy for 2.7 million customers across the state, is said to be concerned that rolling blackouts may happen as temperatures increase.

"APS said they will be hard pressed to avoid rolling blackouts this summer if temperatures get above 117 degrees," Ed Gerak, executive director of Arizona Power Authority, said at a water meeting sponsored by the Yuma Fresh Vegetable Association.

While the topic of the day centered on the lack of water in the Colorado River system, declining reservoir levels at Lake Mead and Lake Powell have real power implications. Water availability has already decreased power generation at the two large dams. Gerak said energy production at Glen Canyon Dam is down 10% since last October. Hydropower at Hoover Dam is off 9% year over year.

Under normal circumstances, Arizona produces more power than it consumes. The surplus is sold onto the western grid and is used in places like California, where that state produces about 20% of its daily demand. Even with Arizona's 25% production surplus, it is not enough to make up the demand difference in California, Gerak said.

"Their appetite, combined with their environmental mandates, are creating a strain of supply and demand issues on power," he said of California.

Mid-April levels at Lake Mead were already below 1,060 feet elevation. This is five feet from Tier 2a restrictions that would further reduce water allocations to Nevada and Arizona, while leaving California's 4.4 million-acre-foot allotment untouched. Mead will have to fall below 1,045 feet elevation before California sees its first cut of Colorado River water.

Concerns appear more critical at Glen Canyon Dam as the reservoir nears minimum power pool. The reservoir level there in mid-April was 3,522 feet above sea level. Full pool is 3,700 feet.

Minimum power pool at Lake Powell will be reached when the surface elevation of the lake falls to 3,490 feet above sea level. All hydroelectric power generation will cease until reservoir levels recover sufficiently. Glen Canyon Dam has a capacity of 1,320 megawatts with the ability at full pool to produce about five billion kilowatt-hours of green power annually.

The likelihood that Powell will fall below minimum power pool by Sept. 30, the end of the 2022 water year, is said to be nil as the Bureau of Reclamation is releasing 500,000 acre-feet of water from Flaming Gorge Reservoir in Wyoming. The thought is that water from that Upper Basin facility will bolster levels at Lake Powell enough to postpone what some think is inevitable given the rapid decline of water in the system. However, that water will not be made available to the Lower Basin and Lake Mead.

Nevertheless, federal water officials will act as if that water passes through Lake Powell and into Lake Mead. On paper, Lake Mead will have 480,000 acre-feet of additional storage, potentially staving off further tier reductions from Lake Mead.

The rapid decline in levels at Lake Mead has not stopped California from taking more than its allotted amount of water from Lake Mead, according to Clint Chandler, deputy director for the Arizona Department of Water Resources. Because of water previously held back in storage at Mead, and credited to California's account, California this year is on track to take 4.6 million acre-feet of water from the Colorado River through its pumps at Parker, Arizona.

Chandler also raised alarms with farmers at the Yuma water meeting by saying the Bureau of Reclamation has no operational experience of managing hydroelectric generation at Glen Canyon Dam with the reservoir below 3,525 feet elevation. The last time Lake Powell was this low was when the reservoir was filling in the 1960 after completion of Glen Canyon Dam.