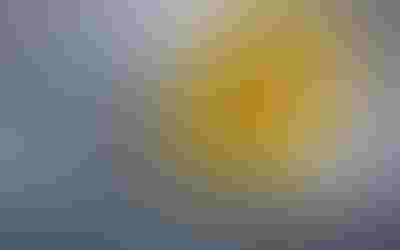 Myriad tax policy proposals are under consideration by the Biden administration and Congress. Farmers are concerned about the implications to their operations as well as what it would mean if they were to pass their farm on. Many on Capitol Hill, as well as agricultural groups, are sharing those concerns on ag tax policy as the debate begins to pick up.

According to the latest Ag Economy Barometer released by Purdue University, 95% of respondents are either somewhat or very concerned that changes in tax policy will make it more difficult to pass their farms on to the next generation.

Eighty-seven percent expect capital gains rates to rise over the next five years. Three-fourths said they are “very concerned” about the possible elimination of the step-up in cost basis for farmland in inherited estates and just over two-thirds (68%) of respondents said they are “very concerned” about a possible reduction in the estate tax exemption for inherited estates.

As members of Congress work to implement President Biden’s American Families Plan, the Tax Aggie Coalition, consisting of 41 national and regional agriculture organizations, is urging lawmakers to enact policies that preserve a sustainable and vibrant business climate for rural America through the preservation of long-standing tax code provisions. They note in a letter that these provisions are fundamental to the financial health of production agriculture and the businesses that supply its inputs, transport its products and market its commodities.

The letter comes on the heels of another letter signed by 13 House Democrats from rural districts who also voiced concern about the impact of the proposed tax policy changes. If not handled properly, the Democrats said, the policy changes would severely impact family farms and small businesses.

With more than 370 million acres expected to change hands in the next two decades, the policies Congress enacts now will determine agricultural producers’ ability to secure affordable land to start or expand their operations. In the letter to Congress, the Tax Aggie Coalition outlines the importance of preserving stepped-up basis, like-kind exchanges and Section 199A business income deduction.

Assets in agriculture are typically held by one owner for several decades, so resetting the basis on the value of the land, buildings, and livestock on the date of the owner’s death under a step-up in basis is important for surviving family members and business partners to ensure the future financial stability of the operation, the Tax Aggie Coalition notes.

Because assets in agriculture are typically held by one owner for several decades, resetting the basis on the value of the land, buildings, and livestock on the date of the owner’s death under a step-up in basis is important for surviving family members and business partners to ensure the future financial stability of the operation, the coalition adds.

“While imposing a new capital gains tax at death ‘with protections so that family-owned businesses will not have to pay taxes when given to heirs who continue to run the business’ may be well-intentioned, this obligation could still discourage the sale of farmland depending on its implementation – potentially increasing the cost and further limiting the availability of farmland,” the coalition explains.

The House Democrats also voiced concerns regarding the stepped-up basis. “The requirement to recognize capital gains at death runs the risk of forcing farms and ranches to sell part, or all, of a farm that may have been passed down for several generations in order to pay the tax burden. While the ability to simply sell a small part of an asset may work for those with shares of stocks, it would force farmers to break up land that may have been in their family for decades and seriously impact their ability to remain economically viable.”

The Democrats' letter also notes that eliminating stepped-up basis without an exemption for farmers presents administrative difficulties. “For example, shares of stock or many other assets are relatively simple to value and taxing other assets when they’re sold gives a clear reference price for valuation, so capital gains taxes have thus far been relatively simple to administer. However, since farms, machinery, and some small businesses may be illiquid or difficult to value, the administrative difficulty is increased,” they write.

In a letter sent May 13 by Republican senators, they cite step-up in basis allows a farmer or rancher to pay capital gains taxes only on the property’s increase in value after inheritance rather than on the full increase in value since it was initially purchased by a parent or grandparent. Farm assets including land, equipment, and livestock are subject to stepped-up basis. In recent years, the asset values in agriculture have appreciated significantly, with cropland values increasing by more than 120% since 1997 in more than half of states across the country. In much of the heartland, this number increases to over 200% appreciation, and in some cases over 300%, in farmland values since the U.S. Department of Agriculture began tracking this data in 1997.

What this means is that across the country, farmers and ranchers are facing an average capital gains tax of $560 per acre, according to the American Farm Bureau Federation, the senators note. This amount is significantly larger than the rental cash income generated on farmland and the average profit per acre. The bottom line is that it would take several years of income to pay such a large and burdensome tax obligation.

Like-kind exchanges provisions allows businesses to buy and sell like assets without tax consequences, thus helping farmers and ranchers, who are typically “land rich and cash poor,” maintain cash flow and reinvest in their businesses, the Tax Aggie Coalition adds.

Key to maintaining a reasonable level of taxation for pass-through business’ like farms and ranches is continuation of the Section 199A business income deduction. “Eliminating or reducing this key business provision will result in a huge tax increase for farmers and ranchers at a time when they can ill afford it,” the coalition writes.

Farms and ranches, like all businesses, must constantly adapt and reinvest in their land, buildings, equipment, and animals to stay efficient and competitive in the marketplace. They must do this while dealing with cash flow challenges that come from thin profit margins and from having to pay ongoing operating expenses with uneven or seasonal income.