Normal farming practices are seen as part of the climate problem, but sequestering carbon in soil may be part of the solution. 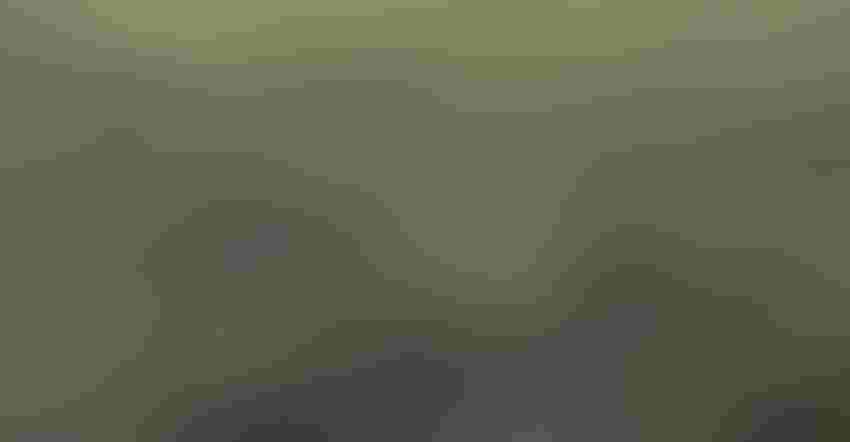 President Joe Biden’s green push is fueling a gold rush across America’s farm country as companies seek to profit from a nascent market for pollution offsets.

With cows belching methane, fertilizers emitting gases and tractors burning diesel, agriculture is usually seen as part of the climate problem. The sector accounts for 10% of U.S. greenhouse gas production. But the world’s soil may be able to sequester as much as the fossil-fuel emissions from the transport sector globally or nearly as much as the carbon dioxide released by the electricity industry worldwide. It’s a potential that agriculture firms, big and small, are keen to tap. Buyers so far include Microsoft, North Face and others eager to offset their emissions.

“It’s a little bit of a gold rush out there, with a lot of new entrants coming in with a lot of great claims,” said Chris Harbourt, global head of carbon at Indigo, which will be one of the few companies to have credits verified by formal carbon registries. “But do they have the buyers to really back it up?”

The Biden administration is thinking of stepping in. Biden has promised to make climate change a top priority and bring down emissions to net-zero by 2050. He ordered all agencies to come up with a whole-of-government approach to achieving the goal.

Agriculture Secretary Tom Vilsack touts potential “early wins” from a sector he argues can pivot more rapidly than other major polluters such as power plants, transportation and construction. The sector generated only 2.5 million credits from 2013 to June 2020, a tiny fraction of its potential, according to the U.S. Department of Agriculture.

U.S. agriculture in 2019 was responsible for 629 million metric tons of carbon dioxide-equivalent emissions, up 8 million tons from the prior year, according to the U.S. Environmental Protection Agency. A carbon credit represents a 1 metric ton reduction in carbon dioxide or the equivalent amount in a different greenhouse gas.

Farming is in constant exchange with the atmosphere. Raising livestock gives off methane, a greenhouse gas 21 times more powerful than carbon dioxide. The gas also wafts off pig manure, while fertilizers spread on fields emit nitrous oxide, more potent yet with 300 times the warming impact of carbon dioxide. But crops, pasture grasses and trees take in carbon from the atmosphere and deposit it in roots and soil.

The idea is to re-balance that exchange. Special feeds make cows belch less. Digesters can turn methane from manure into biofuel. Cutting down on fertilizer reduces nitrous oxide. “No till” and reduced-till farming avoids plowing fields, which releases carbon stored in soil. Cover crops planted between growing seasons draw more carbon from the air into the soil and over time may reduce the need for fertilizer.

“The Biden administration is taking this on and, for the first time, many different sectors are realizing that you need brown and green to actually do green,” said Erin Fitzgerald, chief executive officer of U.S. Farmers and Ranchers in Action. “We need to lean into the next decade. This is no longer business as usual. We’re faced with extreme episodic weather events.”

But it’s also far from simple. Startup costs can swamp financial gains so large operators may squeeze out smaller ones and increase farm consolidation. Adding a cover crop costs at least $20 an acre for the seeds and up to $15 an acre to get it planted, according to Indigo’s Harbourt.

And there’s the question of how to reward farmers like organic growers who are already using these methods. Mark Isbell, an Arkansas rice farmer who has reduced emissions, says he is worried about creating “perverse incentives.”

“What the market would tell you to do would be to go out and plow that up, turn that carbon out of the soil,” Isbell testified at a Senate Agriculture Committee hearing on climate initiatives. “Basically, squeeze the sponge dry, so that I can soak the sponge back full, and then get paid for that.”

A coalition of farm groups has suggested one-time payments for early adopters.

Environmental groups are split, worrying about paying farmers for steps they might take anyway. Some also recoil at a policy that doesn’t alter — and may entrench — American agriculture’s heavy emphasis on meat production and feed grain for livestock. Activists are pushing Biden to lay out ambitious goals and detailed plans when he holds a virtual summit with world leaders this week on Earth Day.

Some environmentalists worry that credits may supply gains that turn out to be ephemeral. What if a field that has been generating credits for storing carbon changes hands or a farmer later decides to plow again?

“A tremendous amount of that progress in carbon sequestration can be entirely erased with one round of tillage,” said Jason Davidson of Earth Justice, an environmental group that opposes carbon markets.

There are also questions over how to measure carbon sequestration since soil types and climate vary greatly from farm to farm and even within the same plot of land. Verification is an issue, with Indigo so far being one of the few working with the so-called carbon registries that are recognized in voluntary markets.

Registries haven’t escaped scrutiny. Nature Conservancy, the top U.S. seller of carbon offsets, said it’s conducting an internal review of its portfolio following concerns that it’s facilitating the sale of meaningless carbon credits to corporate clients. The move comes as credits were created in forestry areas for trees that were in no danger of destruction.

“It’s a voluntary market, it’s a developing market, it’s a nascent market,” said Ben Fargher, a managing director of sustainability at Cargill, which for now is only using carbon programs to offset its own emissions. “That price discovery is still being discerned.”

Biden officials say they want to move quickly and their climate policy for farmers will be based on voluntary incentives. Robert Bonnie, Vilsack’s main climate adviser, posed a scenario in a transition memo in which a USDA carbon bank might spend $1 billion a year to buy farm-related credits.

Indigo’s Harbourt says the costs are steep in the first few years and government aid is needed. But then, he says, “In year four, the practices themselves start to make really good financial sense. Farmers will stick with them and their grandchildren will stick with them.”