Chris Koch proves how you handle adversity says a lot about who you are as a person. 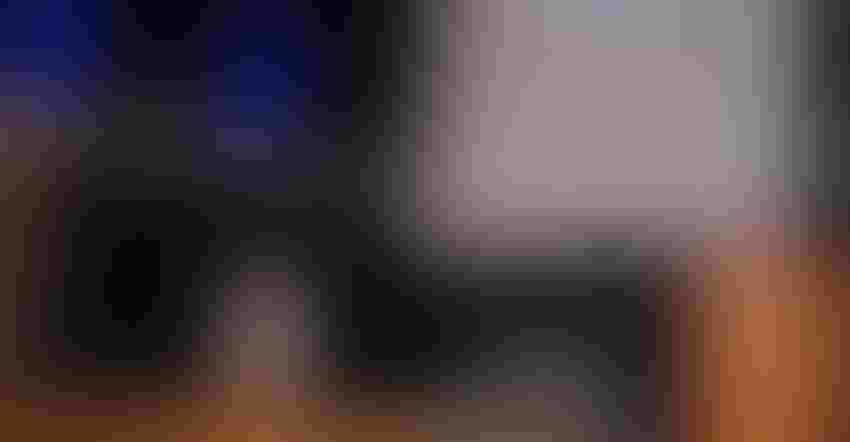 IF I CAN: Canadian Chris Koch has a positive outlook on life, even though he was born with no arms or legs. He says he doesn’t see that as a disadvantage, because he doesn’t know life any other way.Kevin Schulz

The last few years have caused a lot of us to get down on ourselves, or at least get down on the situations that we find ourselves in.

From the onset of COVID-19 and the lingering effects it has had on our health, personal psyche and the overall economy, it has been a long couple of years. Throw into that mix the ongoing drought and a derecho or two, and it’s easy to see how one can fall into the deep pit of a pity party for one.

We are all dealt a bad hand once, twice, maybe multiple times throughout our lives, but how you handle that adversity says a lot about who you are as a person. It may seem hard to climb out of that pity party, especially when it seems so dark.

If you ever get a chance to meet or hear Chris Koch, as I did at this summer’s South Dakota Governor’s Ag Summit, you will soon realize the shallowness of the pit of your pity party.

Koch says he was not raised with pity or sympathy, rather with the power of humor. He relates the story of the day he was born, when his father, Bruce, called Chris’ grandmother to say that they just had a healthy baby boy, but that he was missing both arms and legs. Rather than pitying the possible difficulty of her grandson’s life ahead, she replied, “Bruce never did finish anything he started.”

His childhood in the small farming and ranching community of Nanton in southern Alberta, he says, was normal, playing road hockey and baseball with kids, as well as causing mischief. Whenever he could, he would help on his grandfather’s farm. At the Ag Summit, he showed a video as an introduction to his life. He is shown running a tractor, with modifications.

“If I can” is the title of Koch’s speaking tour and website at ifican.ca. Koch’s message is that if he can travel the world, bungee jump, dive with sharks, hitchhike across Canada, etc., why can’t you.

At one time Koch did have prosthetics for both his arms and leg, but didn’t like the substitute arms and found he could travel a faster without the legs. In that same video seen at the summit, he is shown running across a farmyard. His favored mode of transportation is a longboard.

Since he is on the speaking circuit, air travel is the best way to get around, which he doesn’t mind “as long as I have plenty of leg room.” Again with the humor.

Over my decades in journalism, I have met many different people with inspirational stories, but I have never met anyone like Chris Koch. If he can wake up with a positive attitude, anyone can.

Those words are good ones to live by, and Koch is the personification of that motto.