Calls for further MFP payments could increase if farm prices don’t improve in next few months. 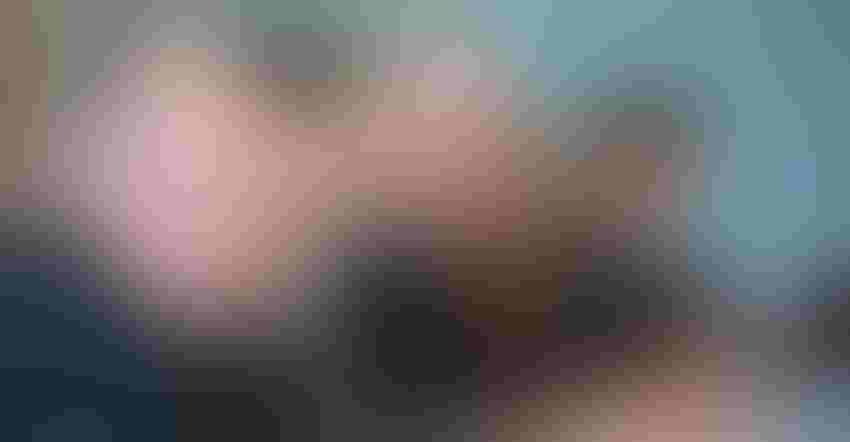 During a House agriculture subcommittee meeting on Tuesday morning, farmers from across the U.S. all shared the importance of building up future trade for agricultural products but also the lifeline offered through the U.S. Department of Agriculture’s Market Facilitation Program (MFP).

“If USDA had not issued Market Facilitation Program payments, we would have ended 2019 in the red,” Lorenda Overman, who farms hogs and row crops in Wayne County, N.C., testified on a panel at the hearing. She said in 2019 and again in 2020, her operation was not able to balance projected budgets with the market prices, even when projecting bumper crops.

Davenport, Iowa, farmer Robb Ewoldt, who serves as the Iowa Soybean Assn. District 6 director and secretary, offered a somber testimony about the economics facing his operation. Without owning any of his own land and holding equity only in highly depreciable machinery, his income went backwards $100,000 in 2018. He said he took a job as a truck driver at night to bring in some income and settle the nerves of his lender so he could get an operating loan approved. Ewoldt is still waiting to see if he’s approved for an operating loan in 2020.

Ewoldt said the debt from the last two years has been unsurmountable for many Midwest farmers. A friend of his bought a farm in 1992 and owes more on it now than he did when he purchased it. “The amount of debt piling up can’t be overcome just by growing corn and soybeans,” he said.

Matt Huie, farmer and rancher near Beeville, Texas, who farms cotton, sorghum, corn, cattle and wheat, said absent a significant turnaround in market prices in the next couple of months, another round of MFP is “absolutely essential” in 2020 to help farmers remain solvent.

“If we don’t see ... a real market turnaround -- and I don’t mean 10 to 15 cents -- in cotton, sorghum and soybeans, then I think without MFP, we’ll see a large wave of bankruptcies across the country,” Huie told members of Congress, adding that even with some government support, bankruptcies will continue.

“MFP only allowed us to break even, at best. I know some have been critical of the Market Facilitation Program, but the average 2019 payment on cotton offset only 39% of the market value we lost,” he said. In a later explanation, Huie noted that even the large MFP payments seen in his area of the country made up for only half of his losses. “If I had a good exit strategy, I would be taking it,” he added.

Connecticut dairy farmer James “Cricket” Jacquier testified that MFP payments of $300 million to dairy farmers didn't make much of a dent in their estimated $2 billion in losses. “Some of that money paid some bills, but it’s truly a long shot from what really needs to happen,” he said, reiterating the desire to have trade markets establish profitable margins.

In comments made before the full House Agriculture Committee the prior week, Agriculture Secretary Sonny Perdue said he anticipates only a 10% chance that farmers will receive MFP payments in 2020 but offered optimism that market purchases will increase. He also noted that MFP was designed as a trade mitigation program, not a price support program, and should not account for ongoing low prices dealt to farmers.

House agriculture subcommittee on livestock and foreign agriculture chairman Jim Costa (D., Cal.) concluded the hearing by acknowledging that “MFP payments are a lifeline, but they should not be a way of life.”

In his opening comments chairing the hearing, Costa noted, “The billions in Market Facilitation Program payments are clear proof that the polices of the last several years have moved us further away from the free and open markets in which American agriculture thrives, to say nothing about inequities in the program structure, especially as related to specialty crop growers.”