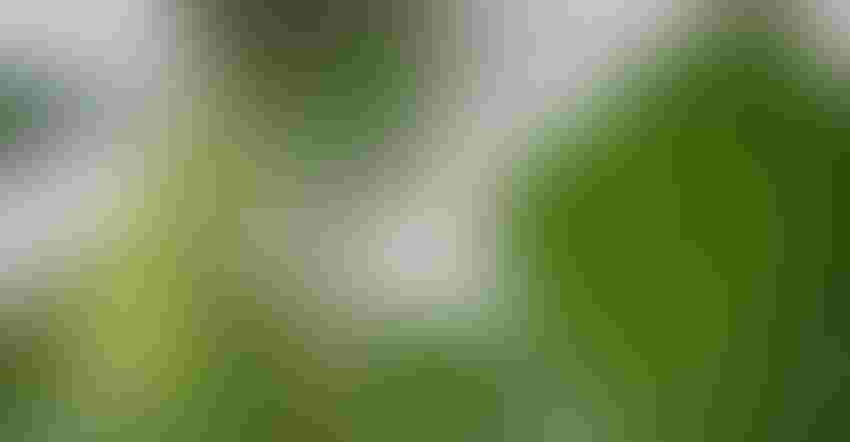 Insect control will play a major role in the management of double-crop soybeans after wheat harvest is completed, said an Oklahoma State University Extension expert.

“It’s important to correctly identify the type of caterpillars infesting the crop and estimate defoliation levels before selecting an insecticide to use,” said Tom Royer, OSU Extension Integrated Pest Management coordinator. “At first glance, the three caterpillars look much the same, but they can be easily distinguished with closer inspection. The key is to count their feet.”

“Grasshoppers are equal-opportunity eaters,” Royer said. “Once they run out of food in their hatching areas, they will move into newly planted soybean fields.”

To estimate stand loss, check 20 row-feet in five locations in the field and determine the percentage of plants cut or missing at each location. Estimate percentage stand loss from the five samples. The treatment threshold for any crop is about 5% to 10% of stand loss, Royer said.

Check grasshopper density by walking in a straight line across the field. Focus your eyes about 10 feet in front of you and visualize a square yard area. Count the number of grasshoppers that jump as you walk slowly forward.

“Walk about 50-75 feet and take another count,” Royer said. “Take counts in at least five different areas of the field and average them out.”

Estimating defoliation can be used for caterpillars or grasshoppers but it can take some practice. To estimate defoliation in soybeans, randomly collect six leaflets — two from the lower part of the crop canopy, two from the middle and 2 from the top — in five locations and estimate percent defoliation by averaging the defoliation level from the 30 leaflets.

The success of double cropping depends highly on initial soil moisture at planting, continued rainfall though the season and severity of heat stress when the crop is at the reproductive growth stage. Farmers using no-till systems may want to review an OSU Extension fact sheet on no-till cropping systems in Oklahoma.