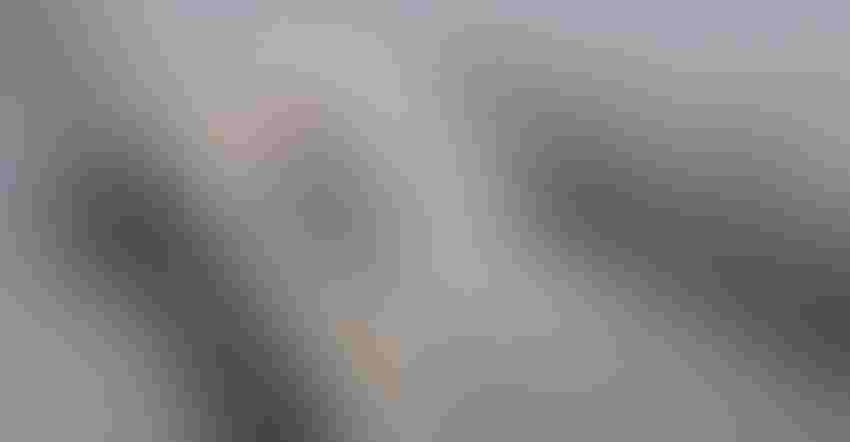 MORE CAPACITY: Barges and ships will be able to carry bigger loads down the Mississippi from Baton Rouge, La., to the Gulf of Mexico thanks to a dredging project that got started due to research conducted with soybean checkoff monies.Photo: United Soybean Board

There's a famous quote from John F. Kennedy: "The farmer is the only man in our economy who buys everything at retail, sells everything at wholesale and pays the freight both ways." Yet research initiated by the United Soybean Board may help alleviate the freight problem, at least a bit, along the Mississippi River.

Based on information provided by a checkoff-funded study from USB and key industry partners, the U.S. Army Corp. of Engineers has approved a $245 million effort to dredge the Mississippi River from Baton Rouge, La., to the Gulf of Mexico, from 45 feet deep to 50 feet deep. That effort can enhance the amount of freight that can move on that 256-mile stretch of the river. The idea has long been the focus of commodity groups, but there was a challenge that needed to be overcome.

"Very few people know this, but one of the biggest hurdles in getting construction moving for the Army Corps of Engineers is the studies needed on the front end," says Meagan Kaiser, treasurer, United Soybean Board. Kaiser also farms in northwest Missouri.

She explains that while USB can't fund actual infrastructure work, the group can fund studies to help explore the benefit of specific projects. In this case, the study showed that this stretch of the river accounts for 60% of soybean exports, along with 59% of corn exports. The research was conducted by the Informa Economics working with the Soy Transportation Coalition. (Note: Farm Progress is owned by Informa).

Kaiser shared with Farm Progress that funding the front-end study work was a place "where the checkoff could shine, and it's the kind of work farmers can fund to break open this opportunity for infrastructure investment." The effort involved USB, STC, the U.S. Soybean Export Council and the American Soybean.

The JFK quote is an allusion to crop basis, which is the price farmers pay often in a reduced price over what's quoted on the Chicago Board of Trade. For many growers that negative basis can be significant. What does a deeper river do for that?

If bigger loads can move down the river faster, that reduces shipping costs. The STC study showed that those costs could decline 13 cents per bushel or $5 per metric ton if the river depth is dredged to 50 feet.

In a release announcing the project, Mike Steenhoek, executive director of STC, comments: " If I had to select a single infrastructure enhancement that would provide the most benefit to the greatest number of U.S. soybean farmers, deepening the lower Mississippi River would be my choice."

The project has been approved by the Army Corps of Engineers and the group will oversee work that will be conducted by the State of Louisiana. Contracts will go out later this year and the project is to be completed by 2024, and traffic along the river will not be impeded.

This use of checkoff funding to kick-start infrastructure work may not be the last effort. Kaiser notes that USB is looking at other kinds of infrastructure issues. "I also chair the strategic planning task force for USB for the next five-year plan," she says. "We're in the middle of planning and infrastructure is part of that."

But she notes the future effort may not be roads or bridges. "We're looking at connectivity from the farm to the marketplace," she says, noting the group is viewing the tools and infrastructure that can help farmers direct market, or reach buyers in new ways.

Dredging the river will allow more soybeans to move more efficiently down the river to export markets. A full accounting of the benefits of this dredging project are outlined on the USB website.