Researchers seek breeding that could provide better resistance to pathogens. 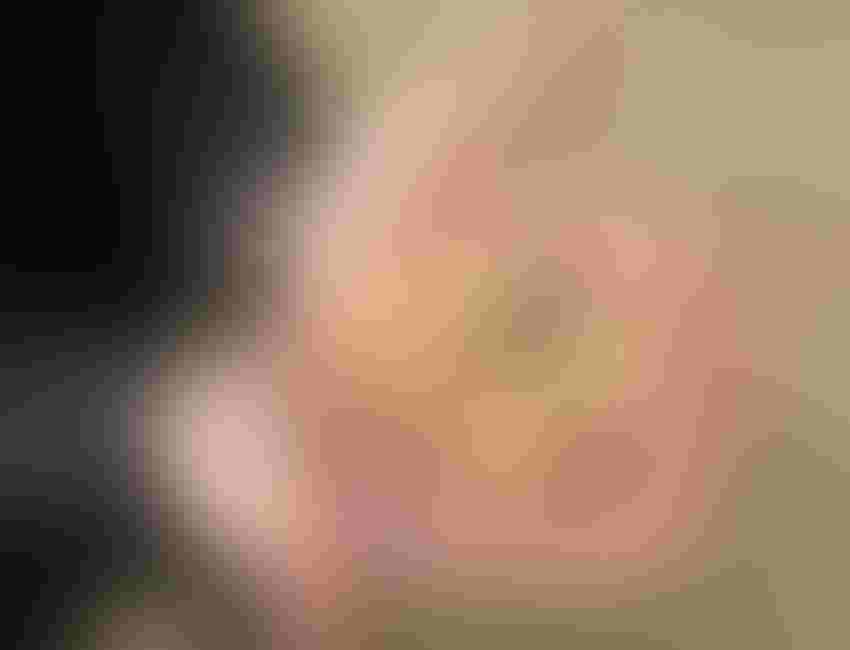 The California walnut industry provides an estimated two-thirds of all the world walnut supplies in any given year, and 99 percent of all U.S. walnuts are grown in the fertile valleys of California.

An estimated 4,800-plus walnut producers in California rely on various rootstocks in their orchards to reduce the chances of serious fungal, bacterial or viral pathogens that can devastate an orchard.

Walnuts are a member of the genus Juglans, a wind-pollinated tree with highly heterozygous genomes – or simply put, a perennial plant that complicates genome sequencing. Researchers have long believed that if an accurate genome sequence was known for the English Walnut and its not-too-distant relative the wild Black walnut, it could open the door to successful breeding that could provide better protection from pathogens.

Such a breakthrough could greatly improve soil-borne disease resistance in walnuts and ultimately lead to breeding a better walnut in terms of tree health and production value.

A new study being conducted jointly by a team of scientists at the University of California (UC)-Davis and USDA’s Agricultural Research Service (ARS) tapped into the genomes of both the English walnut and its wild Black walnut relative using two new technologies.

Long-read DNA sequencing and optical genome mapping provided the science to determine what researchers believe is the highest quality genome sequence ever put together for a woody perennial.

“By sequencing the genome of a walnut hybrid, we produced complete genome sequences for both parents in the time normally required to produce the sequence of one genome,” reports Ming-Cheng Luo, leading genomics investigator and a research geneticist in the Department of Plant Sciences at UC Davis.

According to the study, the cultivated Persian/English walnut, Juglans regia, is native to Asia whereas J. microcarpa is native to North America, where it occurs in riparian areas in the U.S. Southwest (mostly Texas). Both species are wind-pollinated, highly heterozygous, and intolerant of inbreeding.

“The commercial hybrid rootstock J. microcarpa × J. regia possessing tolerance to soil borne diseases is extensively used in walnut production in California. But the development of genomic resources for walnut and its wild relatives, including reference-quality genome sequences, will provide genetic improvement of walnut scions and rootstocks,” the study notes, which was published recently in Horticulture Research.

Luo says in order to “ascertain whether the genome of our hybrid was complete, we compared the total length of its optical map to the sum of the lengths of the optical maps of the parents,” and concluded that the hybrid genome was a complete representation of the parental genomes.

Researchers say the same approach could be used in the genome sequencing of many other woody perennials, making it possible to better understand the genetic blueprints of almonds, pistachios, pecans and even grapes.

“Like walnut, these other crops naturally cross-pollinate and are therefore highly variable,” said Jan Dvorak, co-principle investigator and genetics professor at the Department of Plant Sciences at UC Davis. “Variability has always greatly complicated our ability to produce a high-quality genome sequence for such crops, but these new technologies now make it possible.”

Dan Kluepfel is a USDA-ARS scientist and principal investigator of the walnut-rootstock development project explained why English walnut and the wild Black walnut were perfect for this study.

“We chose to cross the widely used English walnut specifically with the wild Texas Black walnut because of its native resistance to several soil-borne diseases and root nematodes, which are serious pests of walnut in California.”

He said the two assembled sequences of the walnut species will help researchers identify genetic markers that breeders can use to develop new varieties with improved pathogen and pest resistance.

The research was funded by the California Walnut Board and the USDA's National Institute of Food and Agriculture Specialty Crop Research Initiative.

You can read the full study report here.