Researchers are inducing hibernation earlier through use of cold storage to increase bees’ chances of survival. 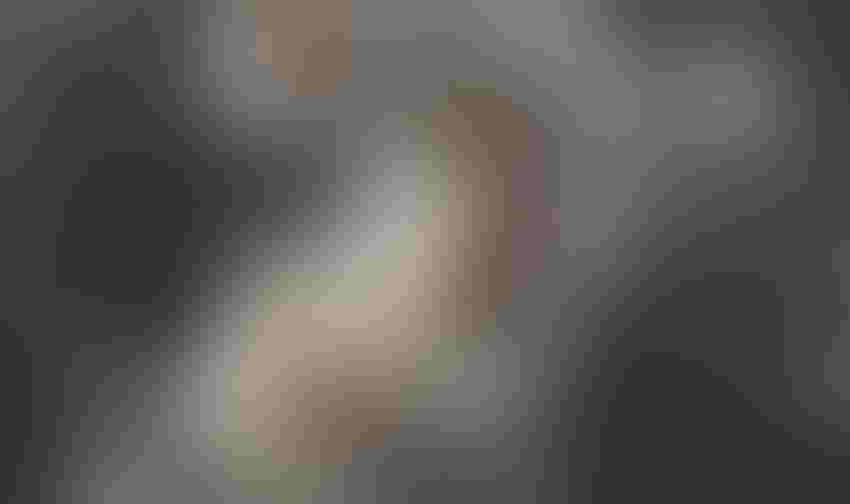 Honeybees work in almond flowers. Researchers are testing the use of cold storage to induce earlier hibernation for honeybees.Emily Watkins deJong/ARS

There are hundreds of quotes about just how beneficial bees are, industrious in their seemingly tireless pollination efforts. One of those is by naturalist Henry David Thoreau who wrote: “The keeping of bees is like the direction of sunbeams.”

Beekeeping is a science and an art as well as a passion. For those who keep their 200-pound colonies as winged employees intended to pollinate California orchards, it’s also a business as almond contracts pay an average of nearly $200 per colony for the hive to do its thing.

The National Institute of Food and Agriculture reports what most of us were aware of: “More than 100 U.S.-grown crops rely on pollinators who value-add some $18 billion to crop production.

“Today, pollinators—especially Western honeybees—are at a critical crossroads after being in a noted decline since 2006 caused by a variety of factors ranging from pests and pesticides to diseases and weather.”

Gloria DeGrandi-Hoffman is the research leader of the Agricultural Research Center’s Carl Hayden Bee Research Center in Tucson, where she spends her days figuring out techniques to optimize colony survival.

“We have a broad mission and spend a lot of time involved with the Varroa mite nemesis as well as coming up with ways to improve nutrition going into winter mode and coming out of it with a healthy population ready to be rented as an effective pollination unit,” she said.

One of the big recent discoveries is that putting honeybees into early indoor cold storage—October rather than November—increases their chances of survival so the colonies emerge more ready to pollinate almonds in February.

“Indoor cold storage is still rather new and we’re refining the technique to optimize survival and colony size just in time for almond bloom,” Hoffman said.

“Last year, one of the best years we’ve had, we still recorded a colony loss hovering around 20 percent,” she said. “And while that loss was better than some previous years that went upwards of 30 and 40 percent, it’s nothing to brag about when a fifth of your inventory dies. Through better management strategies, we think a better goal would be in the 5-10% range of overwintering loss.  Beekeepers are working toward that goal and one of their adaptations is putting colonies in cold storage over winter.”

She focuses on two issues that impact beekeepers -- Varroa mites and climate change.

“Mites transmit viruses and parasitize the bees so unless you’re really vigilant in keeping their numbers down low, you’ll be going into winter with a colony at high mite level and with very little chance of making it through the winter,” she said.

“The second thing is that winter comes later now with a higher number of days over 50 degrees (Fahrenheit) from the middle of October until January, meaning warmer falls and winters and a direct correlation to colony loss,” she said. “Bees will forage when outside temperatures are warm and they’ll try to forage in November and early December when there’s not a lot of food out there for them, burning caloric reserves and aging faster.

“I think a solution to both those problems—having mites re-infecting colonies and having bees flying into early winter, would be to put the colonies in cold storage to reduce the overwintering loss numbers we saw last year.”

The cold storage facilities have chilling units and air circulation that simulate the way winters used to be in past years when bees would traditionally prepare for winter in mid-October. With shorter day length and falling temperatures, they flew very little and were soon done foraging for the year and ready to enter their winter cluster, staying there until March or early April before they began to forage again. That was the cycle of honeybees until climate change disrupted that schedule.

“The models I’ve built find the best time to put colonies into cold storage is around mid-October,” Hoffman said. “Queens start raising brood sometime in January so when these colonies emerge, younger, larger, stronger, it’s just in time to be transported to California where nearly two million bee colonies are needed each spring to pollinate the nut trees.”