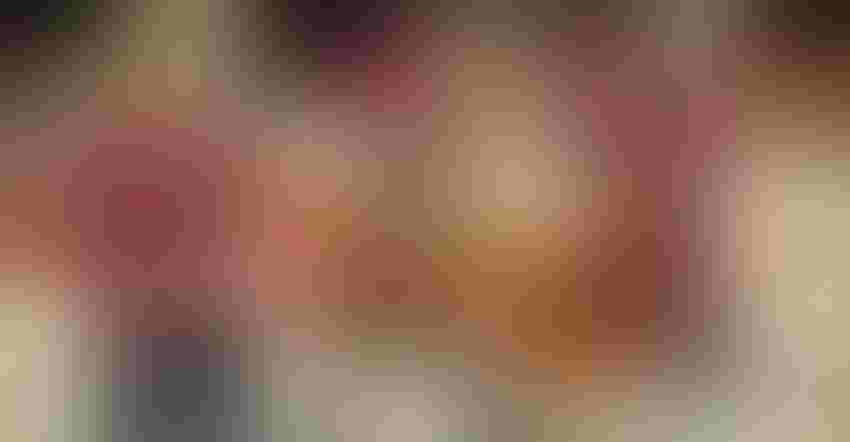 ROBOT BUILDERS: The University of Minnesota is one of seven teams vying to be in a special “final four” competition during the final weekend of March Madness in Minneapolis. The U-M team includes Laura Irvine (left), Nick Schatz and Matt Tlahac. Richard G. Anderson

Telling agriculture’s story beyond the farm gate can be a challenge. Farm industry players are seeking ways to break out and get attention among urban media to share the story of technology in agriculture.

Land O’Lakes has been making that push in some unique venues. Last year during the Super Bowl in Minneapolis, there was the Farm Bowl skills challenge that involved NFL players. This year, Minneapolis is hosting the NCAA Final Four basketball championships and there’s Bot Shot, a robotics challenge. Note, the Bot Shot Challenge is not affiliated with the NCAA or the Final Four, but it is held nearby.

Farm Progress caught up with Kim Olson, Land O’Lakes chief communications officer, to discuss the challenge. As part of her job sharing the news of agriculture to a non-farm audience, the conversation happened while she was in Austin, Texas, for the South by Southwest event — also sharing ag’s story with consumers. “We have seven university teams competing to be in a ‘final four’ for this competition,” she explained.

Working with AndyMark, a company that makes and sells parts and kits for the competitive robotics market, the university teams are challenged to build a basketball-shooting machine to compete in Minnesota. Of the seven teams, only four will make it. And each of those seven are competing in what Olson said is a virtual competition.

“The seven original teams sent us virtual qualifying round information by video, and a team of judges will pick the final four,” Olson said. “Those four teams will come to Minneapolis to compete against each other. The winning team will then play for a $10,000 prize against basketball legend David Robinson.”

Those robot teams will be competing in a game of “horse” — the childhood favorite of many.

The goal is to call attention to the opportunities in agriculture for students in a range of disciplines, and to show the level of skill and technology deployed by the industry.

As for Robinson, he shared in a press statement why he’s involved: “My passion is to help provide educational programming for young people, and Land O’Lakes Bot Shot is a unique way to raise awareness for STEM [science, technology, engineering and math] learning and careers in agriculture. I’m excited to see the creativity of the teams and performance of their roots, and hopefully make a few shots myself.”

Why develop the challenge?

The cooperative has been involved in direct-to-consumer promotions in the past, including SXSW and the Farm Bowl. Olson explained what drives this kind of work. “First and foremost, as Land O’Lakes, we feel like we need to talk beyond the expected audiences. Less than 2% of the population is involved in agriculture, but we want to reach consumers.”

The aim is to get into venues and speak to audiences not in agriculture, showing them where food comes from. “Our cooperative members are supportive of that. Farmers and retailers have shared frustrations of farmers not hearing their story out there as much as they’d like; we want to tell that story in unexpected places.”

She added that another goal is that as an organization, Land O’Lakes has teams of data scientists, engineers, marketers and accountants, and it’s important to “be talking about how exciting modern agriculture is, and robotics can showcase the role of technology and automation in modern agriculture.”

That message is as much about educating the consumer as helping recruit the next generation of technologists into agriculture. Olson pointed to a survey a few years ago where only 3% of graduating college students were interested in careers in agriculture, yet there were thousands of available jobs at the time. “We want to get young people excited about agriculture,” she said.

The Bot Shot Challenge will be held at noon April 7, at DeLaSalle High School in Minneapolis. The event is open to the public, so those in town for the NCAA big event might want to take some time to check out this tech-focused basketball event. Learn more about the Land O'Lakes Bot Shot  event.