Executives from leading crop biologicals companies discuss how naturally occurring plant microbes are ushering in a whole new era of biotechnology that will give crops their next big boost in yields. 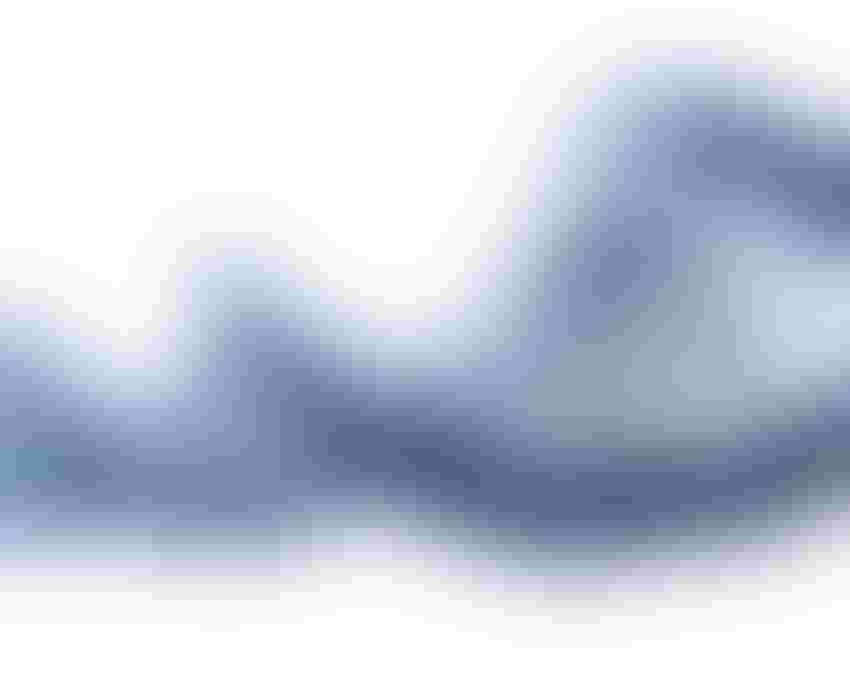 Twenty years ago the idea of 90-plus percent of the U.S. soybean and corn crops containing biotech content was just a pipe dream of a few technologists, yet today the industry has progressed that far. Based on what researchers are learning about plant and animal genomics, work in RNA interference and other key technologies, biotech today is clearly only at the beginning of a whole range of breakthroughs. 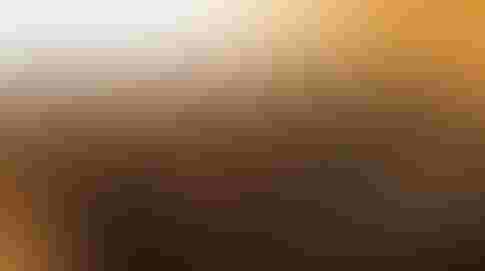 Where is this technology going? What are the opportunities and challenges ahead to progressing from where the industry is today to a new biotech-based culture that could change everything, from how you raise crops to the livestock you produce? A panel of experts got together recently in St. Louis and discussed just those issues. The panel, called “A New Paradigm for Biotech in Ag,” was part of the 2014 Ag Innovation Showcase hosted jointly by the Larta Institute, the Bio-Research & Development Growth Park and the Donald Danforth Plant Science Center. We’ve transcribed the event and share some of that here.

Sara Olson, research analyst with Agro Innovation-Lux Research Inc., moderated the panel and sums it up as follows.

“Biologicals represent the future of crop protection,” Olson says. “From tank-mixed biopesticides that look and feel like chemical synthetics to growth-enhancing microbial soil amendments, biological crop protection will enable farmers to protect their crops from more stressors, and for cheaper, than conventional synthetics. Gone are the days of the snake-oil salesmen; today’s biologicals developers are bringing innovative, powerful solutions to market.”

Knowing where this technology is headed can give you a leg up on long-term planning for your business. The tools you rely on today for weed control or crop yield will keep changing as everyone works to feed the 9 billion by 2050. Panelists are introduced here with their thoughts on this increasingly hot topic.

Berberich: About 20 years ago, the first biotechnology crops were on the market. That was the most gamechanging technology that had come out in agriculture in a long time. We probably have more new technology right now, at the forefront, ready to enter into the agriculture in a commercial way, than we have had in 20 years. So that’s the discussion topic of this panel. We’ll talk about microbiomes, synthetic biology and other epigenetic technology that’s now being developed that are not just impacting the plants, they are actually impacting the way we do agricultural chemical research and development.

Olson: Our panel is called ‘A New Paradigm for Biotech,’ so for those of you hoping to hear about the next Bt gene, I’m sorry, it’s not on the agenda. We’re going to be looking at a new era, if you will, and a new way of thinking about biotechnology. Let me start by reminding everyone what biotechnology actually means: It means the manipulation of a biological process for an industrial or other purpose, including agriculture. My first question is, given the lengthy and challenging process associated with developing crop traits, does the advent of microbial biotech really mean the death of crop biotech? 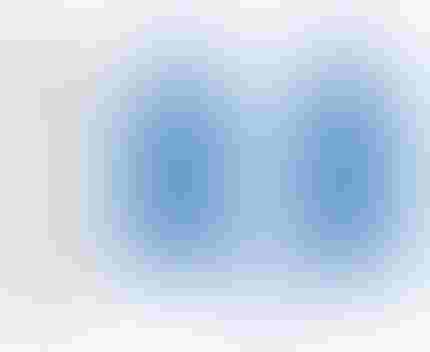 Marrone: No, absolutely not, because they work together in tandem. We have data that shows that a traited corn plant that has resistance to corn rootworm  when you add a biological on top of it — a microbial — you get higher yields and control. You can get other examples of that on all other of all kinds of trait crops.

So, synergy. Do you think that jibes with the very competitive nature of most of agribusiness, in general?

Wagner:  Sharon mentioned in the introduction that we’re representing a lot of the spectrum of what’s happening in the microbial space. There are a lot of other advances that are really revolutionizing crops genetics and biotechnology as well by understanding the complexity of the genome, the role of epigenetics and the ability to potentially control that in a useful way. To Sharon’s point, we are at a revolutionary point of more new technologies becoming available to agriculture, and the efforts understanding the entire environment that the plant grows in and produces its quality and yield in includes the microbiome, includes other aspects of the native genome that we’re now just beginning to understand. So there is a lot of activity happening in crop genetics and biotechnology outside of the microbiome.

Meadows-Smith: To bring forward a GM trait costs the industry $130 million dollars, and it takes 12 to 13 years to bring a GM trait to the marketplace with registrations. So if you can bring forward a microbial that protects that or harnesses that or extends the life of that GM trait, then you will do it and get it to market within four to five years and for tens of millions of dollars, rather than $130 million — you can see that there’s a huge synergy between them — so the seeds and traits companies are going to be our partners.

Something Sharon brought up is the concept of traits without transgenesis — and sort of moving beyond inserting a gene, cutting it out, putting it in, and some of the approaches like Enhanced Ploidy or the CRISPR [clustered regularly interspersed short palindromic repeats] system or TALENs [transcription activatorlike effector nucleases], things like that. Anybody have a feel for what nontransgenic crop modification technology there is on the horizon, or on the market now?

Wagner: It’s probably a better question for Sharon, with her involvement in targeted gene alterations and the types of technologies you just mentioned. I was at a conference in Australia a few weeks ago, where one of the foremost leaders in plant biotechnology gave an overview of crop biotechnology. He said the fact that we can now target specific traits gives us the ability to make modifications that we didn’t have 10 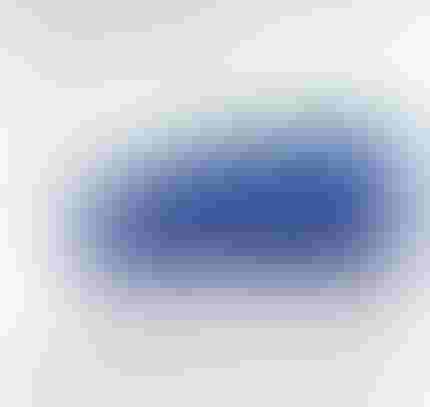 years ago. The technology has accelerated very quickly, giving us the opportunity to work on traits that are more recognized and beneficial to the end user, for the consumer. So you can actually modify pathways to make healthier end products in grains, etc., which has been difficult to tackle through standard gene insertion methcontinued from page 25 ods. Possible, but more difficult.

How big a role is public perception of these products being developed?

Wagner: If you’re talking about the microbial space … If you look at the traditional success in biotechnology gene modification, it has been in crop protection; for example, Bts and herbicide tolerance. One of the areas that we haven’t had that much success in is fertilizer efficiency and plant nutrition, and I think there are a lot of good physiological reasons within the plant why that’s been quite difficult. But I think it’s an area in which you can approach the market, and that first area — the very large area of plant nutrition and fertilizer use — is now something that has opened up by the use of microbes and how those could be designed around the crops and used in different applications. So, there’s a whole field of agriculture that biotechnology has been missing from but now is possible, and I think that could have a huge impact on public perception, because we are beginning to see regulation on fertilizer use become more prominent — not only in the U.S.,  state by state, but also around the world. It’s a huge issue for us.

So, do you think that biological approaches to fertilization have better odds going forward? Both public perception and regulatory- wise? 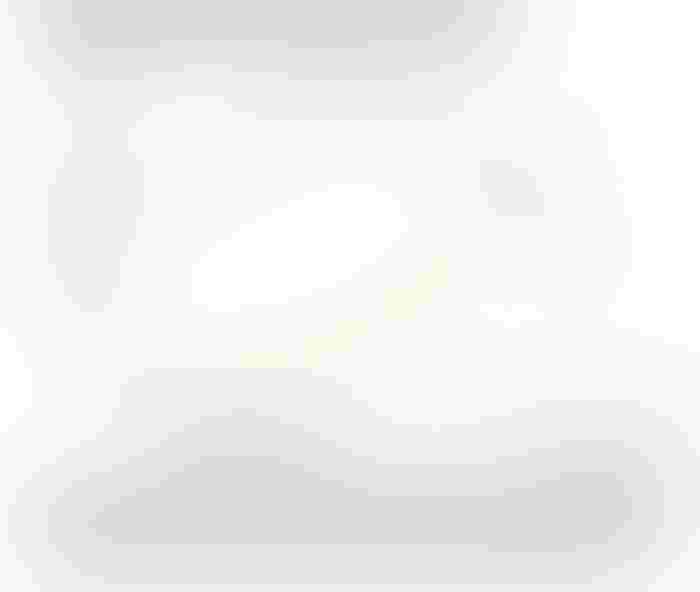 Marrone:  When I talk to consumers, they understand the difference between bad microbes and good microbes because they eat yogurt, they know Activia and probiotics, and they do distinguish that between things like salmonella and E. coli.  So we’ve pioneered getting such a product into water with the first-ever biological for treating lakes and pipes for invasive zebra mussels. Christmas Lake in Minnesota is actually being treated with the product as the first open-water lake treatment. The key in getting the public to accept it is education. A lot of outreach prior to the treatments was necessary — but everybody’s excited because there’s no chemical or other solution for the mussels in these types of environments, so it is a great solution for them.

Meadows-Smith:  When I was a geneticist, my first job was in research, and we always used the sledgehammer to smash up DNA and threw chunks of DNA. Now, with the genome, the decision is down to a single base pair and it is amazing where [the science] has gone. But you can only use that sort of scalpel to change a certain number of things. You need to know what you’re looking for to make those changes. Something as big and as complex as nutrient efficiency is going to require a different set of tools, maybe a combination of tools, to get there, and that’s where complementary partnering with geneticists, seeds and traits companies, and microbiologists makes sense.

Final question. There’s sort of this pervasive culture of distrust of bio-stimulants in ag amongst farmers in a lot of cases. There’s the fear of the ‘snake-oil salesman,’ a phrase you hear so often that you get sick of it. How do you — short of going the ProAgro route and doing molecular biology on every product for every potential crop — how do you get around that? Is there a way around it?

Marrone:  I really think it has to be science-based. In our case we have a unique approach in that we look for microbes that are pesticidal, and then we deploy those same microbes for use as bio-stimulants. We look for dual use and so, therefore, farmers have the surety that they’re getting something from the pesticide, in addition to the drought tolerance and all those other things. So it’s a more unique approach than others.

Smith:  I think that the more data you have to demonstrate how something works, the more confidence people are going to have — if only because you, then, will be able to convince them that you know how it works. Having that data is going to go a long way.

To learn more about the next Ag Innovation Showcase, set for Sept. 14-16, 2015, in St. Louis, visit aginnovationshowcase.com.