While it's wheat's 'ugly stepsister', barley has a double cropping niche plus a developing beer malting market. Consider these 5 options. 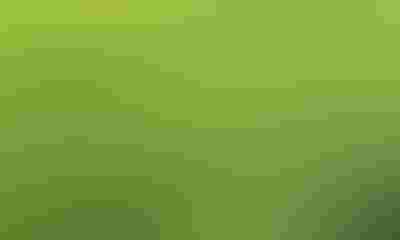 With the early harvest of corn and soybean crops, weigh the potentials of drilling a barley double crop/cover crop instead of wheat this fall. Sure, it's wheat's "ugly step sister" and is often discounted in the feed grain marketplace. None the less, it has five potentials worth considering, suggests Greg Roth, Extension agronomist at Penn State University.

* Barley's early harvest window, compared to wheat, amounts to a two- to three-week advantage, depending on whether it's harvested as a silage or grain. It serves as a winter cover crop that allows earlier planting of corn, soybeans or forages.

* Chopping the crop for silage at the soft dough stage gives you that earlier window for planting that double crop. Most farmers use a taller beardless line and get pretty good yields, adds the agronomist. This could be an alternative, especially if corn silage inventories are anticipated to be short.

Yields of 5 tons per acre of dry matter aren't uncommon. Lodging can be an issue, though, since some of these lines are taller than others. But harvested as a silage, lodging is less of an issue.

In 2014, Penn State conducted a trial using the growth regulator Palisade on the Valor variety. It shortened the crop by 3 inches and eliminated lodging without impacting grain yield.

* Market discounts make this grain cheaper to feed than corn in beef and dairy rations. It may reduce the need for storing corn into summer. And, barley straw prices are generally good in the Northeast, adding to returns.

* Consider hulless barley, used in poultry rations for supplemental energy and protein. Cotner's Farms, at Danville, Pa., has been contracting hulless barley based on the corn price. That helps avoid depressed harvest-time prices that sometimes occurs.

New varieties like Dan and Amaze10 have improved yields. And Roth notes that Virginia Tech has found hulless barley to be more responsive to increased seeding rates up to 2.0 million seeds per acre or about 25 seeds per foot of row.

Malting barley is an up-and-coming crop, albeit a small one, as the craft brewing industry grows. You'd need to work closely with a malt house to grow a specific variety for malting. And the crop must be managed for high grain quality and low protein.

One is a germination rate of at least 95%.

Then there's very low moisture content, kernel plumpness, and very few broken kernels, according to Adam Seitz, owner of Penns Mault, a Spring Mills, Pa., based malthouse. Barley meeting the standards  earns a premium. But he adds, a 100% acceptance rate is unlikely.

Malting-quality barley can definitely be produced in Pennsylvania, "but not year after year after year," he says. Variable weather conditions and disease pressure make it difficult. Barley yellow dwarf and Fusarium head blight or head scab are two diseases that compromise barley grain quality. Winter kill can also be a problem. That's why you need an alternative market if the crop is unmarketable to maltsters.

A fungicide program to limit Fusarium head blight should also be considered, he adds. And timely harvest is critical as some lines lack sprouting resistance present in feed barleys.